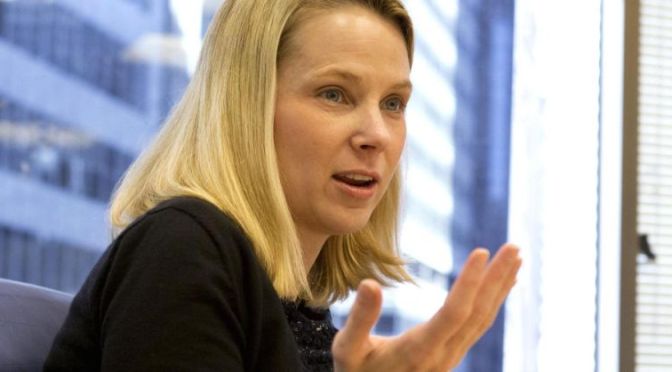 Recently, I read this article about Marissa Mayer . This quote infuriated me (emphasis mine):

My husband [the venture capital investor Zachary Bogue] runs a co-working office in San Francisco…And if you go in on a Saturday afternoon, I can tell you which start-ups will succeed, without even knowing what they do. Being there on the weekend is a huge indicator of success, mostly because these companies just don’t happen. They happen because of really hard work.

I read my fair share about the tech world. I haven’t encountered statements this utterly arrogant and silly in a while.

What in the actual f—?

This idea that someone could “tell you which start-ups will succeed, without even knowing what they do” is so comically arrogant, I honestly can’t tell if she was being serious.

I guess this kind of thinking from Mayer shouldn’t be all that surprising.

After all she’s the CEO who banned remote working. To her, working together in person, in the office, is the only way to do great work.

As a refresher, here’s a snippet of the leaked memo Yahoo (NASDAQ: YHOO) sent to its employees:

To become the absolute best place to work, communication and collaboration will be important, so we need to be working side-by-side. That is why it is critical that we are all present in our offices. Some of the best decisions and insights come from hallway and cafeteria discussions, meeting new people, and impromptu team meetings. Speed and quality are often sacrificed when we work from home. We need to be one Yahoo!, and that starts with physically being together.

Because let’s not forget — being physically present means you are doing your best work! Speed and quality can only happen in person! Never mind that many other companies have been successful with remote teams.

So maybe that helps explain why Mayer believes she can walk into an office on a Saturday, survey who’s there in person, and can declare the winners.

Because to her, if you’re not there physically, you’ve already failed.

In the same article, Mayer talks about her experience at Google (NASDAQ: GOOGL):

The other piece that gets overlooked in the Google story is the value of hard work….The actual experience was more like, “Could you work 130 hours in a week?” The answer is yes, if you’re strategic about when you sleep, when you shower, and how often you go to the bathroom…For my first five years, I did at least one all-nighter a week, except when I was on vacation — and the vacations were few and far between.

While that might sound crazy to most of us, I don’t really have a problem with it.

She was making a decision for herself. She decided to work long hours, pull all nighters, and eschew vacations. That’s her call. ¯\_(ツ)_/¯

But it’s not OK to imply that kind of work/life imbalance is a key to success for others.

Hey, if someone wants to work themselves into the ground, that’s up to them.

But spreading the message that hard work and success can only be achieved through long hours and weekend work — that’s not OK. It’s patently false, and it’s already far too pervasive in our industry.

Look, I get it — by every objective measure of Ha Ha! Business Success™(financial, title, industry stature), Mayer is insanely successful. She has achieved far more in her professional career than I ever will.

But I also don’t work weekends. I don’t work 130 hours a week. I don’t commute to an office.

My measures of success are way different. I goof off with my kids a lot. I read. I watch movies. I eat donuts and pizza. I occasionally travel. I sleep 8 hours a night. I’m rarely stressed. I revel in being boring and old.

And I do that all while genuinely enjoying my job and the people I work with (who I rarely see in person).

In Mayer’s world, I could never be a success.

I’ve never been so f—-g happy to be a failure.

On weekdays, for about 40 hours a week, I help build Basecamp 3 and its companion Android app. And we somehow managed to build it 100% remotely.