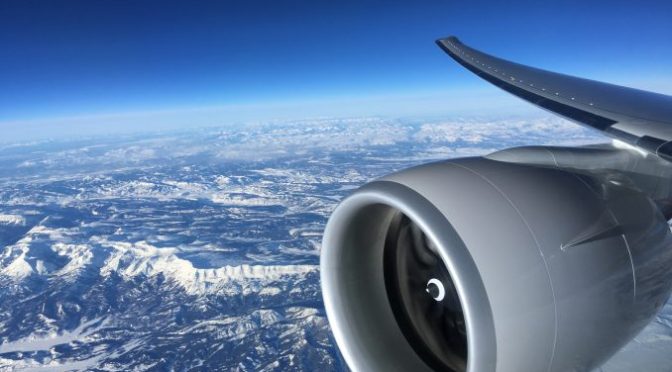 A World Leader in aviation

GE Aviation is currently one of the top aircraft engine suppliers in the world. This subsidiary of General Electric offers engines for the majority of commercial aircraft and continues to lead innovation within the industry. GE Aviation has a long and rich history that begins over 100 years ago.

With the advent of Edison’s light bulb came the demand for electricity. A company called General Electric stepped up to the plate to provide efficient steam turbines that replaced piston engines at power plants. In 1903, GE engineers Charles Curtis and William Emmet built the world’s most powerful steam turbine for a power plant in Rhode Island.

This was a key advance for the company. In the same year, another engineer, Sanford Moss, built a revolutionary gas compressor that uses centrifugal force to squeeze air before it enters a turbine. This compressor was put to use…

Know you have heard it from me,but the signal sytem is IMPORTANT 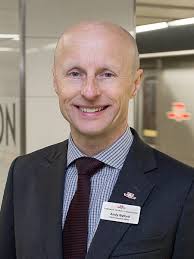 New York City Transit President Andy Byford unveiled what some agency board members regard as a bold plan to bring the most critical parts of the subway system into the 21st century in just five to 10 years as opposed to the previously projected 40 years.

The plan will close stations overnight and temporarily inconvenience millions of riders for the sake of completing a full install of Communication-based Train Control to replace the century-old analog signals across multiple lines.

“Our plan demonstrates what can be done in advancedly expedited time frame to transform New York City Transit from its state of emergency,” Byford said with emphasis on the last three words at Wednesday’s board meeting. “It won’t be easy to complete such massive upgrades on such a compressed time frame on such a busy system. Transit is in a trough right now, but we can and we… 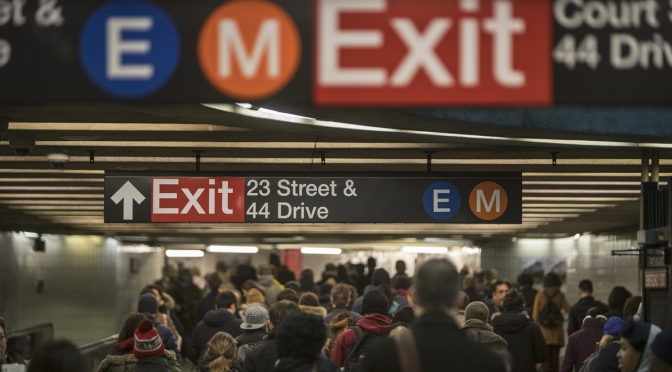 This is a Difficult situation as the MTA works on recovery

Dumping a whole lot more G train riders into the transfer to the E and M lines is likely to leave little room for existing Queens Boulevard line riders.

During the upcoming L train shutdown set to begin in early 2019, the MTA expects 70 to 80 percent of displaced L riders to take other subway lines. This will affect not only those displaced riders, but all the commuters who currently take the lines that will become filled with L refugees. This week, the Village Voice examines the impact on the E, F, M, and R lines. Click here for previous editions and other L train shutdown coverage.

The E train doesn’t have any extra capacity — it’s already at its upper limit, thanks to its unaccommodating terminal at the World Trade Center. The MTA knows this, which is why the authority picked the E for a pilot…

MTA New York City Transit President Andy Byford revealed a comprehensive plan to completely modernize every major aspect of the organization and its services, from subways to buses to accessibility to corporate culture.

Highlights of the plan include:

State-of-the-art signal and track infrastructure for optimum reliability, performance and safety. Within five years, the latest computerized signal and track infrastructure will be installed on five additional lines, so three million daily riders are on lines with Communications Based Train Control (CBTC). Within 10 years, these benefits will cover a total of 11 additional lines, benefiting five million daily riders. This work will also require the… 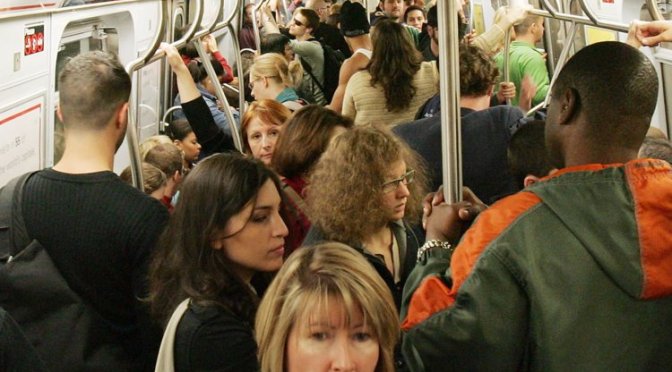 Vistra Energy Corp and Dominion Energy Inc — which serve about 5.5 million electricity customers in more than a dozen US states — both say they are done building combined-cycle natural gas-fired power plants.

Instead, they are building large solar plants, which offer plentiful and inexpensive electricity.

This bearish view of fossil-fuel energy, reflective of a growing acceptance by utilities of renewable power sources, poses a hurdle to John Flannery’s plan to turn around General Electric Co’s US$35 billion-a-year power unit.

With electricity prices trending downward, utilities are increasingly unwilling to risk capital on a new plant unless then can lock in a long-term price, executives said.

GE faces a further challenge: long-term erosion of the large base…

Southeast Florida’s unique Brightline passenger-train service began operations to and from Miami last weekend with sold-out trains, but a timetable for starting work on a new phase between West Palm Beach and Orlando has yet to be announced.

“We had more than 8,000 guests in our station and on-board our trains,” Ali Soule, a spokesman for the privately owned and operated passenger line, said Thursday.

Brightline expects extension of service to Miami to substantially boost the usefulness of its trains, which for the first four months of operation ran only between Fort Lauderdale and West Palm Beach.

The extended service has an 80-minute scheduled travel time between Miami and West Palm Beach, including a three-minute stop in Fort Lauderdale, with eight train trips per day in each direction.

Brightline, operating on tracks belonging to the Florida East Coast Railway, is…

BERLIN – A full buildout of the website for the upcoming CTrail Hartford Line passenger rail service is now live.

Accessible at hartfordline.com, the website provides future riders with information on the service’s launch on June 16.

When service begins, 17 trains will run between New Haven and Hartford, with 12 of them continuing on to Springfield, Mass., up from six trains previously run solely by Amtrak.

Amtrak trains and trains specifically designated for the Hartford Line will travel up to 110 mph. A trip from New Haven to Springfield will take 81 minutes.

Service will be free on June 16 and June 17, with full weekday service starting June 18.

Parking will also be free through Sept. 4, and then $2 daily or $20 monthly, free on weekends and federal holidays. The Berlin station will have parking for 220 vehicles when complete.

The entire southbound and a portion of the northbound platform of the Berlin station will be complete when service begins, with the whole northbound platform expected to be done by fall, DOT representative Judd Everhart has said. The rest of the passenger bridge, which houses ticket machines and an elevator, is complete.

The station was supposed to accompany a over-100-year-old train station before that building burned at the end of 2016.

Fire officials called the cause “undetermined” after months of investigation, partially held up by insurance claim battles with the DOT.

Development of a mixed-use residential and retail building is in the works for the land adjacent to the train station.

The Berlin Historical Society has been pushing for a rebuild of the station and use of remaining renovation and insurance funds for the project, but DOT officials have said those funds have been directed toward the renovation and cleanup of the site.

The DOT has said it is willing to cooperate with the historical society and the town on any future ideas for the land.

I want to be part of this great project! Will contact MTA!!!

Within 10 years, the subway system will feature a state-of-the-art signal system, become more accessible, have a new fare payment system and boast thousands of new subway cars and buses. These ambitious improvements are all part of a plan released Wednesday by New York City Transit Chief Andy Byford and the MTA, called “Fast Forward: The Plan to Modernize New York City Transit.” And the plan does intend to move very quickly. Byford expects work previously estimated to take nearly 50 years to be completed within the next decade. The top-to-bottom modernization of the system will no doubt inconvenience commuters, with possible changes to bus stop locations, as well as station closures and service disruptions. “Fast Forward” breaks down into two five-year plans, with the first half estimated to cost $19 billion and the next five years to cost $18 billion according to the New York Times. However, a cost estimate of the plan…

Investors react badly to message about a ‘journey’ towards decentralised group of businesses
Delivering the closing speech at the Electrical Products Group conference in Florida — one of the big events of the year for US manufacturers — John Flannery spelt out his philosophy for turning round General Electric. Since taking over as chief executive last August, as the company faced a host of problems including downturns in key markets and lingering liabilities from its financial services operations, he had taken a “deliberate and methodical” approach to change, he told the attendees. “Being deliberate and then moving when things make sense, as opposed to moving just because somebody wants to, is just my style,” he said. That would not endear him to everyone, he acknowledged, but he was confident he was doing the right thing. Investors wanting “super-short-term decisions” were “maybe not my target audience”. The…