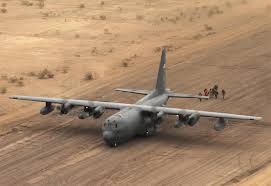 New York National Guard’s 106th Rescue Wing has supplied dramatic video of air rescues of stranded victims of Hurricane Harvey. In the videos, members of the Guard can be seen hanging onto terrified, water-logged victims as they are hauled by rope up to a helicopter hovering over churning flood waters. Some of the littlest victims are bundled up in blankets — and at least one had a tail. The 106th has so far rescued 345 individuals, Gov. Andrew Cuomo’s office saidWednesday. In total, Cuomo has deployed a total of 119 Airmen, three HH-60 Pavehawk rescue helicopters, two HC-130 search and rescue aircraft and several boats and watercraft to the Texas rescue effort. (via the Brooklyn Daily Eagle)

We do not compute, we calculate.