As Supply Chain Management (SCM) grows, so does the electronic commerce interface that is required. After all, you cannot run Supply Chain Control Tower unless all the pieces of the puzzle are present. Let’s discuss specifically suppliers.
The retailer would be the one setting the standards and requirements. You, the supplier will now have a vital role. Let’s not forget it is NOT a one-sided deal. YOU will be participating in the benefits from this exchange.

The first thing for you to do is determine if you have the internal capabilities and resources to successfully implement your own EDI department or should you outsource your EDI requirements to a 3rd party EDI provider. A 3rd party EDI provider will act as your own EDI department and will take away the problems and complexities of using EDI. Typically you currently do not have or require a large organization, so ramping up and running a dedicated EDI operation could be an expensive mistake.

Don’t go away yet! Another choice is still to be made. Do you simply outsource EDI or do you search out a managed services solution? The typical reaction to this question is: “What is the difference?” 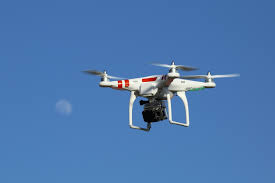 We need to talk anti-aircraft weaponry.

More and more so-called enthusiasts are sending drones into the sky. This means that more and more normal humans are becoming enthusiastic about shooting them out of the sky.

Especially, as in the case of William H. Merideth, the drone is hovering over your house.

Merideth, 47, lives in Hillview, Kentucky. As WDRB-TV reports, a neighbor heard gunshots and called the police. Merideth allegedly told the police that a drone was hovering over his house, where his teen daughter (he has two) was sunbathing. So he pulled out his gun and gave it a merry death.

The drone’s owner, police say, said he was flying it to take pictures of a neighboring house.

However, Merideth told WRDB: “Well, I came out and it was down by the neighbor’s house, about 10 feet off the ground, looking under their canopy that they’ve got under their back yard. I went and got my shotgun and I said, ‘I’m not going to do anything unless it’s directly over my property.'”

And then it allegedly was.

He says that shortly after the shooting, he received a visit from four men who claimed to be responsible for the drone, who explained that Merideth owed $1,800.

Merideth says he stood his ground: “I had my 40mm Glock on me and they started toward me and I told them, ‘If you cross my sidewalk, there’s gonna be another shooting.'”

There appears not to have been another shooting. However, Merideth was arrested for wanton endangerment and criminal mischief. There is, apparently, a local ordinance that says you can’t shoot a gun off in the city, but the police charged him under a Kentucky Revised Statute.

I contacted both the Hillview Police Department to ask for its view on proceedings. I will update, should I hear. However, an FAA spokesman told me: “Shooting at aircraft poses a significant safety hazard. An unmanned aircraft hit by gunfire could crash, causing damage to persons or property on the ground, or it could collide with other objects in the air. Shooting at an unmanned aircraft could result in criminal or civil charges.”

The FAA’s recommendations include not flying above 400 feet and “Don’t fly near people or stadiums.” The FAA adds: “You could be fined for endangering people or other aircraft.”

The Transportation Trust Fund, which provides federal money for repairs and improvements, runs out

The Record: Planes and buses

Inside the Port Authority, the Corrupt Powerhouse Behind Christie’s Bridgegate Scandal

Supply Chain Management’s biggest contribution to the corporaton’s bottom line is to improve the order to cash process. It is so important that order to cash improvement should be the first line in SCM’s mission statement.
The amazing thing many organizations fail to realize is that the tools to improve order to cash are probably in place. No, you don’t even need to build an SCM Control Tower. These tools: ERP and EDI. The catch is that EDI and ERP must be INTEGRATED!

In corporate histories, EDI and ERP were many times implemented separately by separate groups for different motives. Attempts to bring the two together were answered with “customization”.

ERP (Enterprise Resource Planning) software typically consists of multiple enterprise software modules that are individually purchased, based on what best meets the specific needs and technical capabilities of the organization. Let’s assume they are linked together as necessary; and have the ability to create, receive and manage the supply chain business.

in the time that I’ve occupied

this corner between sixth

and road to nowhere

I’ve been gassed by buses,

dismissed by the suits,

screamed at by some dreadlocks,

and yet I wait

won’t you come and rescue me

from this concrete prison 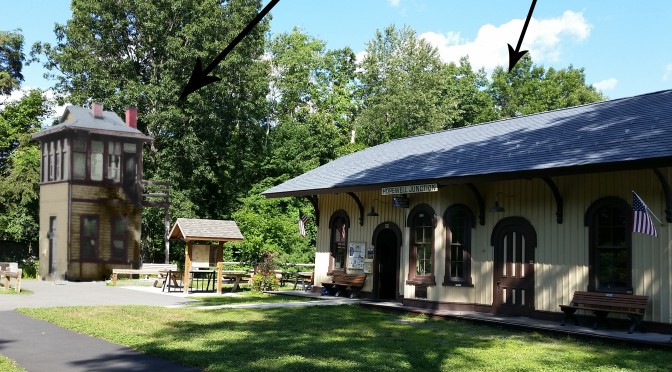 Now they have a new and ambitious project. A new signal tower! The Tower Crowdfunding effort is now live on CauseVox and they have a Tower page on their web site!
Support the Hopewell Depot Tower Build campaign!
Learn more about the tower fundraising campaign on CauseVox.

The statement below explains their plans:

Almost 20 years ago, we began an all-volunteer effort to save Hopewell Junction’s last-standing railroad building. We opened that to the public in 2012.

Now we want to continue showcasing the community’s industrial past and also add the first high-quality restrooms to the adjacent Dutchess Rail Trail.With your help, we will build a replica of the switching tower that stood here from 1892 to 1938.

The tower will add to the historic value of our park, as we preserve the history and tell the story of the region’s railroads and the founding of Hopewell Junction. The restrooms will be on the first floor and the second floor will feature educational displays.

The lazy day approach is still ongoing here at Amateur Airplanes and I am starting to see some good in it. While it isn’t ideal for me to take such a different approach, it’s teaching me that every set of builds doesn’t have to be efficient every day. It also isn’t like I haven’t done anything at all in the past few days. The Sea Fury has caught up and I started painting the invasion stripes. Flat white was used first and now I need to mask off the white to accept the flat black. The F-4 is the other build that has seen some progress. The wing roots look good after priming and I filled a few more gaps here and there to finish up. The rest of the wing assembly has been completed and I thiink I can call it ready for paint. So not my usual production…

One of the biggest business changes wrought by the rise of the Internet is omnichannel retailing – the ability for consumers to make purchases at any time in any place, and then have the product directly delivered to any address in the world.
This creates a major challenge for suppliers who don’t yet have fully operational EDI and automated, real-time processing. Consumers don’t just want products on demand – they also want accurate information concerning product availability, when the product will ship, and when it will arrive. Providing this information requires that the supplier’s ERP and EDI systems are integrated, and that real-time updates flow between EDI systems, the retailer’s ERP, and the customer interface.

EDI providers make much of the technical coordination easier by providing infrastructure that seamlessly connects the supplier’s and retailer’s EDI systems. This, in turn, makes it easier for perfect orders (orders that meet 20 criteria first specified by R. Wang at Constellation research) to be accomplished, with suppliers fully participating in omnichannel orders.

Visibility
Perfect orders aren’t necessary, most of the time, to satisfy consumers’ needs. But many of the criteria are crucially important. Just as visible, real-time order tracking is vital for omnichannel sales, the same visibility for all orders can work wonders in getting orders perfect (or close to it).

Read more: http://www.ec-bp.com/index.php/articles/industry-updates/11189-omnichannel-marketing-visibility-and-the-perfect-order#ixzz3jQax4UpN
EDI Made Simple: A New Approach
This paper will present a clear, simple path to successful implementation of a highly productive and profitable EDI initiative in your company. If you’re about to bring EDI into your processes, this brief will help you avoid the potential pitfalls encountered when approaching it without this guidance. If you’ve attempted to implement EDI already, you’ll likely recognize at least some of the problems we describe, and gain from our explanations on how to avoid them.
Read more: http://ec-bp.com/#ixzz3jQbUfsvY

There is no shortage of stories in the media about how difficult it is building High Speed Rail in America. There are also stories about how we are behind other countries when it comes to High Speed Rail. Many stories claim that America is the wrong place to build High Speed Rail. What these stories fail to write about is what is needed before you can build a successful High Speed Rail service.

After World War II, the United States mostly dismantled both its urban and intercity rail passenger networks. At the same time cheap open farm land was being turned into suburban housing built near to new freeways. All of this was made possible by inexpensive autos, cheap gasoline and affordable housing in the suburbs.