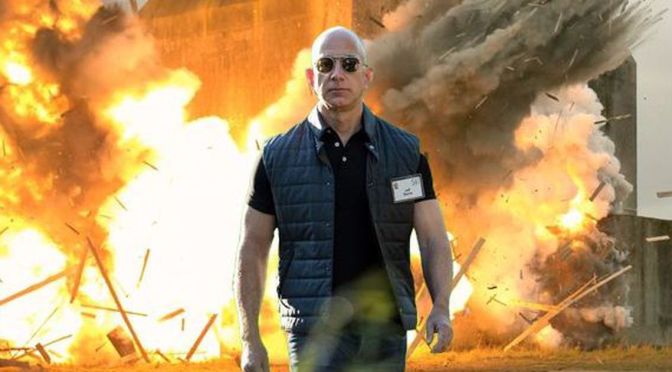 Last night I finished planned work early and decided to do something I had never done before! Go on TWITTER. So I typed “www.twtter.com”. I guess I am already logged in because of always posting blogs and WebSites. They must “track” my interests as I got a lot of train pictures.

Then I got a “tweet” from @Write inTrump
“Jeff Bezos may be the richest man in the World but how many nuclear submarines does he have?” 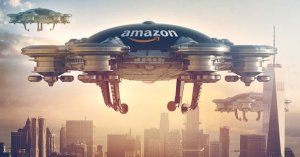 Then I got a picture of Amazon Headquarters 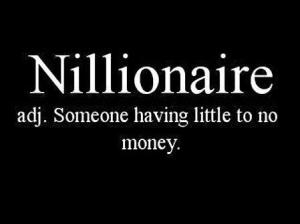 Then I got tired and gave up. 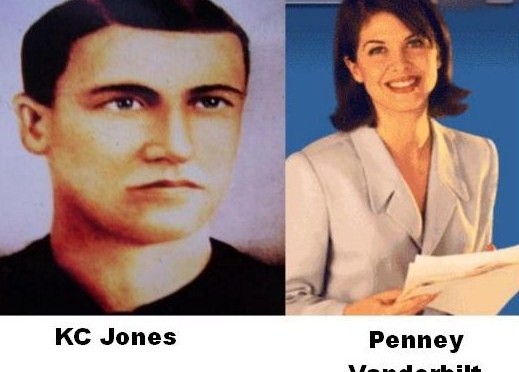 If you follow us, you know that we USED TO HAVE 3 WEBSITES

Well, the GOD of the Internet, GOOGLE decided to KILL US

“This WebPage is being updated.
GOOGLE no longer supports it because it is not REMOTE ACCESS FRIENDLY
See the new WebPage at:
(new name)
In addition, WE ARE NOW ADVERTISING FREE
WELL; We Started new WebSite
https://penneyandkc.wordpress.com/

The new WebSite is very popular. It is much better than old ones.
New host for all this is WordPress who is great too.

At same time we got rid of paid advertising. AMAZON was taking all the money….not us.

LET US KNOW YOUR COMMENTS!!!!!

WordPress has added a feature to WebSites that they already use for BLOGS: the FEATURED IMAGE

If you see a site with a BAD FEATURED IMAGE, please send a new one

Thanks and have a good day. 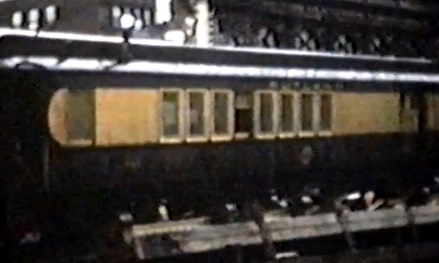 #1 The Fabled “Rutland Milk”
A Rutland Railroad “Rider Car” rolls through Troy Union Station on the milk train from Ogdensburg, NY to West Side Freight Yard in New York City.

#3 Here You Go Railfans, Although the Harlem Division to Hudson Division Connection, Part is Sill In Operation.

#4 Newington Junction Railroad Stations. The depot on the left was built in 1891 by the New York & New England RR. The passenger station on the right and the freight depot behind it were constructed by the NYNH&H in 1890. 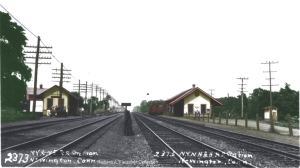 #5 Connecticut’s WALK BRIDGE: Save It, Replace It or reuse parts. 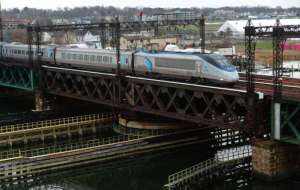 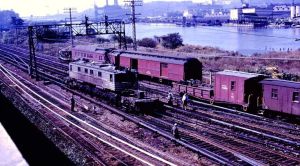 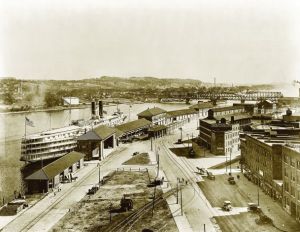 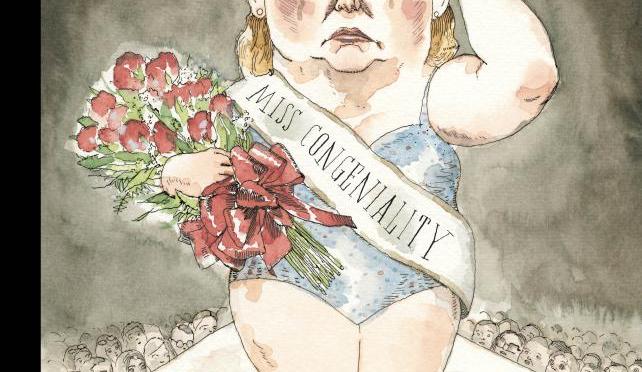 Must admit I did lot of political stuff when Bernie was active. Never touched Republicans. Now it is my turn to endorse a candidate. My Favorite Magazine, the NEW YORKER, did it in a cool way. YES, a 131 kilo / 289 pound Miss Universe sounds cool.

Much of what I do day-to-day is not glorious. Sometimes I get to write, what I call great blogs. You may not agree that SO HOW IS THE 124-YEAR OLD “START-UP” COMPANY DOING? is great. But I do. I spent several hours working on it.

Many times I think I am in the wrong business. I obviously love writing blogs. I love picking other blogs to REBLOG. But the STUFF that goes along with it is absolute “BS”. Respond to comments on WordPress. Go onto FACEBOOK and respond to whatever. Same with TWITTER, PINTEREST and the other little followers. Not Like the old days when I wrote about SUPPLY CHAINS. 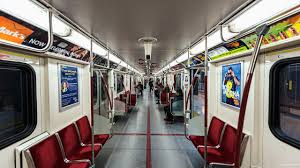 NYC subway in an attempt to modernize the aging transit system. Chief among those is the introduction of more than 1,000 new subway cars (some of which will have an open-gangway design) that’ll be filled with tech-focused upgrades: Wi-Fi, USB ports, the whole nine yards. Some subway stations will get revamped; others will get better wayfinding systems; and countdown clocks are apparently coming to more stations.

These are all good things, right? Well, sure, in theory—but we all know how long it can actually take for improvements to actually get made to the subway system. (We see you, Second Avenue Subway.)

Plus, there’s the fact that there are other urgent improvements that could be addressed, but aren’t quite as fancy; things like repairing stations that are falling apart, for example, or bringing the system up to a “state of good repair” (a process that could, admittedly, take up to 50 years).

With all that in mind, we’re curious: What changes do you want to see in the NYC subway system? Cleaner stations? Wi-Fi underground? More public art? Take any and all suggestions to the comments (and remember to play nice).

I am not one who usually complains. Even my complaints are kind of mild. A lot of bloggers probably will laugh at what DOES bother me.

(1) Bloggers, some who sell their own books for example, stick little advertisements right in the middle of a page. I keep looking for a « EXIT » OR « X » to get rid of the horrid box.
(2) While bloggers may or may not go on Facebook, we must be signed-in to post there. Facebook insists on sending us « instant notices » of new posts.
(3) WordPress is a publishing platform that makes it easy for anyone to publish online, and proudly powers millions of websites. It comes in two flavors: the fully hostedWordPress.com, and the self-hosted version, whose software is available for free atWordPress.org. WordPress.com sites send blogs for you to read, like or reblog at set times….which YOU can control. WordPress.org sends new blogs whenever THEY want.
(4) The stupid bouncing logo on Goggle Search.
(5) There is no picture. That is what is wrong ? 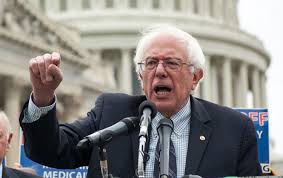 Could billionaire entrepreneur and Shark Tank host Mark Cuban be considering a run for president?

You’d think from the tone of a blog post he published Monday, entitled “Some Thoughts on the Presidential Race and Socio-capitalism,” that it has at least crossed his mind. In the post, the outspoken Texas native ripped into candidates from both parties for what he perceives as a lack of leadership, poor understanding of technology, and an inability to craft a sound fiscal plan.

Cuban’s post is well-timed, with the New Hampshire primaries getting underway Tuesday and polls showing many of the candidates running neck-and-neck. The rhetoric in the run-up to the primaries has at times turned ugly in debates and town halls, where asserting progressive or conservative bona fides and voicing extremist views have often usurped discussion of the issues voters care most about.

he cites Millennials, who most frequently include an element of social entrepreneurship in their business plans. And he links their ideas and enthusiasm about using business to solve social problems to their support of Sanders’s campaign:

How can it be a surprise that Millennials are excited about Bernie Sanders? Millennials EXPECT capitalism to reflect a socialist element. I don’t think Bernie knew this going in. Either way, any candidate that expects to get millennial votes needs to understand that your father’s capitalism is not … how they understand the world. Soci0-Capitalism [sic] is who they are and what this country will be. Whether you like it or not. 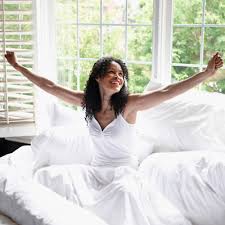 What are some examples of the morning routines and habits of successful people? originally appeared on Quora: The best answer to any question.

Answer by Alok Sharma, intern at IIRS-ISRO, on Quora

1. Wake up early.
2. Decide and review what to do for the day.
3. Work out.
4. Have a healthy breakfast.
5. Maintain a journal.
6. Meditate.
7. Finish difficult tasks with focused work.
8. Outlearn their competition.

1. They wake up early

What do Benjamin Franklin, Ernest Hemingway, Starbucks CEO Howard Schulz, Virgin founder and CEO Richard Branson, Apple CEO Tim Cook, Pepsi CEO Indra Nooyi, Twitter and Square founder Jack Dorsey, and many, many other successful people have in common? They all wake up early; any time from 4 to 5:30 a.m., they’re up, while their not-so-successful competitors are comfortably in their beds, dreaming about how to beat the titans.

2. They decide and review what to do for the day

Most successful people review, plan, and look into their goals, strategies, and motivations before starting the day. They have clarity of vision, and this clarity breeds mastery that they can unleash in their work. This goes hand in hand with journaling (point 5).

For example, Steve Jobs asked himself every morning:

Apple CEO Tim Cook can be seen in the gym around 5 a.m. Jack Dorsey goes for a six-mile jog, while Unilever CEO Paul Polman runs on a treadmill.

All successful people understand that they need a highly functioning body, without diseases and stress, to face the day and perform some of the most challenging and inspiring tasks in the world.

Science says that working out releases endorphins that help reduce stress; it also maximizes energy and keeps you all-around healthy.

4. They have a healthy breakfast

Some do it at home, some in the car, and some in the office, but all successful people have a healthy breakfast. Richard Branson has a breakfast early in the morning, while Hain Celestial CEO Irwin Simon has a breakfast meeting. Procter & Gamble CEO A.G. Lafley says: “I used to eat virtually nothing for breakfast. Now I have a V-8 juice, half a bagel, and a cup of yogurt. And I eat five or six times a day. It’s about managing your glycemic level. You don’t want to boom and bust.”

It’s a good thing to have complex carbohydrates that slowly break down and release energy as the day goes by.

5. They maintain a journal

Journaling is a powerful tool for planning, strategizing, reflecting, tracking progress, keeping ideas, motivating, and inspiring. It’s a doorway to yourself.

To do any task masterfully requires focus, energy, and willpower. With daily practice, successful people transform their habits into rituals; they reach a level of automation so they can utilize their resources on even more demanding tasks.

After reflecting, planning, and strategizing about their goals, successful people begin work with the focused execution of the most challenging but most rewarding tasks, early in the morning, so that they can finish other tasks that require lesser resources later in the day.

Science has proved that willpower is highest in the morning and depletes as the day passes.

I’d also highly recommend reading The Autobiography of Benjamin Franklin, Meditations by Marcus Aurelius, Losing My Virginity by Richard Branson, Outliers by Malcolm Gladwell, As a Man Thinketh by James Allen, Eat That Frog by Brian Tracy, The Monk Who Sold his Ferrari by Robin Sharma, and On Shortness of Life by Seneca to get an insight into the rituals of a few highly successful people.