In the last decade, most of the big U.S. airlines have shifted major maintenance work to places like El Salvador, Mexico, and China, where few mechanics are F.A.A. certified and inspections have no teeth.

ot long ago I was waiting for a domestic flight in a departure lounge at one of the crumbling midcentury sheds that pass for an American airport these days. There were delays, as we’ve all come to expect, and then the delays turned into something more ominous. The airplane I was waiting for had a serious maintenance issue, beyond the ability of a man in an orange vest to address. The entire airplane would have to be taken away for servicing and another brought to the gate in its place. This would take a while. Those of us in the departure lounge settled in for what we suspected might be hours. From the window I watched the ground crew unload the bags from the original airplane. When the new one arrived, the crew pumped the fuel, loaded the bags, and stocked the galley. It was a scene I’d witnessed countless times. Soon we would board and be on the way to our destinations.

As for the first airplane, the one with the maintenance problem—what was its destination going to be? When you have time on your hands, you begin to wonder about things like this. My own assumption, as yours might have been, was that the aircraft would be towed to a nearby hangar for a stopgap repair and then flown to a central maintenance facility run by the airline somewhere in the U.S. Or maybe there was one right here at the airport. In any case, if it needed a major overhaul, presumably it would be performed by the airline’s staff of trained professionals. If Apple feels it needs a “Genius Bar” at its stores to deal with hardware and software that cost a few hundred dollars, an airline must have something equivalent to safeguard an airplane worth a few hundred million.

About this I would be wrong—as wrong as it is possible to be. Over the past decade, nearly all large U.S. airlines have shifted heavy maintenance work on their airplanes to repair shops thousands of miles away, in developing countries, where the mechanics who take the planes apart (completely) and put them back together (or almost) may not even be able to read or speak English. US Airways and Southwest fly planes to a maintenance facility in El Salvador. Delta sends planes to Mexico. United uses a shop in China. American still does much of its most intensive maintenance in-house in the U.S., but that is likely to change in the aftermath of the company’s merger with US Airways.

Read more of this story.

All suppliers, including the ones who communicate in a clear and timely fashion, and who consistently deliver on time, need to be monitored. Compliance optimization, which includes tracking and identifying performance issues and communicating issues to suppliers, pays off for both parties. When supply chain problems are identified at a detailed level, addressed, and fixed, the retailer-supplier partnership benefits. It becomes more efficient and more profitable.

It’s important to keep the profitable payoff in mind because the amount of data generated by the monitoring process is enormous. Documentation, delivery status, and shipments are just the tip of an info iceberg that simply overwhelms the efforts of mere mortals to review (much less fix) using traditional tools like spreadsheets. Multifarious issues that can potentially occur at just about any point in the fulfillment process are best addressed in real time.

But real-time monitoring of “big data” is beyond the means of most retail organizations. Analyzing and reporting on supply chain performance in real time requires specialized data-processing structures that go far beyond those available on the consumer level.
Read more: http://www.ec-bp.com/index.php/articles/industry-updates/11140-outsourcing-compliance-optimization#ixzz3flAejCgi

While “outlier” is normally thought of as a statistical term, it perfectly represents an element of the supply chain that could be (1) physically separate from other elements of the supply chain; (2) culturally different from the rest of the supply chain. “Culturally” might include: language or work methods. Running an outlier tends to cause difficulties to the Supply Chain Management. Let’s look at outsourcing as a solution.

But why would we want to outsource something that our vast organization must have the resources to manage? Yes, being in SCM, we understand outsourcing; but sometimes many of the often-quoted reasons to outsource do not apply. Our outlier is already an efficient manufacturer with no cost issues. It all boils down to managing the PROCESS. That means bringing together the ordering, shipping and payment systems.

Let’s break out of theory and look at what could be a real example. We are located in Indiana where driverless cars are made. There are many excellent local suppliers, already used to automotive standards and processes. But we need a special part (currently non-automotive) and find the best supplier to be in Montréal. Yes, we can fly a team up there and force the company to adopt all our standards. We can make sure our staff can work closely to support them. But wouldn’t it be more resource-effective to find a third-party that is experienced in similar situations and let them manage the process for us?

The onboarding process is not your “core competence” Mr or Ms Retailer. You need to be putting your efforts into sourcing stock and improving your marketing presence and dozens of other projects. Think about outsourcing to experts where ever possible.
We are not necessarily talking about outsourcing your whole e-commerce operation. Yes, in some cases you might consider, but we are concentrating today on adding (onboarding) new companies with new products. This idea works for both small businesses selling online or big retailers streamlining their processes.

Some of the benefits to look forward to are saving time and saving money.

You and your staff do not have the time to add e-commerce connections. There are dozens of  new projects already in your competency requiring your resources. Fulfillment is one of your biggest overhead expenses. Look for less costly ways, look for outsourcing the onboarding processes. There are benefits, “economies of scale”, in any operation. Look for a professional and efficient fulfillment company to give you the best solution to add new e-commerce hookups. It is yet another opportunity to expand your business without adding staff.

When a retailer uses e-commerce outsourcing for their “onboarding” process, it means the work required to make suppliers compliant with the retailer’s systems and requirements (such as EDI and connectivity) are outsourced to a third party. It is a great idea for retailers that do not have the the internal manpower or processes. The decision must be based on the amount of effort needed versus any benefit achieved by developing onboarding as an in-house competency. Yes, if the volume is low, responsibility can be assigned to existing personnel, but sudden “spikes” in implementations or a merger may alter your decision.

Outsourcing and offshoring have been the rage for quite a while, but there are now more onshoring initiatives in both the manufacturing and service industries that possibly a major trend reversal is occurring. At the beginning of last year, we predicted that companies might start looking at the best way of sourcing instead of just saying “let’s outsource”. Then we pointed to a place it was happening successfully: General Electric’s Appliance Park (now Electrolux)
Are we jumping up and down saying: ONSHORE? Not until YOU look at the impact on the whole supply chain. Think about coordinating B2B and B2C. Think about an end-to-end supply chain. Think about good in-house systems before you go out and try to lead your supply chain. Think about your forecasting accuracy.

Find out about FEATS and Fairpromise 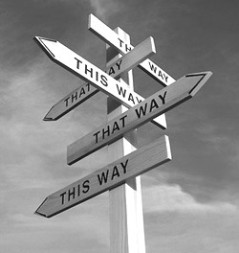 Everyone is suggesting what the trends in Supply Chain Management (SCM) are for 2013. Most of the writers agree on a “core” of important trends (sort of like the  “motherhood and apple pie” thing. Then there are even some new ones that pop up too. I am going to bring out as many as I find. Where they are not as common, I will provide a link to more information. Read on and tell me if you agree or disagree.