The MTA has been focused on making the Bus system an alternative option to the subway for quite some time. Most recently, there was an overhaul of the North-to-South bus lines that run along Woodhaven-Crossbay Blvd’s in Queens.

The Woodhaven/Cross Bay Boulevards corridor was identified as a preferred location for Select Bus Service improvements through the DOT/MTA 2009 Bus Rapid Transit Phase II Study, with extensive input from communities throughout Queens. The corridor is served by several local, limited, and express bus routes carrying over 30,000 people per day. Many travelers use these routes to connect to intersecting subway services in addition to going directly to businesses and schools along the corridor; however, the bus service is not as effective as it could be, as buses can be caught in congestion and the layout of the street makes bus stops difficult to reach for neighborhood residents. 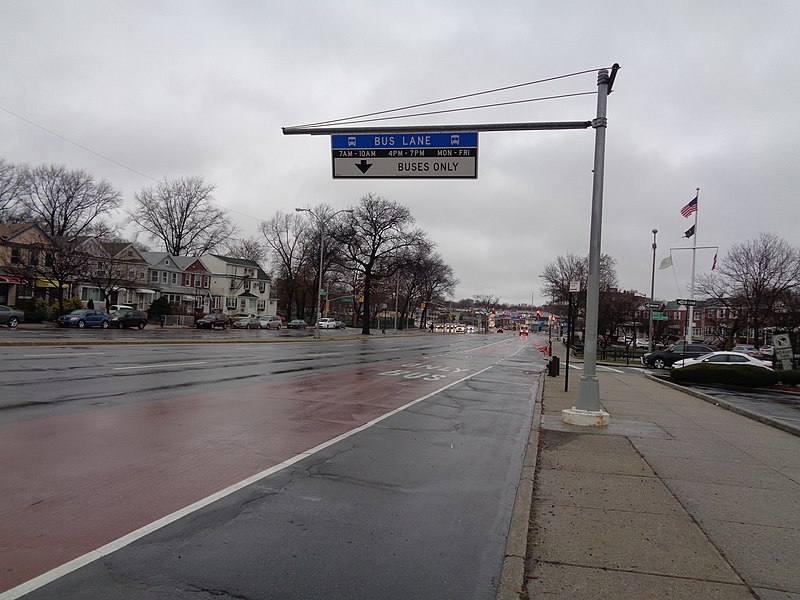 And near my end,

Haven’t heard back from her yet,

The produce of this poet!

Yes, New York City has had double-decker busses in it’s history! From the 1930’s till the 1970’s when bus service on 5th Avenue was operated by a private company: 5th Avenue Coach Lines. This was when bus lines were independant and not incorporated into the  MTA as is today.

An iconic fixture in London, double-decker buses are known for their European charm. But in the early to mid-20th century, they were also a common sight around Manhattan (a few of which were on display at the NYC Transit Museum’s 2013 Bus Festival). Manufactured by the Fifth Avenue Bus Company, these double-decker buses provided transportation along the length of Fifth Avenue. They were eventually taken off the roads due to a lack of competition in the United States to improve the…

Hi there, Sheiks and Shebas.  You’re at Jazz Age Wednesdays.  Today’s episode brings us to Chapter 3 of the new series, Hullaba Lulu.  It is not in the “Pip-verse” but it still takes place during the Roaring Twenties.

Update:  Here’s a link to a stunning video Rob made for the story. Please click over and check it out — it’s pos-i-lutely the berries!

I’m having a pos-i-lutely fabulous time working with artist Rob Goldstein.  He’s creating gorgeous artwork, starting inspiring discussions, and sending me “three things” to spontaneously drive each chapter of this pantser story.   If you need to review Chapter 2, click here.  Today we catch up with our bearcat Lulu the day after all the wild happenings in the abandoned subway tunnel.  Read on to see where Rob’s next three things…

Great view of our old heros in action

‘I would prefer not to’ (Bartleby the Scrivener- Herman Melville)

Some artists songs reflect the busy world being born and dying all around them.

Some artists songs are front line combatant reports showing us how it feels to fall in and out of love.

Some artists songs like those of Fred Neil, the subject of today’s Immortal Jukebox tribute, are invitations to enter a dreamscape where the deep emotions of our unconscious selves are mysteriously evoked, recognised and sounded.

Listening to such songs can be an enormously affecting, liberating and transformative experience.

So, ‘Everybody’s Talking At Me’, a song played on the radio all around the world every day is generally regarded as a Nilsson song or, ‘That song from Midnight Cowboy’.

Live In The Nautical

“I am not someone who is ashamed of my past. I’m actually really proud. I know I made a lot of mistakes, but they, in turn, were my life lessons.” ~ Drew Barrymore

It is true what they say with age comes maturity. With another “21” Birthday here, I can’t help, but be reflective of some of the lessons I have learned in my 27 years, new grey hair, wrinkles and all!

I kid. I am not that melancholy at turning 27. (I mean 21….again) The last 27 years have witnessed immense growth, challenge, and change. I can not wait to see what the next 27 will bring. In fact many experts feel that the brain does not fully develop until you turn twenty-five…I guess that means I have only been an adult for two years. Phew! Let the adulting begin!

The loss of friendship is tough…

While subways — and their problems — get most of the attention from NYC commuters, nearly 2.5 million passengers depend on the MTA’s bus network every weekday. And they, too, often have every reason to complain.

Buses across NYC travel at an average of less than 8 mph. Some, a recent study found, move as slow as 3.5 mph, barely faster than the average human and slower than pizza rat with a newfound slice.

So, the MTA’s new bus action plan is most welcome. Officials will evaluate and redesign bus routes to meet demand and improve spacing between stops, so that you don’t wait forever and then see three arrive right in a row. They’ll also look to expand all-door boarding and improve communication with customers. And the MTA hopes to partner with city and NYPD officials to add bus lanes, increase traffic enforcement and allow traffic lights…