In January, Andrew Landry just missed winning his first PGA Tour event when he lost on the fourth hole of sudden death to Spain’s Jon Rahm at the CareerBuilder Challenge in Palm Springs, California. On Sunday in San Antonio at the Valero Texas Open, however, Landry made sure there would be no playoff, as he shot a closing-round 68 to finish 17-under par and clinch that elusive first Tour victory.

Landry was the only golfer in the tournament to card all four rounds in the 60s on the TPC San Antonio Oaks Course, and as a result, he finished two shots ahead of runners-up Trey Mullinax and Sean O’Hair. Jimmy Walker finished three shots off the lead. Landry was tied for the lead after the third round with Zach Johnson, who struggled on Sunday and finished four strokes back in fifth place. All five top finishers are American golfers, the first…

All-door bus boarding, route re-evaluation and dedicated street space are some of the plan’s goals.

The MTA on Monday will unveil a Bus Action Plan to improve service that includes sweeping measures geared toward the reliability, speed and modernization of a network that has shed ridership in recent years.

The plan, described by NYC Transit President Andy Byford as an outline to “reinvent and re-imagine” service, calls for a re-evaluation of the designs of every bus route; all-door bus boarding; more dedicated space for buses on city streets and better traffic enforcement of that space to keep buses moving.

These are among many other initiatives to be completed over the short, medium and long term.

It’s the first of several action plans to be released by Byford to shape his overarching corporate plan due within his first 100 days on the job, which he will hit in June. 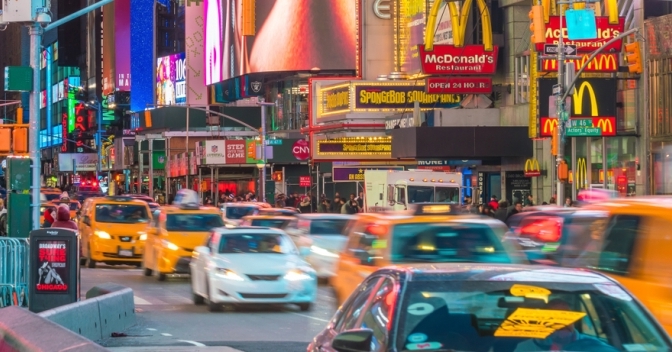 Instead of randomly choosing fees on certain vehicles, first decide how much to reduce traffic.

While the state of New York did not pass congestion pricing in the recently adopted budget, Gov. Andrew Cuomo touted the new surcharge on yellow and green taxis ($2.50), for-hire vehicles ($2.75) and pooled-ride services ($0.75) as a step toward improving gridlock in Manhattan and providing funding to improve New York City’s deteriorating mass transit system.

Adding fees to these types of vehicles isn’t inherently bad – especially since so many good transit options abound in the zone below 96th Street – but it’s neither an effective way to reduce congestion nor fund transit. According to Charles Komanoff, the analyst behind the MoveNY congestion pricing and toll reform plan, these new fees will improve travel speeds in the zone by 3 percent. Komanoff is too generous by reporting a percentage. A…

With so much negativity baked into the stock, GE could be near a long-term bottom.

Based on a valuation analysis, shares could rise by 40-50% over the next 12 months.

General Electric (GE) has essentially made the move from $30 to $13 in the last year, and many critics are still yelling “sell this stock.” However, with so much negativity in the air, could GE be at or near a bottom?

The company is executing its plan by selling off “non-core” assets, reforming its corporate culture, and is focusing on its primary business segments. Moreover, the…