The plan was first announced by GE last July and is part of Iraq’s efforts to stop flaring gas associated with oil by 2021. Iraq continues to flare some of this gas because it lacks the facilities to process it into fuel for local consumption or exports.

Gas flaring costs nearly $2.5 billion in lost revenue for the government and would be sufficient to meet most of needs for gas‐based power generation, according to the World Bank.

The contract with Baker Hughes and GE provides for processing the gas at the Nassiriya, Al Gharraf oilfields.

It is the second contract signed by Iraq to process gas associated with oil, after one with U.S. energy firm Orion in January.

Iraq’s production of associated gas is expected to grow as the country increases its oil output capacity. 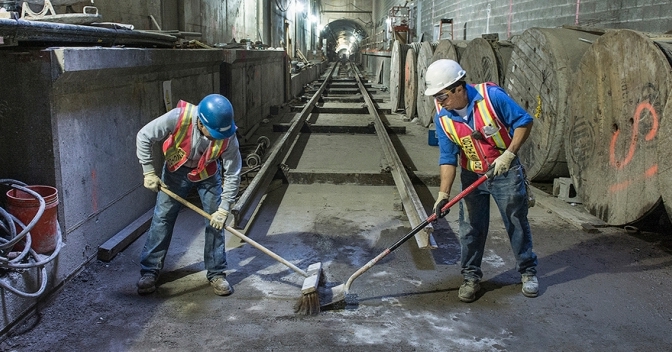 City and State of New York

This winter, New York has had two major construction scandals. In March, Related, the giant real estate firm building out much of the Hudson Yards office and apartment site on Manhattan’s West Side, sued construction unions, alleging that they inflated costs by more than $100 million, including fooling Related into paying up to $70 an hour for someone who fetches coffee. Weeks before that, state and local law enforcement officers raided the offices of Bloomberg LP, looking for evidence that construction firms defrauded the former mayor’s financial firm and other victims by another $100 million.

Fraud, of course, is a deadly serious matter. But at least fraud is illegal, so it can be stopped once it is found. The bigger problem pushing up New York’s construction costs – not…