You see it all the time.

Complex sentences filled with obscure words and phrases which we have no idea of their meaning.

Topics glorified with the aim of dazzling those communicated to.

The Battle of Chosin Reservoir took place in 1950 during the Korean War.

These US troops were stationed at the Chosin Reservoir.

But they weren’t alone.

15,000 US troops were surrounded by 120,000 South Korean and Chinese troops, advancing on their position.

Stranded, they were in trouble.

Temperatures fell to -25 degrees at night as the winter conditions became apparent.

And to make matters worse, the mortar sections of the US Marine Corps…

As I cook I listen to jazz – my almost 15-year-old son so calls the music he hears when he visits the kitchen attracted by the smells or because of hunger – not very much impressed by the cook’s music, yesterday he proposed a listening of a choice of his own for the next day, he said it would be some hip-hop, I told him how jazz and hip-hop were getting along these days – he was aware of it – coincidently or not I have a surprise for him – I hope he likes it! I guess I feel prepared for his selection …

For many investors, analyzing General Electric (GE) has been like trying to solve differential equation in the dark. That’s because the company is so complex that figuring out the sum of all its parts can feel like an impossible task. The key word there is “feel” because it’s just really, really difficult, not impossible. And we get a little bit of light every time one of its competitors sells or spins off one of its businesses, which is happening quite frequently as industrial companies of all stripes continue shed businesses to focus on their cores. 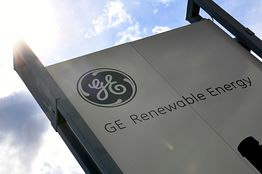 Case in point: Over the weekend, Siemens (SIEGY) announced plans for an initial public offering of its Healthineers business, one that could be valued between $32 billion and $38 billion. General Electric has a health business too, notes Melius Research analyst Scott Davis, and the Siemen’s deal points…

An example of bus rapid transit in Florida. Bus Rapid Transit, a sleek, low-profile bus that would run in a dedicated busway built alongside the Florida East Coast Railway

The federal government plans to award MARTA $12.6 million for a new bus rapid transit line from Georgia State Stadium to Midtown Atlanta, a project that could boost mobility and redevelopment of neighborhoods south of I-20.

The $48.6 million transit line is tentatively set for construction in 2021 and would open by 2024. The project includes the purchase of about five new bus rapid transit vehicles and the installation of about…

Airbus and Italdesign have revealed a new version of their Pop.Up Next modular flying car system, and they’ve now got Audi on board. The latest version of the car, unveiled Tuesday, shows several improvements in the 12 months since its initial debut. At its core, the vision remains the same: an autonomous pod powered by artificial intelligence that combines flying, driving, and possibly even hyperloop, to get passengers around a city.

“Hyperloop is a possible solution that hypothetically could work since Pop.Up is a modular system,” a spokesperson from Italdesign tells Inverse. “Although we focused our efforts to bring the system to the next level, compared to last year, developing the latching system and the HMI.”

The pod, measuring 8.7 feet by five feet and standing 4.6 feet high, is at the heart of this plan. It’s a two-seater design weighing 441 pounds, with a human-machine…