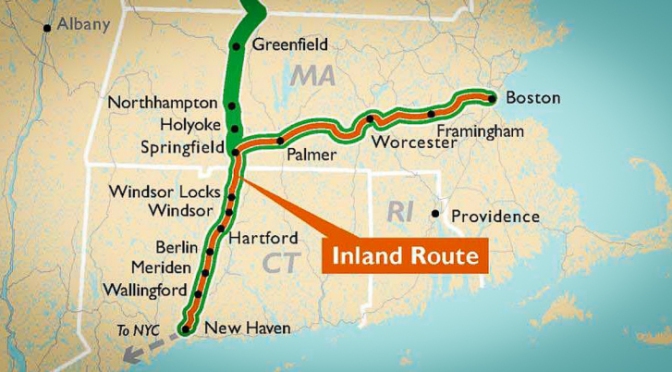 Trains In The Valley

In his letter, Malloy asks that Gov. Baker advance the necessary planning and engineering work that would be required to establish the service.

He also asks for the project to be added to the updated Massachusetts State Rail Plan, which is current being prepared by MassDOT.

Gov. Malloy’s letter follows a letter of support — for both expanded service on the Knowledge Corridor and East-West rail — sent by Congressman Jim McGovern and Congressman Richard Neal back in November 2016.

In a related development, the Worcester City Council on Tuesday evening called for a regional transportation summit to look at improved passenger rail service from Worcester to Boston, and to Springfield, eastern Connecticut, and New York City.

Returning passenger service on the route between Boston and New Haven via Springfield, a service that was recommended in the recently completed Northern New England Intercity Rail Initiative (NNEIRI) study, is not a small project.

Moving this project forward requires the support of Gov. Baker, who until now has been reluctant to say much of anything on this topic. Additionally, state and federal funding for the required planning and engineering work would need to be identified and secured.