Would you be happier if you lived somewhere else?

According to a new survey of a half-million people across the nation, those who call Boulder, Colorado home reported being the happiest in the country — based on 15 different categories ranging from physical activity and healthy eating to vacation time and financial stability.

The list of the 25 Happiest Places in the United States, produced by National Geographic in connection with author Dan Buettner — whose book Blue Zones of Happiness shares advice from happy people around the globe — and national polling organization Gallup, lays out the top places where you can be surrounded by chipper, cheerful people.

Here are the 25 happiest places in the country “Bolstered by a sense of community, access to nature, sustainable urban development and preservation policies, and perhaps even that clean mountain air, Boulderites overwhelmingly feel ‘active and productive every day,’” National Geographic concluded…

The US ambassador to Panama has resigned from his post, telling the State Department that he can no longer serve under President Trump, according to reports.

He informed the State Department of his intention to step down early Thursday — before Trump reportedly referred to Haiti and African nations as “shithole” countries,” a Panamian news outlet reported.

“As a junior foreign service officer, I signed an oath to serve faithfully the president and his administration in an apolitical fashion, even when I might not agree with certain policies,” Feeley said in his resignation letter, Reuters reported.

“My instructors made clear that if I believed I could not do that, I would be honor bound to resign. That time has come,” he added.

The State Department confirmed the departure, saying Feeley has decided to “retire for personal reasons, as of 9 March this year.”

Panama’s DiaaDia reported his resignation before The Washington Post broke the news about Trump’s offensive remarks in an Oval Office meeting with senators about immigration.

Feeley was nominated to the diplomatic post by then-President Obama in July 2015.

The Marine Corps veteran flew amphibious assault helicopters in and over Lebanon in the mid-1980s following the 1983 bombing of the Marine Barracks in Beirut.

Too bad the President of Panama did not tell Mr. Trump to “shove our canal up your ass”

Day after China announced they are building a new “container port” miles away the ocean to load and ship containers to the Eastern US. 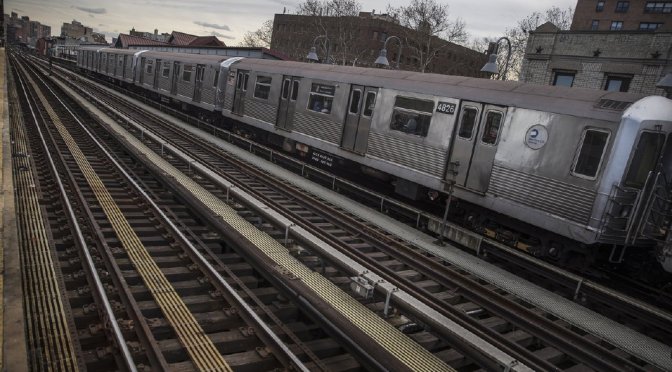 New York’s exorbitant spending is an example of how government financing, combined with inadequate controls over private contractors and unions, results in enormous waste.

Amid the hubbub about Michael Wolff’s anti-Trump book, whose chief source appears to be former White House aide Steve Bannon, there’s a danger of missing out on the development, or failure to develop, administration policy on important issues like immigration (which my Washington Examiner colleague Byron York has usefully discussed) and infrastructure. President Trump’s background as a real estate developer and his campaign rhetoric about America’s decaying infrastructure have led many to suppose that he will come up with a coherent infrastructure policy, perhaps one even winning Democratic support, for this year. So far he hasn’t.

One thing he and his advisers might want to keep in mind, and something he might already be familiar with, is that at least some infrastructure costs in the U.S. are far higher than anywhere else in the world. The prime example, highlighted by an excellent investigative report by Brian Rosenthal in the New York Times, is the cost of subway construction. (Hat tip: Aaron Renn in Joel Kotkin’s New Geography blog.)

In the rest of the world, including many highly developed countries with high-wage economies, construction costs average $500 million per mile of track. In New York City, they are far higher: $1.5 billion for the No. 7 line extension to Hudson Yards, $2.5 billion for the half-a-century-delayed Second Avenue subway, and $3.5 billion for the East Side Access connecting Long Island Railroad tracks to Grand Central Station. Why so much higher? Read the Times’s impressively researched and reported account.

All of which is relevant to any government infrastructure plan. Democrats are already pre-emptively criticizing possible Trump and Republican plans for public-private partnerships, the form of investment used widely for infrastructure projects in Europe, Asia, and Canada. They would prefer government financing.

But New York’s exorbitant spending is an example of how government financing, combined with inadequate controls over private contractors and unions, results in enormous waste. It shows that public funding and public-private partnerships both need to be structured carefully, to prevent waste and get maximum value for the dollar. The $3 billion extra per track mile New York has spent on the East Side Access could go a long way in other parts of the country.

Democrats may also have a tendency to prioritize fixed-rail transit as a form of infrastructure. But almost every light-rail project around the country has been a big money-loser, and heavy-rail subway and elevated rail lines accommodate less than 5 percent of metro area commuters in only six metro areas—New York (which has 40 percent of the entire nation’s subway ridership and more than all the national increase in transit ridership in the 2005-15 decade), Boston, Philadelphia, Washington, Chicago, and San Francisco. Pouring money into fixed-rail benefits only a tiny (and relatively affluent) percentage of the nation’s population.

If fixed-rail new subway lines in high-visibility central cities represent one extreme form of infrastructure spending, the opposite extreme is ongoing maintenance—of roads and highways for the most part, but also of fixed-rail. New York’s subway system is in much better shape than it was 30 years ago, but it was allowed to deteriorate over the last year or two, as chronicled last summer by the New York local area coverage in the Times and the Wall Street Journal. Politicians like to cut ribbons on new projects. It would be great if Trump could somehow glamorize the mundane but essential work of maintaining and upgrading existing systems.