The Winter Jewish holiday known as the Festival of Lights begins at sundown tonight.

Jewish people around the world celebrate this traditional holiday that lasts eight nights. The festival is not a “High Holy Day,” like Yom Kippur or Rosh Hashanah, but is a joyful celebration that recounts the story of a miracle.

Also known as the Festival of Lights, Hanukkah commemorates the story of the Maccabees, or Jewish fighters, and their victory over the Syrian-Greek army, according to Chabad.org.

According to the Torah, the Maccabees reclaimed the Holy Temple in Jerusalem and cleared it of idols that had been placed inside by the Syrians, a practice forbidden in Jewish law. The Maccabees wanted to light the temple’s seven-branched candelabrum, or Menorah, but realized they only had enough holy oil for one night. According to the story, a miracle happened and the oil lasted for eight days, allowing enough time to prepare new oil in the religious tradition. Now, Jewish people commemorate the miracle by lighting a Hannuhkiah, a special type of menorah that has eight regular candles and one special candle.

How Hanukkah is observed

The holiday begins on the evening of Kislev 25 in the Jewish lunar calendar, which generally falls sometime between late November and late December.

To honor the miracle of the holy oil, Jewish people eat foods fried in oil. Latkes or potato pancakes paired with applesauce and sour cream, or jelly doughnuts are favorites at Hanukah celebrations.

Gifts are often exchanged on each night of Hanukkah, though this is more of a modern tradition, which many believe is inspired by other winter holidays where gifts are exchanged like Christmas, Kwanzaa and Three Kings Day.

Jewish children play with a “dreidel,” a four sided spinning top with Hebrew letters on each side. The letters spell out an acronym for “a great miracle happened here” and include Nun, Gimmel, Hei and Shin. In this game, each player starts with the same amount of playing pieces, typically chocolate coins called “gelt,” which take the place of real money. Players take turns spinning the dreidel and follow the instructions indicated by the letter the dreidel lands on. To start, each player places one piece of gelt in the center pot.

These are the instructions for each letter:

When a player is out of playing pieces, he or she may borrow a piece from a neighbor. The game is over when one player has all of the pieces. 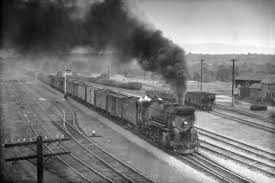 Connecticut Governor Dannel Malloy said last week that the state’s transportation system is facing a crisis because revenue from taxes on gasoline are sinking as vehicles get better mileage, and people use less gas.

His Transportation Commissioner told state lawmakers back in February that the “Special Transportation Fund” was headed toward insolvency in 2020. Last week, he said this would make it difficult for the state to borrow money for road, bridge and rail projects.

The Governor said cutbacks and fare hikes would be needed soon, but a Republican State Senator that serves on the legislature’s Transportation Committee says the numbers do not tell that story.

Numbers from the Department of Transportation actually show that gasoline consumption has actually increased over the past few years. There’s a slight decrease this year, but over the past five years it’s gone up about 50 million gallons.

Sen. Len Suzio (R-Meriden) says the real problem is that transportation spending has gone way up. The Malloy administration admits there are more transportation projects in the pipeline because so much of the infrastructure needs to be replaced.

The administration also says that projections show that receipts from the gas tax won’t keep up with inflation and higher interest rates on borrowing.

One of the major problems for a US company having manufacturing in France and other European countries is that you can’t layoff people to conform to market and industry changes.

GE’s acquisition of Alstrom is an excellent example. The market is declining but you can’t reduce the workforce. “Positions in France won’t be affected due to stipulations in an agreement when GE bought Alstom SA’s energy business in 2015, the GE spokesperson said.” Even worse, GE Power will add 1000 jobs in France to meet the agreement they made when the French government approved the deal. So, every other location will reduce employment while France increases, even when the market is declining. Does this make sense?

This reinforces my previous note that “GE has made many poor LARGE acquisitions over the past fifty years and Altrom has many of the same problems that Machine Bull acquisition had for GE and why it lost the computer game against IBM.