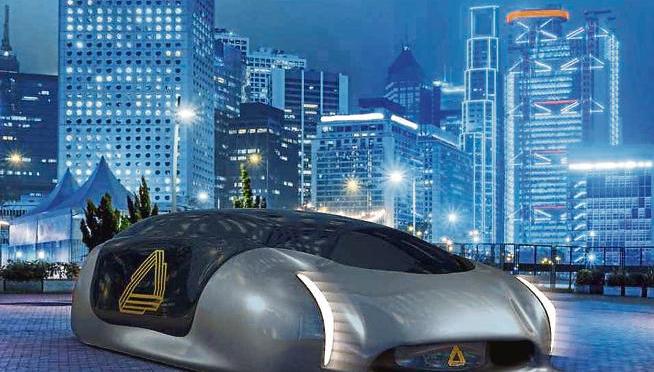 Who hasn’t been driving down Interstate 70 mumbling “damn tourists” under their breath at least one time?

Let us not forget about the people who are commuting I-70 out of necessity. Thousands of working people make the daily trek across one of America’s most closed highways for business rather than play. According to the Denver Post, I-70 closed every 2.4 days on average in 2016. The Colorado Department of Transportation has attempted to resolve matters. However, how much has this actually helped? Traffic still proves to be a nightmare both east and westbound on the interstate.

The amount of traffic also poses environmental concerns. One gallon of gasoline burns close to 9,000 grams of CO2. The annual average daily traffic in I-70 last year ranged from 22,000 all the way up to 69,000 around Evergreen and Idaho Springs. From the point of intersection of I-70 and I-470 to Vail is 87 miles. Not including semi-trucks, most cars will get around 20 miles per gallon on average during mountain driving. That means a little over four gallons, which translates to about 36,000 grams of CO2 emitted per car. Without traffic, CO2 emissions could range from 792,000,000 to 2,484,000,000 grams per day. That doesn’t factor in the amount of gasoline burned while waiting in traffic, nor does it factor in diesel burnt from semi-trucks.

On top of the environmental factors comes terms of safety. Between snow storms, rock slides and even stray animals, I-70 poses very dangerous conditions. Car accidents are not uncommon and many are fatal. Additionally, when closures happen, there is nowhere to turn. I-70 west of Denver has no alternative routes once you are in the mountains. Though there are a few frontage roads, they can be extremely difficult to access in miles of stopped traffic. More importantly, it makes it even more difficult for emergency vehicles to arrive on scene.

With the efforts of CDOT being minimally effective, there has to be something done that no one has thought of yet.

The answer is the new Hyperloop One.

This innovative mode of transportation uses depressurized tubes with magnets along rails to propel a human-carrying pod capable of reaching speeds up to 760 mph. Each pod can carry 28 to 40 passengers at a time while making it from Denver to Vail in around nine minutes. This also boasts a whopping 164,000 passengers a day with hyperloop pods leaving as frequently as every 40 seconds. Not only would this take care of the traffic on I-70, but it offers the first alternative route through the mountains.

Still, there are two major problems with the Hyperloop One.

The first problem is the hefty price tag of the construction. The second problem is the path on which the hyperloop construction would take and the leveling of trees and land. The first difficult part can be addressed with crowdsourcing. Because of the tourist population in Colorado, particularly from the ski industry, more people will be willing to donate from across America and even the world to see the project happen. Also, CDOT only receives about 5 percent of state taxes. However, with the huge increases of tax money generated from recreational marijuana each year, money theoretically could be put aside to help fund the project. As for the environmental impact, all construction requires destruction or morphing of Earth in some sort. The rideshare component of the hyperloop will take thousands of cars off the road and provide a much more sustainable source of transportation.

Rather than sitting in traffic angry at the world, give the people what they need. Stop polluting the air with unnecessary solo drives to and from work. Stop polluting the air while you’re making a solo trip to the mountains to ski first chair because none of your friends could get out of bed at 5 a.m. Give Coloradans an alternative way to make it through the mountains while reducing contributions to climate change.

Alec Wyand is a business student at the University of Colorado