Jobs for Central Valley workers are being created through a $371 million contract to build railroad passenger cars in Sacramento.
The California Department of Transportation says Sumitomo Corporation of Americas along with Siemens will be fulfilling the multi-state contract for the new railcars, 49 pf which will be used by Caltrans and 88 by the Illinois Department of Transportation.
Building the new passenger coaches will support hundreds of skilled and high-wage manufacturing jobs in California, Caltrans says.
The cars are to be 100 percent “Buy America” from suppliers in California and across the country.
“This contract is moving full-speed ahead and that is good news for Californians, both in terms of job creation and better passenger rail service,” says Caltrans Director Malcolm Dougherty.
Each car will be built at the Siemens rail manufacturing hub in Sacramento. The plant, which has been in operation for more than 30 years, is also powered in part by renewable energy. The Sacramento facility features full design, engineering, and manufacturing capabilities for not only passenger coaches, but across the rolling stock industry including electric and diesel-electric locomotives, light rail, and streetcars.
Michael Cahill, president of Siemens Rolling Stock, says the new coaches “will use the industry’s latest, proven rail technology to provide passengers with a safe, modern and highly comfortable ride.”
The new railcars will be used on the intercity rail lines throughout California that serve almost 6 million passengers annually on the San Joaquin, Capitol Corridor and Pacific Surfliner Amtrak routes. The new cars will come with interiors that focus on passenger comfort and convenience, such as wi-fi, spacious seats with power outlets, large windows for all passengers, bike racks, overhead luggage storage, work tables, state-of-the-art restrooms with touchless controls and full ADA accessibility throughout the cars.
The first cars are expected to begin production within the year.

(Featured image above is Jack Welch in 1980. My photo)

So why have I been asked to write this? Well, I was THERE for a lot of the changes at General Electric. I started with the Company in 1966, working in Corporate Finance until the end of 1989. First in Schenectady, New York then in Fairfield, Connecticut. In 1990, I formed an EDI outsource company with basically one client: The General Electric Company!

I know the Company was formed in 1892 but let’s start with the GE of 1980. This was the last year of the Company being headed by Reginald H. (Reg) Jones. On April 1, 1981, John F., Jr. (Jack) Welch took over. Jack was the 8th CEO since the corporation was founded. While Reg came from a financial background, including the Corporate Audit Staff, Jack had risen through the Plastics Business. 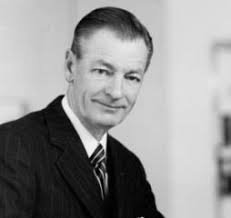 “Innovation and self-renewal: these are the themes that characterize General Electric as we enter a new era.”

At the start of the 1970’s, 80 percent of earnings came from traditional businesses in the electrical & electronic goods manufactured area. These businesses are all healthy, but end of 1980 they provided less than half of earnings. The remainder came from growth businesses in man-made materials, natural resources, aerospace, transportation equipment, and services. International was 42 percent in 1980 compared to 16 percent a decade earlier.

Electronics will dominate the 1980’s. For example, the purchase of Calma Corporation (interactive graphics equipment) and Intersil (advanced microelectronic chips). In the growing energy field, the Company purchased Utah International (coal) and Ladd Petroleum. Note that these four companies are now history!

The Company invested $6 billion in last 5 years and $2 billion in 1980 alone. Does not include Corporate R&D.

In the next blog (#2). I will discuss Jack’s early years.