The weather was glorious as it can be only in the Pacific Northwest in early fall.

The air was crisp and invigorating.

The sun was shining and warmed my back as I walked along, lost in my thoughts.

A Lunch Date With Zombies

Fridays are usually my lunch hunt date. I switched things up this week and took Cody, my young “Vampire in Training” out with me on Monday.

Lunch dates are fun ways for Vampires to hunt right out in the open. They involve fun, flirting, a bit of seduction and just enough blood to get you going for the weekend ahead. And regular humans never even suspect. They just leave the situation feeling warm and fuzzy, a little tired, and they think they’ve, well, you know.

Cody and I had arranged to meet an old friend of mine at my office with an associate of his. They were Lobbyist for the farming industry (after all we’re in the State Capitol and in the largest agricultural state).  Mike and Melissa. I’m in public relations and do work for them from time to time.

Cody is shy by nature… 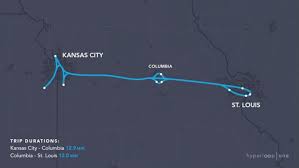 Missouri officials’ enthusiasm about the prospect of becoming Amazon’s second headquarters has rubbed off on us.

Both St. Louis and Kansas City submitted proposals by the Thursday deadline to win the competition to be Amazon’s second headquarters, or HQ2.

In perhaps an uncommon move, the state submitted its own proposal designed to support the state’s two largest cities in their economic development quest.

“Amazon is a company full of people who turn big ideas into reality,” Governor Eric Greitens said. “My team fully and equally supported the proposals submitted by our major metropolitan areas, Kansas City and St. Louis. We challenge Amazon to envision what it could achieve by partnering with us to unleash the combined strength of the entire state. We’d love to work with Amazon to build their new home here in Missouri.”

In our increasingly global and ever-shifting economy, Missouri must be nimble in its ability to adapt. As technology progresses, industries change. As old revenue models become less profitable, the doors open on new ones.

Modes of transportation change, too, and we’re due for a new one. The last big innovation in transportation was about a century ago when airplanes — and later, commercial airlines — were pioneered.

Missouri hopes to latch on to the next big thing in transportation: hyperloop. A private firm called Hyperloop One is pioneering a technology that propels pods through tubes using an engine and magnets to reach speeds of commercial planes.

Missouri is a finalist for the International Hyperloop One competition for a route that includes Kansas City, Columbia and St. Louis.

The technology uses magnets to suspend the pods in the tubes in a vacuum, which allows for ultra-low aerodynamic drag. All that nerd talk boils down to one thing: You could get from Kansas City to St. Louis in 24 minutes.

This isn’t a pipe dream, so to speak. Investors have poured more than $200 million into the company, which is working aggressively to be in operation by 2021. Virgin Group founder Richard Branson recently teamed with Hyperloop One.

In the not-so-distant future, it’s conceivable Amazon could build HQ2 in Missouri, and use hyperloops to meet their goal of same-day deliveries.

We commend Greitens and the Department of Economic Development for actively supporting proposals to bring new economic development and innovation to the Show-Me State.

On the MTA’s new subway trains, seats will be locked in the upright position during rush hours.

New York City’s subways are crumbling. Delays cost the city $389 million a year in lost wages and productivity, according to city Comptroller Scott Stringer. Police have quit arresting turnstile-jumpers and platform-urinators — although they found time in July to clear the homeless from a Brooklyn F train station so that limo-loving Mayor de Blasio, taking a photo-op ride, wouldn’t see them.

Yup, it’s a jungle down there — and on elevated lines too. Fortunately, the MTA will go to no end to make our daily schlep less stressful.

Each week, we may count on agency chairman Joe Lhota to announce a new advance in passenger hospitality.

The state-run MTA’s latest master stroke on behalf of the train-riding millions is to remove seats on the L, E and soon possibly other lines. Lucky “cattle car” passengers will find seats folded upright during rush hours to speed loading times and pack ’em in even tighter.

Sure, it might be a nuisance for the disabled. But no seats also means no more guilt about not giving them up to elderly and pregnant people, as those pesky announcements urge us to do “with a smile.”

The elderly and pregnant, meanwhile, can share in the thrill of grinding, upright bodies. “Make ’em stand” is just the thing for pervs to channel their inner Harvey Weinsteins. They may now practice inappropriate sexual contact without fear of being “reported to police or an MTA employee,” as the announcements urge.

And, in a bonus for everyone, seat-locking opens up extra elbow room for pole-spinning, high-kicking amateur acrobats and doo-wop groups warbling “Blue Moon” off-key for 90 minutes between Canarsie and Union Square.

But as New York City’s population swelled from 1980’s 7.07 million to this year’s 8.54 million, all that extra wear-and-tear on top of decades of underfunded maintenance left the subway system, much of it 100 years old, scarcely capable of handling today’s weekday ridership. We’re up to 6 million uses daily — the highest level since 1948.

The subway barely managed to cope with the city’s growth for 20 years, but the streak’s really run out. As The Post reported this week, the city’s Independent Budget Office found that straphangers lost a total of 35,000 hours over the past year — 11,000 hours more than for the year 2012. Much worse than a mere inconvenience to ordinary citizens, the service tailspin will inevitably scare off companies that were thinking about moving here and threaten the entire economy.

As de Blasio and Gov. Cuomo bicker over whose job it is to pay for and fix problems such as breakdown-prone, 1932-vintage switching equipment, tracks and trains only decay further.

Nudged into action by public outrage, the MTA launched a $20 million, interim emergency plan in July to help move trains in and out of its 472 stations faster. It’s well-intentioned and might even help a little. But silly things like floor mats with arrows showing passengers which way to move only invite those bad jokes — and prove that MTA leaders are out of touch with actual riding conditions.

Inscrutable weekend “service advisories” are better for laughs than as useful guidance. Announcements urge us to put trash in “proper receptacles.” But — those MTA comedians! — there are no garbage cans along the entire three-block length of my Q-train platform, among many others.

And then there’s the new policy of “honest” explanations for delays. No more “we are being held momentarily by the train’s dispatcher” to excuse a 20-minute stall, the MTA promised. So how come I still hear the old lines all the time?

I actually prefer them to “honest” advisories like, “Service is delayed due to a stalled train at 63d Street” — which is loudly inflicted on my ears every 15 seconds like sleep-deprivation torture.

Lhota floated a proposal last summer to ban from the subway “inappropriate” foods like Chinese rice that supposedly could cause fires. He wisely dropped the idea.

After all, New Yorkers love to eat on their feet. Watch the closing cattle pens!