The following comment has been submitted to the DRPT.
***********************************
I recognize that the scope of the draft EIS does not include consideration of new technologies. Yet, if there is one industry in the United Sates that is undergoing radical change it is the transportation industry. In my view it would be irresponsible for the DRPT to make a recommendation to do with the future of passenger and freight transportation along the east coast corridor without considering these profound changes.

There are many aspects to the new technologies — these include drones, autonomous vehicles and electric vehicles. But the one that will have the greatest impact on the rail industry is what is known as ‘hyperloop’. The seminal paper on this topic was written by Elon Musk in the year 2012. He recognized that the key advantage to this technology is not speed — although traveling at 650 mph is…

The following will be submitted as a comment to the DRPT.

In previous posts I have pointed out that Elon Musk’s insight regarding transportation is that we are constrained by available real estate. The key advantage of hyperloop is that the low pressure tubes can be installed along existing rights of way with minimal disruption to the local communities. The fact that the capsules move at 600 mph is attractive, but it is not the prime reason for installing hyperloop.

In the context of our own “high speed” rail project my vision has been that we install the hyperloop tubes along the I-95 median. The capsules would be used for long-distance passengers and for high value freight. Our existing tracks — which would not need to be expanded — would be used for low value freight, such as coal, and for stopping passenger trains, such as we have now.

More than 150 years ago, Chicago interests financed the first railroad span across the Mississippi River, and Chicago became the “City of Broad Shoulders.” The too-late expansion of Lambert airport dropped St. Louis from the competition to be either a national passenger or air freight hub.

The visionary proposal to link St. Louis-Columbia-Kansas City with a passenger Hyperloop is a similar once-in-a-century opportunity (“Missouri banks on tube travel to attract Amazon,” Oct. 20). It is clear that technology and people will continue to concentrate around great urban centers. By linking rather than competing, St. Louis and Kansas City can concentrate our talent and resources while maintaining our reasonable cost of living within a network of parks, hiking, cycling and rural venues across the region.

Imagine the opportunity for students able to take a selection of courses from the three University of Missouri campuses from the best instructors. Funding for the UM system could eliminate duplication and increase collaboration among administrators, faculty and students at lower cost to limited state resources. Similarly, fans could attend a Mizzou Tigers game, Sporting KC soccer match or Chiefs football game on an afternoon and still quickly and safely return home that evening.

Rather than spend more money expanding and rebuilding Interstate 70 between St. Louis and Kansas City, the Hyperloop conveying separate passenger traffic from commercial freight would be safer and more efficient. Similarly, the subsidies for Amtrak could be diverted to supporting the Hyperloop. This separation of passenger and commercial movement of goods would allow the state to have rail lines and commercial trucking more equitably bear the cost of maintaining such road and rail routes.

Let’s seize the once-in-a-century opportunity and build for a future that maximizes and unifies our strengths. 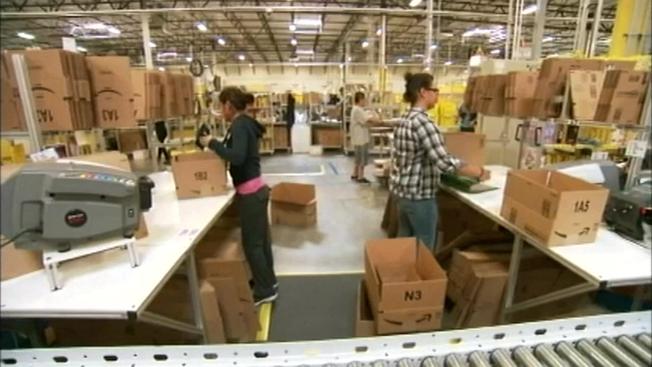 A building products distribution warehouse could be developed along the Florida East Coast Railway in Fort Lauderdale.

On Oct. 24, the city’s Development Review Committee will consider the application by landowner Florida East Coast Railway (FECR) and tenant G. Proulx Building Products for the 6.55-acre site at 3125 S. Andrews Ave. The site, which currently has a concrete slab, is just west of Port Everglades.

The plan calls for a 90,000-square-foot warehousing and 118 parking spaces. The estimated cost is $3 million, according to the application.

Attorney Benjamin Hedrick, of Akerman in Miami, said G. Proulx Building Products wants to consolidate its facilities in Dania Beach, Hollywood and Davie into a single location. The company receives building materials by train, does light assembling and cutting to meet the specifications of clients, and then ships them to clients by truck.

If this project is approved, FECR would build a spur from its railway onto the property so G. Proulx Building Products could directly receive deliveries.

“The proximity to railroad is really what is key for this tenant,” Hedrick said.

The transit system’s “summer of hell” was years in the making, and experts say the underlying problems will take at least as long to fix. But while a risk-averse bureaucracy got some of the blame for the crisis at a transit conference today, sentiment seemed unanimous that New York’s transportation infrastructure needs more funding.

Congestion pricing is now being kicked around as one possible source. And at the Crain’s event Fixing Mass Transit, a former top Metropolitan Transportation Authority official put forward another: creating a “transit-maintenance district,” similar to a business improvement district, that would pay fees dedicated to keeping the system in good repair.

“One of the major issues is underinvestment in capital maintenance,” said Michael Horodniceanu, who headed MTA capital construction for almost a decade until this summer and led work on the Second Avenue subway and the extension of the 7 line. He estimated that properly maintaining the MTA’s “trillion-dollar infrastructure” would require $6 billion to $8 billion a year. “We are not even scratching the surface of that,” he said.

Noting that the biggest beneficiaries of mass transit are Manhattan office buildings, Horodniceanu suggested adding a $1.50 charge to the core business district’s $60- to $70-per-square-foot rents.

“We have approximately 700 million square feet of office space south of 60th Street,” he said. “You’d be able to raise more than a billion dollars” annually.

“You need a dedicated funding source,” Schwartz said at the conference, making a pitch for the traffic-congestion plan he has helped develop with the coalition Move NY. Describing the program as a “user fee” on cars coming into Manhattan, he said it would bring in around $1.5 billion a year, part of which would go to repairing bridges and roads.

“The majority goes to the transit system,” Schwartz said, “and that allows you to plan for the future.”

Gov. Andrew Cuomo, who oversees the MTA, embraced the concept of congestion pricing in August and appointed a task force to come up with a plan. Schwartz serves on the panel.

The last transit-funding crisis, triggered by the recession of 2007 to 2009, led to a payroll tax in the MTA’s 12-county region. It was later scaled back because of political pressure in the suburbs and is now shouldered primarily by large businesses in the five boroughs.