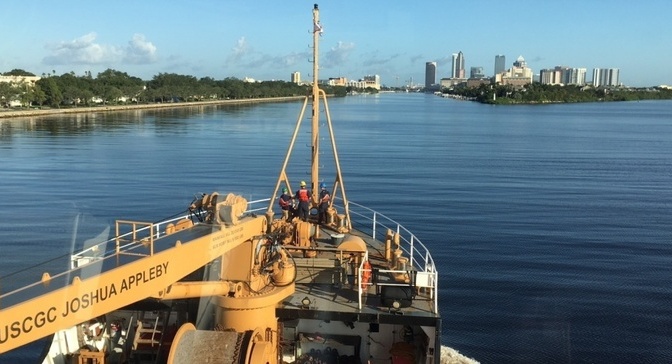 Florida’s main sea ports began to reopen Tuesday. Port Everglades reopened fully, but PortMiami, JAXPORT and Port of Tampa opened with restrictions. Most gates and terminals are open for truck and cargo operations, but the size of vessels allowed to call may be limited.

The growth of e-commerce and Amazon.com Inc. (Nasdaq: AMZN) has shaken up an already crowded retail sectors.

A breaking story today from CNBC says members of the Nordstrom family are working on a deal with private equity firm Leonard Green & Partners to raise $1 billion as part of a bid to take the department store chain private.

Changes in consumer behavior — including e-commerce and bargain hunts — coupled with crowded segments have put pressure on the struggling chains such as Sears (Nasdaq: SHLD) and J.C. Penney (NYSE: JCP) as well as mall and shopping center landlords.

Shares of Nordstrom were up 8.77 percent after hours on the going-private report from CNBC. Nordstrom closed at $45.05 today, according to Google Finance.

The retail stock is down 6 percent so far this year.

When it comes to Upper East Side dining the choices can be perplexing. Often one finds the establishment to be a bit on the stuffy side and overpriced, or a lacking a genuine sense of originality. But, one restaurant is breaking that mold.

TBar Steak & Lounge (1278 3rd Avenue) is a refreshing venue that is full of wonder and pleasantries. Location is prime. It has been a neighborhood establishment that has survived the ups and downs of the changes in the area. With the new Second Avenue subway line, though, it finds itself in a prime spot just a few minutes walk too. It makes a perfect destination for locals, as well as tourists coming uptown to experience Central Park, museums and shopping.

Foremost what makes it stand out is quality and friendly service in a fun environment. Décor is colorful and sets a delightful ambiance. You cannot help but smile when you walk in the doors and are greeted by a lovely hostess.

Seating is ample and arranged in a way that you can have a selection of an intimate corner or a high-energy spot in the middle of it all.

Drinks served are a wonderful way to start the night with a perfectly spiced Tanteo Jalapeno Margarita or a savory Grand Royal. 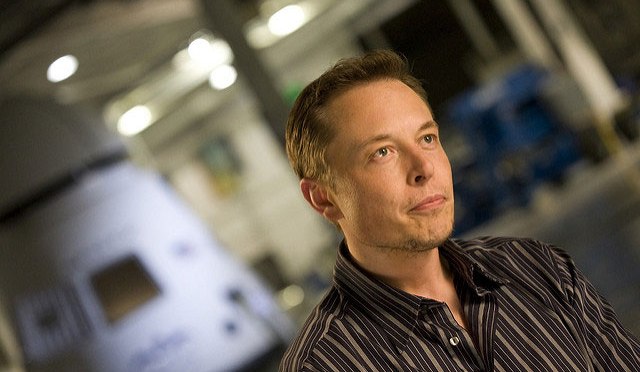 Elon Musk is now the 39th wealthiest person in the world with a total net worth of $21.2 billion, according to Bloomberg’s Billionaires Index.

Although his annual salary is currently less than $46K a year, Musk was one of the top 5 highest paid executives in 2016.

What’s most fascinating about the guy who runs both Tesla (NASDAQ:TSLA) and SpaceX is that he is a Thrillionaire! If your are wondering about the term’s meaning-this is how The New York Times has dubbed the new breed of high-tech entrepreneurs who are investing their new-found riches to help turn once considered futuristic impossibilities into reality.

And there’s absolutely no question that Musk belongs to this category.

He has already achieved so much with Tesla, which, with its EV disruptiveness has greatly influenced the automotive industry. The company has in fact been referred to as the Apple of the automotive world. Tesla’s new solar roof tiles and Powerwall storage systems are also a big deal as they encourage mass adoption of new and sustainable energies which could help save our planet and improve the quality of our lives.

His other company, Space Exploration Technologies (SpaceX), based in Hawthorne, California has been making history as well. Just this March, SpaceX was the first company to ever prove the feasibility of a rapid and complete rocket usability through a first reflight of an orbital class rocket.

Musk even has his eyes set on Mars, with a plan to construct a rocket that’s the size of a 40-storey building. He talked about this dream on TED explaining that the “thrust level for this configuration is about four times the thrust of a Saturn V moon rocket, the biggest rocket humanity has ever created. The rocket is so massive that it could take a fully-loaded 747 as cargo.”

Musk is also involved with his Hyperloop project, which is now handled by his other company called The Boring Company. The plan is to build a low-pressure tube above-ground where passengers can travel on pods at speeds of up to 700 mph. The futuristic transport system would run on solar power, although construction cost could still reach as high as $7.5 billion.

Currently, Musk’s Boring Company is digging tunnels for an underground NY-Phil-Balt-DC Hyperloop. In addition to this, he is considering digging tunnels underneath Los Angeles’ Interstate 105 which could transport cars on electric skates or as a support for a high-speed rail. Musk may also opt to use the tunnel for a high-speed rail connection between Chicago and O’Hare International Airport, a matter under discussion with Chicago authorities.

As you can see, this thrillionaire is definitely not running out of ideas for building a better and more exciting future for the mankind.

Where do these ideas and extraordinary passion come from?

Musk has admitted that he had experienced bullying during his South African childhood days.

He found comfort and great inspiration from books.

“The heroes of the books I read, ‘The Lord of the Rings’ and the ‘Foundation’ series, always felt a duty to save the world,” Musk told Tad Friend in an interview for The New Yorker.

He also said that he has been deeply influenced by Benjamin Franklin’s: An American Life” and Einstein‘s : His Life and Universe.

Musk is even proud to say that Franklin is one of his heroes. “I would say, certainly, he’s one of the people I most admire,” he told Kevin Rose of Foundation in an interview. “Franklin was pretty awesome.”

There are other books obviously which have empowered Musk with knowledge and faith in realizing his dreams, even if at first these were only science-fiction fantasies. After all, their realization is actually for the betterment of humanity. He’s not attempting to be “anyone’s savior,” as he puts it, but he just wants a brighter, happier future for humanity.

Among the best lessons Musk has learned in life is the value of seizing the moment or opportunity.