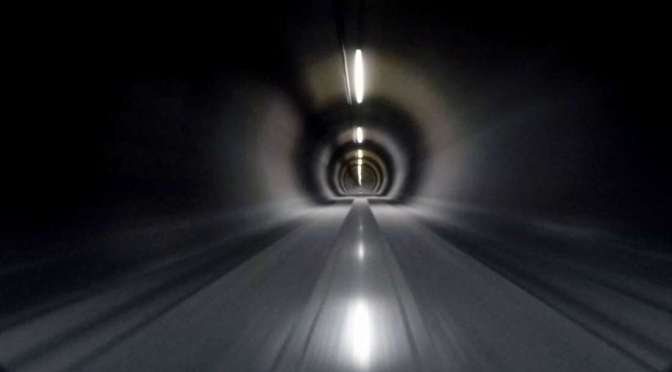 China has said it wants to build a “high-speed flying train” that will be more than three times faster than Elon Musk’s Hyperloop.

The development was announced on Wednesday, August 30 by the China Aerospace Science and Industry Corporation (CASIC). CASIC claims its train would be capable of traveling at 4,000 kilometers (2,500 miles) per hour, 10 times faster than China’s fastest existing bullet train.

Hyperloop, by comparison, promises speeds of a paltry 1,200 kilometers (750 miles) per hour. Psh.

Like Hyperloop, China’s proposal involves using magnetic levitation in a near-vacuum tube. CASIC said its system will be the first in the world that can reach supersonic speeds, and they currently have more than 200 patents for the project.

“The corporation… has the capabilities in simulation, modelling, and experimentation for large-scale projects, as well as the world-class design capability for supersonic aircraft, all of which lay the important ground for the super-fast train project,” said Chinese state-owned website The Paper.

The cost of developing this flying train system has not yet been revealed. Like Hyperloop, it’s likely to need billions of dollars of infrastructure to be successful. If the Chinese government is involved, though, the money may well be available. They’ve got pretty decent precedent with carrying out other large-scale projects, after all.

The Chinese website Sina says there would be a network of tubes built across the country, with turntables used to direct the pods to their destination. The system would run on solar and nuclear power, ensuring it is not only fast but clean, too.

China entering the Hyperloop race certainly makes things interesting. Elon Musk’s SpaceX pod set a new speed record of 355 km/h (220 mph) the other day, following a competition they held, and two other US companies are developing the idea, but no one has laid out a proper proposal for building a full track just yet.

Whether China can beat the US to the punch remains to be seen. China already operates one of the world’s fastest ground transportation systems with its maglev trains, similar to Japan. Now it seems they want to make sure they stay at the forefront of rapid transportation.