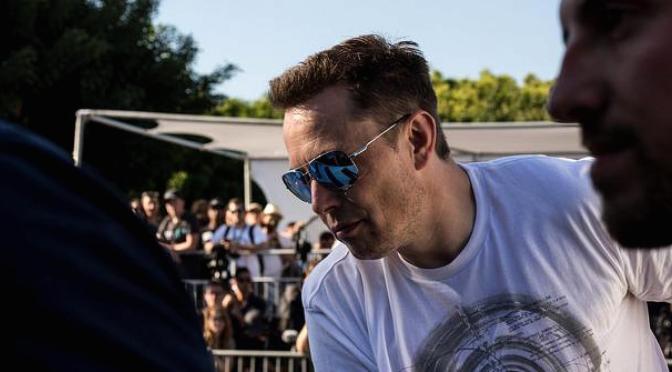 It’s a feat deserving of the ultimate bragging rights — to impress Elon Musk. A bunch of students from around the world did just that on Sunday with their engineering innovation for his ultra-high-speed travel Hyperloop initiative.

The billionaire Tesla and SpaceX founder and CEO wants to make ultra-high speed travel possible via a Hyperloop, which he proposed in a white paper released in 2013. In such a Hyperloop, transportation pods would shoot through vacuum tubes, theoretically making travel at speeds in excess of 700 miles per hour possible.

Sunday, Musk held the Hyperloop Pod competition II at SpaceX headquarters in Hawthorne, Calif. More than 20 student groups from Austin to Zurich to Warsaw designed pods for the competition. The participants who designed one that could reach the highest possible speed on the 0.8 mile test track won. The pod also had to be able to come to a complete stop without crashing.

A team of 30 German students won with a pod that reached more than 200 miles per hour. The group, called the WARR Hyperloop, was made up of students from the Technical University of Munich.

Musk shared a video taken from atop this weekend’s winning pod as it raced around the track.