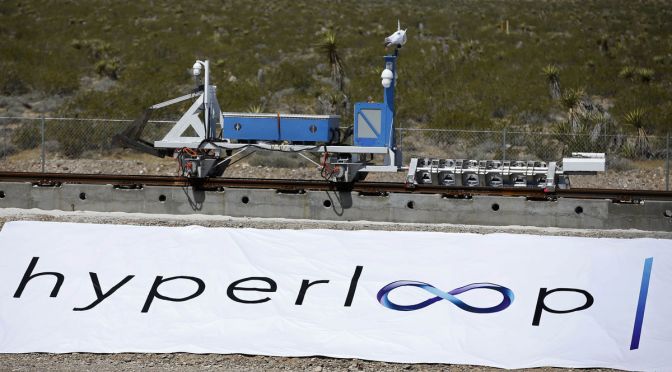 Science fiction seems to be inching closer to reality (at hyper speed, no less) in the form of Elon Musk’s Hyperloop concept.

Hyperloop One, among numerous teams vying to be first to develop the technology, successfully sent its magnetically levitating XP-1 test pod zooming at nearly 200 mph through a 1,640-foot concrete vacuum tube at its Nevada desert test site on July 29. It was the second such test run, following the first one in May, and was a headline-grabber last week.

In Virginia, weekend traffic on Interstate 95 can certainly be as bad as it is on weekdays, especially during the summer.

Would running Virginia Railway Express trains during the weekend help unclog the interstate?

VRE thinks so, and the commuter rail service has an eye on providing weekend service, per its 2040 Long-Range Plan.

The plan, approved by VRE’s Operations Board in 2014, says weekend service could average 6,000 passenger trips “on a typical weekend day.”

That could take a lot of cars off the interstate.

It appears that any such expansion will rely on two major projects.

One is the Long Bridge project. The proposal calls for widening the bridge that spans the Potomac River, the only such railroad bridge connecting Virginia to Washington.

The other shoe that would have to drop would be the addition of a third track. It seems the fate of that addition relies on the D.C.-to-Richmond High Speed Rail Line proposal.

Both of those projects are winding through the tortuously long planning and approval process. The Federal Railroad Administration is expected to make a final decision in 2019.

In the meantime, maybe the Hyperloop will become a reality and someone will convince Musk to dig a tunnel from Fredericksburg to D.C. so we can stop fooling around and enjoy an easy trip to the capital and back.Both of those projects are winding through the tortuously long planning and approval process. The Federal Railroad Administration is expected to make a final decision in 2019.

In the meantime, maybe the Hyperloop will become a reality and someone will convince Musk to dig a tunnel from Fredericksburg to D.C. so we can stop fooling around and enjoy an easy trip to the capital and back.

The state-run MTA has four new people in charge: one for “innovation and modernization,” one for day-to-day operations, one for big projects like the Second Avenue Subway and one — Chairman Joe Lhota — to keep an eye on the other three.

But Gov. Andrew Cuomo hasn’t charged any of them with fixing the authority’s deteriorating $15.7 billion annual budget. Instead, he simply wants the city to pay more.​ The mayor is taking the bait now, reportedly proposing a new income tax hike on the rich — a terrible idea.

Last week, the MTA tasked Pat Foye, the former Port Authority executive director, with figuring out how to upgrade signals and the like. The MTA has also put two other people — Ronnie Hakim, a longtime transit vet, and Janno Lieber, who rebuilt the World Trade Center towers under developer Larry Silverstein — into a new “Office of the Chairman.”

Foye and Lieber managed to do good things at the Port Authority and for Silverstein, respectively. Yet the PA is still a mess, trying to build way too many things at once.

Lieber, too, did a good job of managing the private-sector construction at Ground Zero. But higher-level decisions about what to build saddled New Yorkers with billions of dollars in debt, plus the $4 billion Oculus train station.

Managing the effects of bad political behavior is no substitute for fixing the behavior. Evidence of that is in the MTA’s latest budget, released just as Cuomo was making changes at the top.

The good news: The MTA has precariously balanced its budget for the next two years, plus the rest of this year. The bad news: After that, things get worse. In February, the MTA projected a $372 million annual budget gap for 2020. Now, the gap is double that.

The biggest problem is the slowing commercial property market. The MTA expects to take in nearly $800 million less in its property-related taxes. That’s not because we’re having a recession; it’s because this market was overheated.

Meanwhile, the MTA’s attempts to turn itself around are costly. It will spend $484 million in extra money over four years to increase inspections and maintenance, including $281 million at the subways and bus division.

The MTA benefits from ever-lower interest rates, which make debt cost less. But it’s not enough.

The agency will take some steps to address the deficit — but many are unwise. For example, it won’t make $59 million in contributions to its retiree health care fund, even though it already owes $18.5 billion there. And it will divert $158 million from a construction account.

One of the MTA’s assumptions demands something of the governor: $260 million in extra state money by 2020, to make up for the governor’s decision, in his first term, to reduce the MTA’s payroll tax on small businesses.

And the request is half-justified, in government world. The MTA’s payroll taxes are coming in $138 million higher than expected. But were it not for the governor’s tax cut, in the MTA’s reasoning, they’d be even higher.

A governor who regularly spends a little something on pet projects all around the state doesn’t want to give up some of those precious dollars to the MTA.

And this extra payment just delays $493 million of the deficit to 2021, when, as the authority’s budget officials mildly note, “it will need to be addressed.”

The governor’s slapdash answer: Make the bigger payment under cover of funding a huge new maintenance push at the MTA, and make the city pay, too.

Just before the bad budget news, Cuomo and the MTA asserted that the city should pay at least $236 million in extra operating costs — almost all of the extra subway and bus spending planned. But this would set a terrible precedent. City taxpayers and riders already provide the most MTA money.

Strip away all the theater, and the MTA’s biggest financial problem doesn’t come from its operational failures. Its announcements to improve service aren’t some radically improved strategy, but what it should have been doing all along. “We need short-term emergency financing now,” Lhota said on Sunday — but the fact is that the MTA’s internal incompetence created this emergency.

The MTA’s financial problem is old and predictable: Volatile tax revenues, like those related to commercial property, are indeed volatile.

If the city gives more, as Mayor Bill de Blasio seems set to propose, it’ll be saying that when the MTA can’t manage its budget in the good times, the city will bail it out. 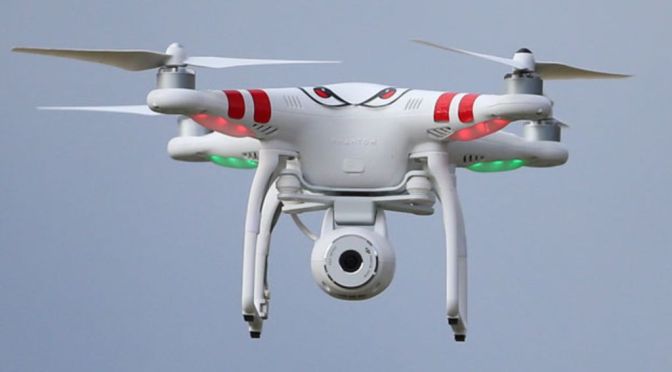 No I do not usually look at email advertisements.

Before I clicked on “SEE MORE”, I tried to imagine what I needed drone insurance for. I thought it was a delivery person who was PO’d at me because I am very difficult to deliver anything to.

I live at the same address as about 50 other people. Yes I have a mailbox with my name on it, but many things (like checks) sometimes need a signature. The difference between me and the other 50 people at my address is location. They all live in a 6 story building. I live in a “cottege” at the end of the entrance corridor in a big courtyard surrounded on three sides by 6 story appartments.

Yes, they usually call my cell phone (usually when I am busy writing or washing my hair or cooking).

Nobody has tried a drone on me yet! I have a 110-year old palm tree right in front of my house! Now THAT should keep most drones away without buying insurance!!!

Maybe if a drone crashed in front of my house somebody would listen to my idea: Deliver to what the French call a “relais”: a nearby store that accepts packages for people in the neighborhood. Certainly smarter than paying a delivery person to wander around “like a chicken with his head cut off”.

Finally my curiousity got the better of me and I looked at the advertisement before hitting SPAM!

It was for MY DRONE!