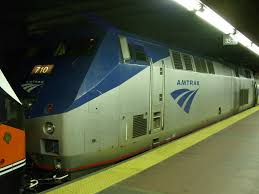 Metropolitan Transportation Authority Interim Executive Director Veronique Hakim confirmed Monday that Amtrak and the MTA have “an agreement” to begin running trains to and from upstate into the east side station, as the national railroad begins much-needed repairs in Penn Station.

“They will be bringing a small part of their Empire Service into Grand Central. We think they’re looking at six trains, three in or three out,” Hakim said. “That could provide some relief at Penn (Station) as well.”

Empire Service trains make stops between the Albany area and New York City, including Yonkers and Schenectady, among others. Some trains originate or terminate in Buffalo, making stops in Rochester and Syracuse.

Empire Service trains have not run into Grand Central since 1991 when Amtrak consolidated all its operations in Penn Station, which it owns, a move that allowed upstate travelers to change trains across a platform rather than across town.

But a litany of issues in recent months, including two derailments in the spring, has brought to light significant issues at the station, including years’ worth of neglect by Amtrak at the station.

In order to get things back into good condition, Amtrak will have to perform eight weeks of improvements starting next month, which will take tracks out of service and wreak havoc on Long Island Railroad and NJ Transit schedules.

Hakim said the MTA would be monitoring the improvement process closely to make sure Amtrak is finished on time.

“We want to keep Amtrak’s feet to the fire when it comes to meeting their schedule,” she said.

Hakim announced changes to the Long Island Railroad, including lengthening trains, canceling others, running buses and ferries free for weekly and monthly ticket holders and slashing overnight tolls for trucks.

“We know that our customers have had enough. We heard them loud and clear,” Hakim said. “Dozens of weekly delays … have rippling consequences, not just here but throughout our entire region.”

NJ Transit, which operates trains to and from Rockland County, had announced its plans earlier. They include routing some lines into Hoboken and adjusting schedules for others.

Rockland County trains will work on their regular schedules, according to the NJ Transit plan, though commuters who change at Secaucus Junction for Penn Station may need to adjust their schedules, the agency said.