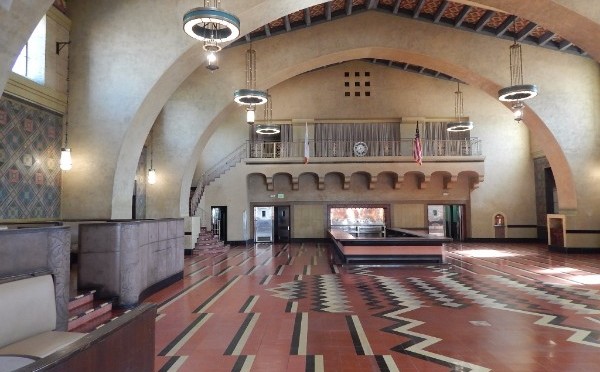 That restaurant—a Harvey House that, during World War II, became a popular waystation for soldiers shipping out of the railway station to their posts—shuttered more than five decades ago.

Today, stepping through the glass doors and into the airy Art Deco space, known as the Fred Harvey Room, feels like traveling back in time.

One of the last restaurants operating in a chain once ubiquitous at railway stations, Union Station’s Harvey House closed in 1967, but continued to host the occasional private event or film shoot, including a music video for Fiona Apple’s 2009 song “Paper Bag.”