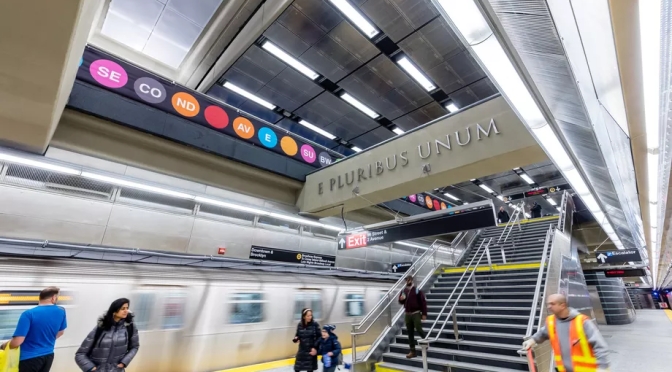 The MTA will increase Q service during the morning and even rush hours.

the MTA will make a small increase to the number of Q trains along the Second Avenue Subway line during morning and afternoon rush hours. But don’t get too excited, because the service change won’t be huge: It will add one southbound train during the morning rush hour, and one northbound train during the evening rush hour. But according to the MTA, this small measure will help keep trains from overcrowding as ridership along the line increases.

According to Wynton Habersham, the MTA’s head of subways, daily ridership on the Second Avenue line has surged from 124,000 riders during opening week to about 176,000 riders every day during the week. Meanwhile, ridership on the 4/5/6 lines has dipped 40 percent during morning rush hour, and 26 percent overall.

And the agency says that wait times have decreased along the Lexington Avenue line now that many commuters have switched over to the Second Avenue Subway.

One thought on “2nd Ave. Subway gets a boost: Two Q Trains”