Running eastbound from Matteawan, the next station stop was Glenham. In Glenham the tracks crossed the Fishkill creek in two places. The bridge at West Glenham was replaced at least twice over the life of the line. This photo shows the first bridge over Fishkill Creek at West Glenham. These original D&C RR bridges were not strong enough for the heavier locomotives and trains that the NY&NE RR began running on the line in 1881. 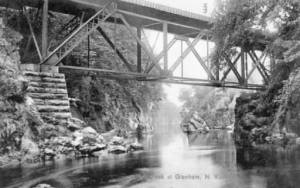 This much stronger bridge was built in 1894 at West Glenham to handle the heavier locomotives and trains of the NY&NE RR. 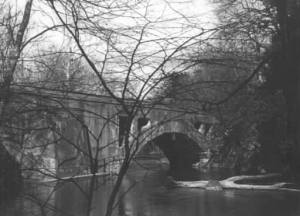 In later years, this concrete arch bridge replaced the steel bridge at West Glenham. This bridge is still in service but there is little traffic on the line. Metro North RR is saving the line for possible future use as a commuter route.

Check out this WebSite for more interesting articles and pictures

One thought on “Bridges At West Glenham”