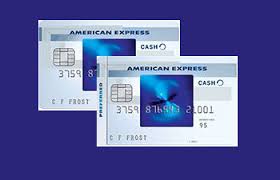 Don’t let Amex Blue Cash Preferred’s $95 fee dictate which card to choose.  Let’s dive deep and find out which card is right for your personal needs.

Why Not Amex Blue Cash?

-Grocery store spending is capped at $6,000 a year (then 1%)
-American Express is not as widely accepted as Visa
-Other credit cards with better offers?
-Foreign transaction fees of 2.7%
-High annual percentage rate
-Requires good credit score

The New York Central entered the Carrier Corporation plant on what was still referred to in 1950 as the Syracuse Junction Railroad. The air conditioning unit being loaded was bound for the United Nations building being constructed in 1950.

The Troy and Greenbush Railroad was chartered in 1845 and opened later that year, connecting Troy south to East Albany (now Rensselaer) on the east side of the Hudson River.

It was the last link in an all-rail line between Boston and Buffalo. Until bridges were built between Albany and Rensselaer, passengers crossed on ferries while the train went up to Troy, crossed the Hudson River, and came back down to Albany.

The Hudson River Railroad was chartered in 1846 to extend this line south to New York City; the full line opened in 1851. Prior to completion, the Hudson River leased the Troy and Greenbush.

The two railroad bridges crossing the Hudson River between Rensselaer and Albany were owned nominally by a separate organization called The Hudson River Bridge Company at Albany, incorporated in 1856. This ownership was vested in The New York Central and Hudson River Railroad Company, three-fourths, and the Boston and Albany Railroad Company, one-fourth. Except for foot passengers, the bridges were used exclusively for railroad purposes. The north bridge (variously referred to as the Livingston Avenue Bridge or Freight Bridge) was opened in 1866, and the south bridge (variously referred to as the Maiden Lane Bridge or Passenger Bridge) in 1872.

The first railroad in New York State, and one of the first anywhere, was the Mohawk & Hudson, connecting Albany and Schenectady. The Rensselaer & Saratoga Rail Road followed in 1832, only a year later. Within twenty years, three more railroads came into Troy:
(1) Troy & Greenbush;
(2) Troy & Boston; and
(3)Troy & Schenectady.
The resulting congestion led to the formation of the Troy Union Railroad in 1851, owned jointly by the four roads. It opened in 1854. The tracks were moved from River Street to Sixth Avenue and a new station built. One of the lines was eventually bought by the D&H RR (Rensselaer & Saratoga RR), two were merged into the New York Central RR (Troy & Schenectady RR and the Troy & Greenbush RR), and the fourth became part of the Boston & Maine RR (Troy & Boston RR).

TROY AND GREENBUSH RAILROAD ASSOCIATION was incorporated May 14, 1845; road opened June, 1846. Leased June 1, 1851, for the term of its charter or any extension thereof to The Hudson River Railroad Company at an annual rental of seven per cent on $275,000 capital stock. The lease was assumed by The New York Central and Hudson River Railroad Company under the consolidation of 1913.

This Company was incorporated May 11, 1845, and organized May 14, under a lease from the New York and Albany Railway Company. According to the charter the road extended from Washington street, in Troy, to where it intersected the track of the Schenectady and Troy Railroad, to Greenbush, where it connected with the track of the Albany and West Stockbridge Railroad. On its completion trains were drawn by locomotives up through River street to the intersection of King and River streets, Troy, where the depot was situated. On January 1, 1851, the road was leased to the New York and Troy Railroad Company. This was subsequently leased to the Hudson River Railroad for seven per cent. on $275,000 its capital stock.

From our archives of New York State Railroads: “GREENBUSH, one hundred and forty-three miles, is the northern terminus of the Hudson River Railroad. The Troy and Greenbush road, six miles in length, is run by the former company under a lease. Passengers can cross the ferry here to Albany, or continue on to Troy, trains being run every hour, and immediately upon the arrival of the New York trains. The western terminus of the Albany and Boston is also at Greenbush. Extensive depot accommodations have already been erected here, which will soon be increased, and the vast business in freighting done by the various roads will tend to render this village a very important point.”

In 1851 the Hudson River Railroad leased the Troy & Greenbush. If the Mohawk Valley were to be built, then there would be a true rival to the Mohawk & Hudson and the Utica & Schenectady. When the Hudson River RR failed to press its advantage, Troy tried to get the Harlem to extend to Troy from Chatham. Russell Sage chaired a committee that concluded city should sell its railroad. Also involved was Edwin Morgan, the president of the Hudson River RR. The net result was a sell-out to the New York Central.

The 1950 Annual Report of the New York Central shows improvements on leased or controlled property Troy and Greenbush Railroad $238,925.55

Today, all that is left is the “Troy Industrial Spur” that runs from the Livingston Avenue Bridge to South Troy.

In 1976, there were 10 “motor’s” working the Niagara Jct. Railroad. The seven locomotives ordered in 1952 from the General Electric Company, were the largest single order for GE style locomotives at that time, allowing the NJ to remain all-electric after almost every other common carrier had gone diesel. The Niagara Junction was taken over by Conrail on April 1, 1976, when the locomotives were re-numbered to Conrail’s 4750 series in August 1977. Electric operation was discontinued in January 1978, when the NJ #14-20 were barely 26 years old! By 1980, Conrail had moved entirely to diesel power and had scrapped four of the “Juice Boxes.” 1983 saw the remaining six sold for scrap value. Metro-North Railroad bought the three and outfitted all three with “third rail” pickup’s so they could be used around and under NYC’s Grand Central Terminal. In 1998 the last three units were placed in a “dead line,” their fate unknown.

The Niagara Junction operated strictly in the City of Niagara Falls except for Foote Yard, which I believe is actually in the Town Of Niagara. The engine house was located on Hyde Park Blvd. Extension in the city of Niagara Falls. The building is and track are still there, but Conrail couldn’t wait to get the overhead wiring down.

Before Conrail, Niagara Junction was controlled by the Erie.

For more short stories on railroads:

In 1873, the Blossburg and Corning Railroad and the Wellsboro and Lawrenceville Railroad were merged to form the Corning, Cowanesque and Antrim Railway. Owned largely by the Fall Brook Coal Company, the CC&A was reorganized in 1892 as a part of the Fall Brook Railway, which, via three additional holdings, the Geneva and Lyons Railroad, the Syracuse, Geneva and Corning Railway, and the Pine Creek Railway, offered through passenger service between Lyons, New York, and Williamsport, Pennsylvania.

In 1988 Conrail ceased operation of its line between Wellsboro Junction and Jersey Shore, Pennsylvania, leaving only the line between Gang Mills (near Corning), New York, and Wellsboro, and making the name “Wellsboro Junction” something of an anachronism. With this abandonment, the remaining line became and continues to be the only railroad in Pennsylvania’s Tioga County.

I check in and fill out some forms. This is my first experience of a cancer hospital and it’s really depressing. There’s a pungent smell of disinfectant and floor polish. All the other patients in the waiting room are twenty to thirty years older than me. Some look in quite good shape, but one woman looks frail, wearing a trademark cancer headscarf. Her eyes are drawn and she hobbles in, leaning on her husband. No one gives her a second glance and I realise this is not out of the ordinary around here. Eventually, I’m called to another waiting area and pass the refectory on the way. I look in the windows and see groups of people huddled around tables filled with hot drinks. Some people appear normal, but there are the inevitable bald patients, the deathly pale and others with an intravenous drip on a stand. I make a…