Just read a great story by MARK WHITTINGTON about Donald Trump’s interest in high speed rail may be made obsolete by the Hyperloop. Passengers and cargo could be moved at supersonic speeds at a fraction of the cost.

President Donald Trump is interested in building high-speed rail lines across the United States. The idea is that 200 miles per hour trains would whisk passengers and cargo between destinations, substantially cutting down travel times. However, an emerging technology called the #hyperloop may already be about to make the high-speed train obsolete.

The Hyperloop would propel people and cargo in pods down a sealed tube using magnetic accelerators at speeds more than 700 miles an hour. The technology was invented by SpaceX’s Elon Musk and is now being refined by a number of private companies. Musk claims that a Hyperloop line between Los Angeles and San Francisco would cost about $6 billion to build as opposed to the nearly $70 billion (and growing) that the proposed high-speed rail line is estimated to cost. The line would be solar powered and, since it is built on elevated pylons, would have less of a “footprint” than a rail line. Hyperloop lines could be built along Interstate highways.

The Trump administration should approach the siren call of building railroads with caution. To be sure existing rail lines and tunnels, some of them approaching a century old, need upgrading. But if a way can be found to move people and cargo between cities at greater speeds, as less cost, powered by renewable energy, using less land, then that way should be seriously considered. Great care, at any rate, should be taken when spending hundreds of billions of dollars. Perhaps a prototype project, connecting two cities somewhere in the United States, should be undertaken to test the usefulness of the Hyperloop before committing to high-speed rail.

Perhaps President Trump should start with a “smallish” project: connect Louisville and Chicago. AMTRAK has fallen on it’s face over the years on this one. Well, they have an airport and an Interstate Highway.

Our company has already proposed this project to HYPERLOOP ONE, the leading company in the Hyperloop field. We have already published details of this project.

We have tried to make it as simple as possible and bring costs down. We follow Interstate Highway 65 from Louisville to Gary, Indiana. Then, knowing the extreme difficulty of entering Chicago from the East, we took a novel change. Passengers and freight stop at the Gary International Airport and change to the South Shore Railroad (already rebuilt with government funds). Passengers get off at Millennium Station in downtown Chicago. 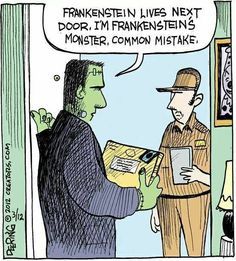 With the holidays come the holiday parties , and in this post I wanted to give you a good well rounded holiday party wardrobe. I did a mix of styles with different degrease of dressiness (is that even a word?) which I hope will help give you some inspiration if you are feeling overwhelmed by the choices or if you don`t even know where to start.