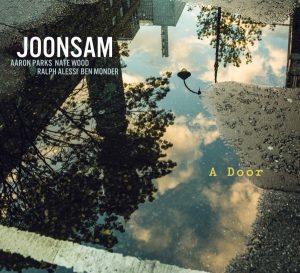 Gold and Sun were once great fun.

But then the summer was gone.

I walk to the water of

A thin layer of ice,

covers the lake of summer’s past.

Every seat was occupied in the waiting room at the Essex Junction Amtrak station on the first Wednesday in January. Passengers going south to New York City and Washington, D.C., spilled onto the platform next to the tracks. The drab station was the center of activity as the shops and restaurants in the old commercial buildings along Railroad Avenue began to open.

With a blast of its horn, the Vermonter arrived promptly at 9:54 a.m. from St. Albans, and 110 people climbed aboard the train. Such large crowds delight Essex Junction leaders, who want to boost train ridership in the historic railroad town.

The goal is “to put the junction back in the Junction,” said George Tyler, president of the Essex Junction Board of Trustees.

To that end, he and his colleagues are doing everything they can to accelerate the proposed extension of passenger rail to Montréal, which they figure could bring throngs of Canadians to Essex Junction, the train’s sole stop in Chittenden County. It would restore the old Montréaler service that for decades brought tourists and skiers through Vermont, linking Quebéc and Washington, D.C. The trains ran until 1995, when Amtrak discontinued the run because of financial problems. St. Albans became the northern terminus, and the line was renamed the Vermonter.

Citing renewed interest in rail and a national increase in Amtrak ridership, state officials predict the new service to Montréal will start in 2019. “Everything that needs to be done is in Canada,” said Dan Delabruere, rail director at the Vermont Agency of Transportation. “We’re ready on the Vermont side.”

Village leaders are touting other rail projects, too, as part of a broader village revitalization that encourages better pedestrian access, more street life and taller buildings in the core of the commuter burg.

For years, the area around the Junction sprouted strip development, parking lots and outlet stores while commercial spaces in the historic center sat empty. No more. New planning and zoning goals promote downtown-style redevelopment and seek to inject more life into the village.

“This community came into existence because of rail, and one of the best things we can do is take advantage of this fact and redevelop our rail assets,” said Tyler.

Originally named Painesville after Vermont governor and railroad owner Charles Paine, the village in the town of Essex earned a different moniker in the 1850s. It became known as “the Junction” because at least six rail lines chugged through it.

Read more on this story

It was an intimate event hosted by the Piaget team at the swanky Beta Bar. A VIP and media launch party to introduce the Polo S – a new generation of the iconic Polo Watch – to the Australia market.

With vintage Pol Roger flowing; oysters and scallops circulating.., we spotted guest, Myer and Jaquar Ambassador; TV presenter Kris Smith among this glamorous crowd.
‘Play a Different Game’ was the message, and why? Well, let’s revisit 1979, when Swiss watch maker Yves G. Piaget designed the original Polo Watch, and it was destined to be a symbol of the luxury lifestyle…

Although the Polo Watch was the ‘it’ watch in the ’80s, this once iconic timepiece was in need of an update to attract younger; hipper and price point conscious new market.
“Younger people are buying luxury watches earlier than they were before.” Says Piaget’s CEO Philippe Leopold-Metzger.
Therefore, the…