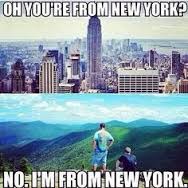 MINEVILLE, N.Y. Some look at an abandoned, centuries-old iron mine in New York’s Adirondacks and see a relic. But, an ambitious group of engineers sees the shafts in Mineville as a new way to provide a steady flow of electricity in a growing market for renewable energy. They are pitching a plan to circulate some of the millions of gallons of groundwater that have flooded the mine shafts over the years to power an array of 100 hydroelectric turbines a half-mile underground.

They envision the operation as a solution for solar and wind power producers, who need ways to ensure an uninterrupted flow of energy when the sun isn’t shining and winds are still. While logistically complex, the plan is at the same time incredibly simple: Engineers would drain roughly half of the water from the shafts and pump the remainder into an upper chamber. The water would then be released into a lower chamber, powering turbines and creating electricity. The turbines would be reversed to pump the water back up to repeat the process. Technically, the pumped water is considered stored energy, to be released strategically when power is needed.

For the locals, the pumped storage project would breathe new life into a depressed former mining town, doubling the local tax base, generating hundreds of construction jobs and a dozen permanent ones, and providing extras like a new highway garage and water lines, said Tom Scozzafava, supervisor of the surrounding town of Moriah. Gov. Andrew Cuomo has called for 50 percent of the state’s electricity to come from renewable sources like wind and solar by 2030.

So what and where is (was) Mineville? Well, I turned to the NEB&W Railroad.

The NEB&W Railroad is an “HO” scale railroad associated with R.P.I, a noted engineering school located in Troy, New York. The NEB&W still serves Mineville and Troy (where much of the products of the mine went).

Products went from the mine” 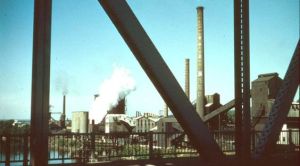 2 thoughts on “Mineville Is Getting Back On The Map NOW”