A jubilant U.S. Rep, Carolyn Maloney (D-Astoria) gave the MTA a final grade of A-plus Tuesday for its progress on the first leg of the Second Avenue subway and said the opening of the massive project was imminent.

“The MTA tells me that as of Oct. 1 the project was 98 percent complete,” Maloney announced at a recently completed plaza at 63rd Street and Third Avenue. The new entrance to the existing station at 63rd Street is part of the project, which involved building three new stations on the Second Avenue line between 96th Street and 63rd Street.

“In just a few short months more than 200,000 riders will ride the Second Avenue subway on day one,” Maloney told transit advocates, elected officials and business owners on the avenue.

The congresswoman said in a press release issued Tuesday “Phase 1 is expected to be completed by December 2016,” a statement that countered widespread pessimism that the MTA would not meet the year-end deadline.

“The Second Avenue subway will have a huge impact on people’s lives.” she said. “We’ve passed the point where there is any doubt that it will be finished.”

The MTA said the new subway will take a load off the jammed Lexington Avenue line, which carries 40 percent of all riders in the entire subway system, and deliver passengers to the West Side without requiring transfers to other lines.

Maloney, who began a campaign to revive the Second Avenue subway project in the mid-1990s, said it was “high on my list of things I wanted not accomplish when I first was elected to Congress.

The Q train will serve the new Second Avenue line and the W train will be brought back to transport Queens riders who have used the Q.

The project was first mentioned in 1919 by New York Public Service Commissioner Daniel Turner. The Great Depression of the Thirties foiled the first plans for the subway, while a new attempt that was made after World War II failed. After years of false starts and the building of some tunnels, the first phase of the Second Avenue subway began construction in March 2007.

Entrance to Burgos by David Roberts, 1838

Snippets 89. Charles Marriott (1869-1957) was a writer of fiction with five novels to his name by the time he travelled to Spain and wrote about his experiences there in 1908. A Spanish Holiday is a travel journal detailing his time spent travelling with a friend around Spain. We previously looked at a couple of quotes from his journal in Snippets 36 and Snippets 65. The following quotes are from different locations, the first Burgos, the capital of Castile in northern Spain, and the second from Madrid, but both concern the difficulties Marriott experienced with adapting to the Spanish climate.

At three o’clock on this blazing afternoon we found half-a-dozen beggars outside the portal, wrapped in their blankets, dozing in the sun. On the strength of our dusty and generally down-at-heel appearance they accepted us as brothers, and told us that there…

This movie has universal themes of survival, hope and rising above ones circumstances. Dev Patel is a great actor and shines in this great movie. I am not sure how true-to-life the situations are in it so some of my fellow Indian bloggers can help me with that question. This film won an Academy Award for best picture so it has to be good.

Photo by James Petts. This file is licensed under the Creative CommonsAttribution-Share Alike 2.0 Generic license.

If you’ve been to two different branches of the same retailer, one in the heart of London and one in a less central area, chances are you’ve been a victim of price discrimination. The “discrimination” part of this phrase is probably ringing a few alarm bells with you already, but in the end, price discrimination is just another (relatively harmless) way of firms seeking to maximise profits, as basic economic theory states that they do. But what is price discrimination? Essentially, what this is is when firms charge different prices to different buyers for the same good or service. This manifests itself in many forms in our daily lives, from our taking advantage of age discounts to the annoyance we feel when paying large amounts for coffee in Leicester Square. Whilst often denounced by many… 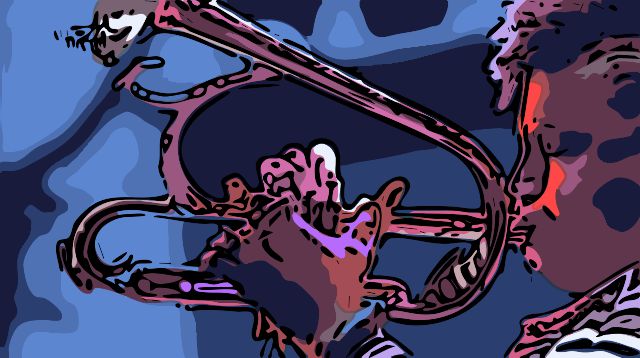 In Star Wars, the Galactic Empire and the Emperor had a strategy to wipe out the rebellion and establish themselves as the ultimate Lord. Their business model was a simple one – build the Death Star and use it to wipe out rebel planets. The Empire spent countless resources, including crazy amounts of manpower, money and effort to build the Death Star. After successfully destroying only one planet, the Rebels destroyed the Death Star. After the destruction of the first Death Star, neither the Emperor nor Darth Vader decides to relook at their “failed” business strategy. Instead, they decided to rebuild a bigger, newer Death Star. Again, the Rebels managed to destroy it.

One of the biggest mistakes organisations make is to focus on people.
The key to successfully getting your employees to high performance is to focus on “process”. You can still care and love them, but your emphasis must be on building institutional processes. One of the biggest mistake the Empire and its leadership made was to rely on their “top talent”. This was also the same issue that Enron had. They hired really smart people and focused entirely on these “special” people making the organisation great. Initially, Enron had stellar performance. But like the Empire, it ultimately blew up. In Episode IV: A New Hope, the Emperor disbands the Galactic Senate and handpicks a few regional governors. By Episode VI, even those are gone and only Darth Vader remains as his bastion of leadership. Mentoring was a key part of the process. Yoda explains the mentoring process of the Alliance as “always two there are, no more, no less; a master and an apprentice.” Everything has to be a process. Processes and structures are key to ensuring a high performance organisation. Just ask Darth Vader and he will share the perils of focusing solely on people.

When I talk about leadership being a constraint, it not only means the quality of leadership at the top of the organisation but also the quality of leaders all across the different layers. If you glance at the Empire’s leadership, there were very little processes involved in building the leadership DNA. It was pretty much Darth Vader and the Emperor who ruled (after they wiped out all other leaders along the way). The Jedi Rebels, on the other hand, not only had a leadership development process, but their leadership continuality was being built at all levels. When there was a gap, as we saw in Episode IV, Master Yoda steps in to train young Luke Skywalker. The Jedi Council itself spent an enormous amount of time on leadership development issues. Even at the stage of young Padawans (akin to management trainees at organisations), the Council reviewed each applicant and measured progress. And there is a clear mentor-mentee system to ensure all young Jedi are given leadership exposure and coaching. In Episode I: Phantom Menace, young Obi-Wan is sent by the Council on a diplomatic mission to Naboo accompanied by his Jedi Master Qui-Gon Jinn. If you look at all the top organisations in the world, a key part of their success is leadership. Great leaders and managers are needed at every organisational level. It is very hard work to develop and grow leaders at each level.

The Year(s) of Living Non-Judgmentally

With a blog named The Year(s) of Living Non-Judgmentally,  I tend to notice signs of non-judgment.

No judgement here about the spelling of “judgment”; dictionaries judge that either spelling  is okay.

I’ve been working on “no judgement” here in the beautiful city of Edinburgh, Scotland.  I judge that “no judgment”  is very difficult, especially regarding myself. Judging myself (and expecting others to judge me) is second nature and very difficult to give up.  No judgement here about that;  I, a psychotherapist,  see excessive self-judgement in others all the time.

In my judgement, we self-judging people would feel much better if we practiced “no judgement” here, there, and everywhere.

Any judgement about this post so far? If  there is, no judgement here about that.  Human beings are natural judgers.  We just need to judge ourselves and others more kindly.

Any judgement here regarding my other photos from yesterday? 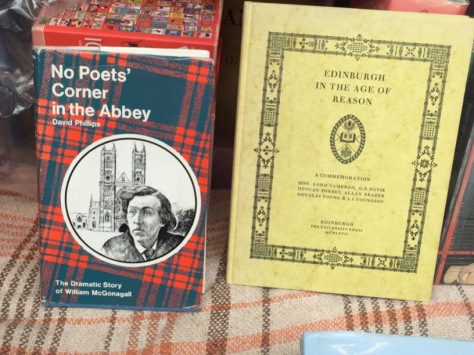 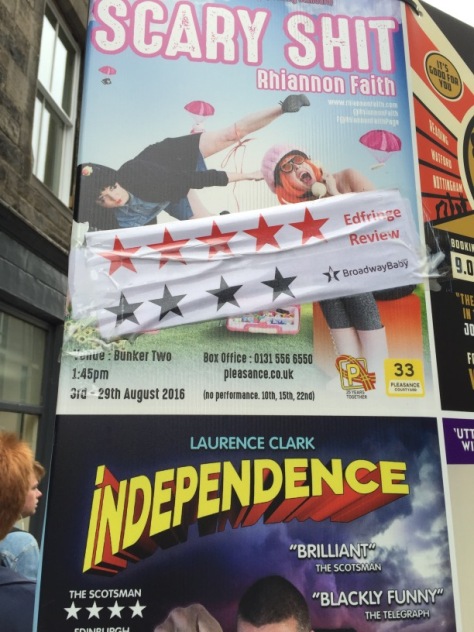 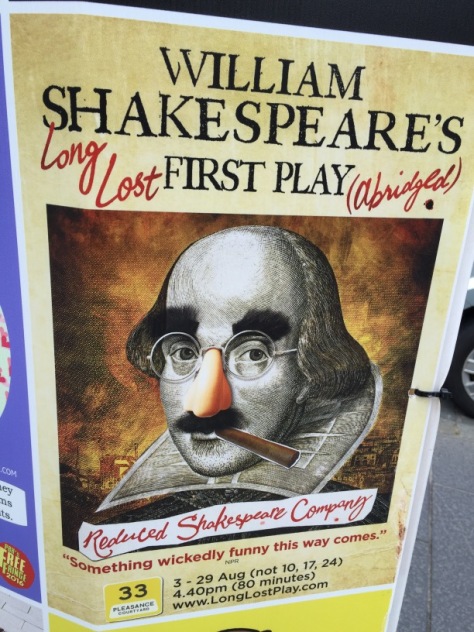 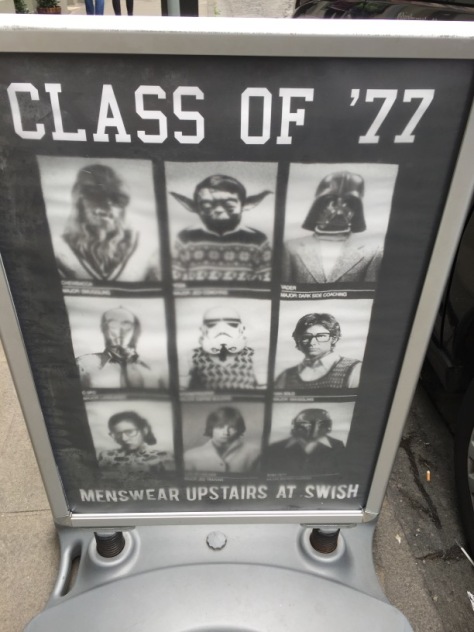 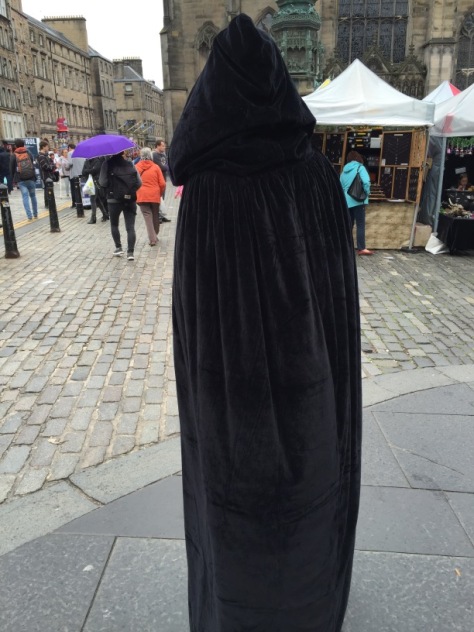 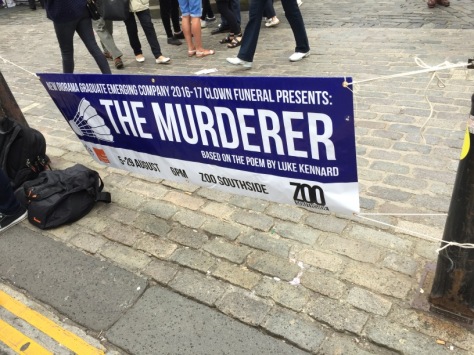 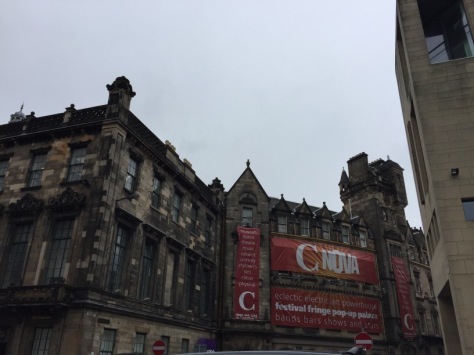