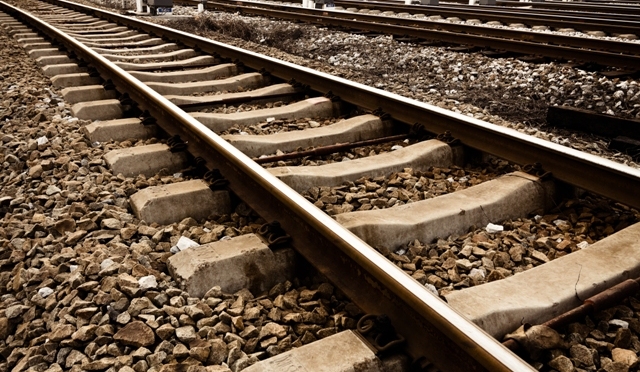 Top Connecticut lawmakers and leaders joined transportation officials in Willimantic, for the groundbreaking of a grant to upgrade New England railroad infrastructure.

Approximately fifty people joined together along the NECR main line to recognize the importance of this project for the economy of Connecticut. Attendees were a diverse mix of local industry managers and governmental officials, local and regional economic development officials, and representatives from the Federal Railroad Administration. After several speeches by attending officials, the group watched as a NECR freight train broke through a ceremonial banner across the main line.

“The federal TIGER funding I helped secure for proved critical in the effort to leverage matching funds from private industry in order to get this project underway,” said Courtney. “After the rail line upgrades are completed, it will greatly expand the freight capacity of the eastern Connecticut rail network. That is an enormous increase from the current capacity and will allow the Port of New London to greatly expand the amount of freight cargo that can be shipped in and sent out by rail across the region. This development is bound to expand industry and create new jobs across eastern Connecticut as shipping expands. I want to thank the U.S. Department of Transportation, ConnDOT and the New England Central Rail for their continuing commitment to getting this done. “

“This substantial TIGER investment will bring the New England Central Railroad into the 21st century— creating new jobs and increasing shipping capacities from Vermont to New London,” said Blumenthal. “These critical upgrades will bring enormous benefits to local economies in Connecticut, all while reducing transportation costs, increasing rail safety, and allowing companies to grow. I will continue to fight for federal resources that will help support and improve Connecticut’s transportation system.”

“Today is a great day for Eastern Connecticut. Our previous freight rail system was ineffective and cumbersome,” said Murphy. “This public-private funding partnership made possible by the TIGER grant I was proud to help secure will make necessary upgrades to our rail infrastructure, opening doors to new economic growth-and most importantly, new jobs.”

New England Central Railroad President David Ebbrecht said: “The TIGER VII grant will make a significant improvement in freight transportation in Connecticut. It will make movement of goods to and from the Port of New London and the numerous communities along the line more efficient and help Connecticut industry better compete in national and world markets. The New England Central Railroad greatly appreciates all of the support provided for this grant by elected federal and state officials led by Congressman Joe Courtney, Connecticut DOT under the direction of Commissioner James Redeker, U.S. Department of Transportation and all of the communities and customers served by the railroad in the state.”

I hear it was national underwear day recently.

Which made me think of this saying likely made up by mischievous students forced to study Latin: Semper ubi sub ubi.  “Always where under where”.

A friend told me that when he started studying Latin in school, all his other grades shot up. Why? Well, think about it.

Whether it’s English literature or any of the Latin-based languages (Italian, Spanish, Portuguese, French and some Romanian), words that hadn’t made sense before, suddenly did. Then there’s biology, botany, chemistry, law, etc… lots of Latin words.

Many countries, schools and other institutions have Latin words in their motto. My high school’s motto was Sic Luceat Lux: Let your light so shine. And Canada’s motto is A Mari Usque Ad Mare: From Sea to Sea.

Think how many Latin terms are still in common usage:

This  is  the  Number  7  locomotive  at  The  Henry  Ford  Greenfield  Village  in  Dearborn,  Michigan. 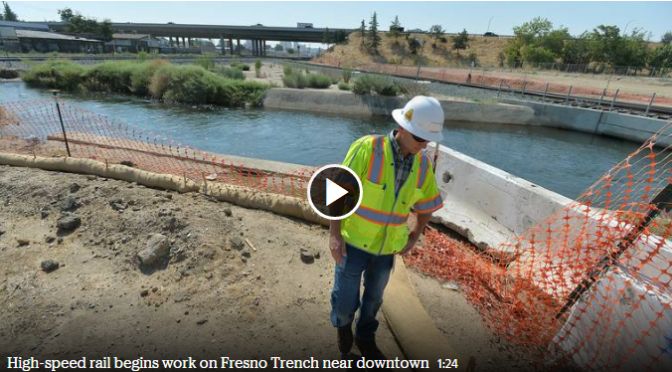 Anthony Foxx, accompanied by California state Transportation Secretary Brian Kelly and Jeff Morales, CEO of the California High-Speed Rail Authority, toured several of the sites in Fresno and Madera counties where major construction is underway on the first stages of the statewide bullet-train project.

Those included a 1,600-foot-long viaduct to carry the high-speed tracks above the Fresno River, Highway 145 and Raymond Road east of Madera; a new bridge and elevated tracks across the San Joaquin River and the Union Pacific Railroad tracks at the Fresno-Madera county line near Highway 99; and the new Tuolumne Street bridge over the future high-speed tracks in downtown Fresno.

More than $3 billion from the Obama administration – much of it from the 2009 American Recovery and Reinvestment Act – is being used for work in the Valley.