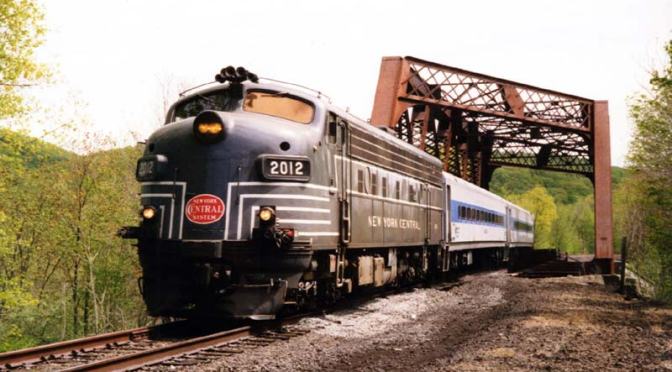 The Metropolitan Transportation Authority and MTA Metro-North Railroad are asking companies and organizations to step forward with ideas for how to revitalize a little-used rail line that runs east-west across Dutchess and Putnam counties.

The line, known as the Beacon Line or the Maybrook Branch, connects with Metro-North’s Hudson Line at Beacon, proceeds east through Fishkill, Hopewell Junction, and Stomville, and connects with the Harlem Line north of Southeast.

Although owned by Metro-North Railroad, the line is not currently used for passenger train service.

Metro-North Railroad’s Beacon Line is a non-revenue line connecting the railroad’s three revenue lines east of the Hudson River. West to east, they are the Hudson Line, Harlem Line, and the Danbury Branch of the New Haven Line. It was purchased by Metro-North in 1995 from Maybrook Properties, a subsidiary of the Housatonic Railroad, to preserve it for future use, training, and equipment moves. Maybrook Properties had purchased the line from Conrail after Conrail withdrew from the Danbury, Connecticut, freight market

“Perhaps there are ways that the line could be put to use for the benefit of the public that are outside of our mandate as a public transportation agency,” said Metro-North Railroad President Joseph Giulietti. “We want to find out how much interest there is in this real estate and what ideas folks may have that could lead to the revitalization of the line.”

Well now! We have a current project to build a HYPERLOOP between Louisville, KY and Chicago!!!

The MTA has issued a formal Request for Expressions of Interest, or RFEI, which is available at the MTA’s website under Doing Business With Us, then Real Estate, then Leasing/Sales & Current Requests for Proposals.

It was no simple task following the instructs of Metro-North Railroad President Joseph Giulietti. First of all we checked the box “foreign company” then found we could not insert our telephone number. Oh well, we used Louisville telephone number. Then we had to make a choice of real estate project. Ours was not listed so we checked “Parking Lot”. Then we went through numerous pages of searching and could not find anything.