Once there was a farmer who had a goat and a horse. One day horse become ill so farmer called veterinarian.

Vet said, “Your horse has a virus. He must take medicine for three days. I will come back and give him medicines for three days And on third day if he is still not better we have to kill him.”

Goat listened to all this conversation. Next day vet started medicine for horse. Vet gave him medicine and left.

After vet left goat approached the horse and said, “Be strong my friends or else they are going to put you to sleep forever.”

Similarly on second day vet left after giving horse medicine. Goat came to horse and said, “Come on buddy get up or else you are going to die!! Come on get up..!!”

The Magic of Memoir: a good Home & an Honest house by Cynthia Reyes Until recently I hadn’t read very many memoirs. I recall reading one about thirty years ago called: An Island to Oneself. I s…

Source: The Magic of Memoir: An interview with Cynthia Reyes – author of An Honest House

Butcher Brown to go with a cool drink, the heat is on!

You start dying slowly
When you kill your self-esteem;
When you do not let others help you.

You start dying slowly
If you become a slave of your habits,
Walking everyday on the same paths…
If you do not change your routine,
If you do not wear different colours
Or you do not speak to those you don’t know.

You start dying slowly
If you avoid to feel passion
And their turbulent emotions;
Those which make your eyes glisten
And your heart beat fast.

You start dying slowly
If you do not change your life when you are not satisfied with your job, or with your love,
If you do not risk what is safe for the uncertain,
If you… 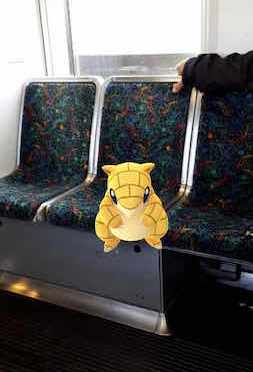 “For those of you who aren’t too keen on walking long distances, Metro buses and trains are a good traffic-beating option with many stations near the type of community gathering places favored by the game,” Metro officials said in a press release.

Additionally, the agency created a Twitter handle dedicated to updates about the augmented reality game, which requires players to walk around their environments to capture virtual creatures.

However, Metro cautioned players to remain alert and aware of their surroundings while playing the game. On Twitter, MTA New York City Transit (NYCT) and several other agencies have issued similar warnings. 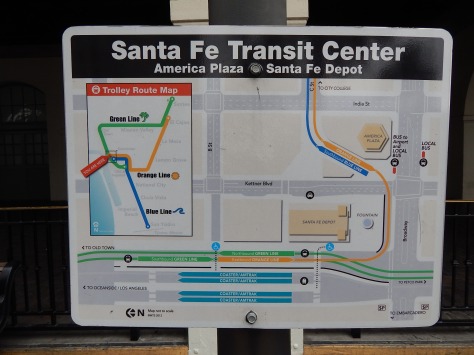 The San Diego Trolley light rail service since 1981 has been an icon of San Diego. Its ridership continues to grow compared to declining transit ridership in other American cities. The three Trolley Lines: Blue, Orange and Green connect with each other, often with easy connection with the trains timed to meet each other for the connection. This makes using the Trolley easier to travel around the San Diego Metro area. There are 3 Trolley hubs for connecting between lines.

Describing the idea as “half-baked” and “harebrained,” U.S. Sen. Richard Blumenthal this week made clear that he is opposed to rerouting Amtrak’s coastal Connecticut tracks through Old Lyme.

The Federal Railroad Administration is in the midst of studying how to bring faster service to the 457-mile route between Washington, D.C., and New York City. The route links business hubs along the East Coast, and transportation planners say it will become even more critical to the nation’s economy as highway congestion — particularly along I-95 — worsens in the next two decades.

The proposal that Blumenthal opposes is actually among the least disruptive ideas that the FRA is considering. The more radical alternatives appear impractically expensive; one would require a new tunnel under Long Island Sound from Long Island to Milford, and another would create an all-new railbed cutting diagonally across Connecticut from Danbury through Waterbury and Storrs to Massachusetts.

By comparison, the Old Lyme proposal would relocate a 60-mile stretch of coastline tracks east of Old Saybrook to a slightly more inland route. The goal is to bypass a notoriously curving and bending route that Amtrak believes is susceptible to future flooding.

But even without the staggering engineering and cost implications of the other alternatives, the Old Lyme proposal is deeply controversial within Connecticut. Residents and community groups are opposing the idea because it would run tracks through the center of historic villages, business districts and the Connecticut River estuary.

“Unfortunately, some of the ideas the FRA has proposed are frankly half-baked, harebrained notions that will never come to fruition — including rerouting Amtrak straight through the community of Old Lyme … and other shoreline communities where there is strong, understandable and well-merited opposition,” Blumenthal told Gardner at a Senate subcommittee hearing this week.

Gardner replied that Amtrak isn’t in charge of the FRA long-term study, but said any alternative would have to undergo extensive environmental review with community input before advancing.

“I realize you have a process — you also have customers, and if your customers are telling you they don’t want that route, I would hope you would follow or at least heed and respect your customers’ views,” Blumenthal said.

The FRA has said that any alarm about its long-term alternatives is needless, since it’s only in the early stages of study. The agency has said it isn’t close to designing detailed plans for any of the alternatives.

In the role, he’ll oversee the project while focusing on aspects such as system planning, technical analysis and community outreach, city spokesman Austin Finan said in an email.New York City Mayor Bill de Blasio has hired Adam Giambrone to serve as director of the Brooklyn Queens Connector (BQX) streetcar project.

In the role, he’ll oversee the project while focusing on aspects such as system planning, technical analysis and community outreach, city spokesman Austin Finan said in an email.

From 2006 to 2010, Giambrone chaired the Toronto Transit Commission (TTC), where he pushed for a plan to build a network of new streetcar routes in Toronto, according to CBC News. Most elements of the plan were later scrapped when Rob Ford was elected mayor in 2010.

“The BQX will be the first streetcar to ply New York City streets in roughly 70 years, and having someone with hands-on experience from North America’s largest streetcar system will be valuable as we undertake the project,” Finan said.

Funding for the $2.5 billion, 16-mile BQX project has not yet been secured. During his “State of the City” address in February, de Blasio unveiled his plan to build the streetcar.
From 2006 to 2010, Giambrone chaired the Toronto Transit Commission (TTC), where he pushed for a plan to build a network of new streetcar routes in Toronto, according to CBC News. Most elements of the plan were later scrapped when Rob Ford was elected mayor in 2010.

“The BQX will be the first streetcar to ply New York City streets in roughly 70 years, and having someone with hands-on experience from North America’s largest streetcar system will be valuable as we undertake the project,” Finan said.

Funding for the $2.5 billion, 16-mile BQX project has not yet been secured. During his “State of the City” address in February, de Blasio unveiled his plan to build the streetcar.

Sketches and Vignettes from la Dordogne

Poetry is honey for the soul

her poem was published on this blog just before my appeal to help for The Little Family.

This was awkward and she might not have received the whole attention she deserved.

Ali is a well-known blogger, “specialised” in book reviews. She has her own blog and writes daily about a new book (better than I do and makes me feel lazy…). Here is the address:

for the few of you who would not know her yet. She is connected with books: buying books, lending books, reading groups, reviewing books, participating in book groups, in book events, creating them sometimes. I cannot imagine her without a book near at hand! Which is certainly exaggerated as she loves flowers and many other things.

When I asked her if she wanted to contribute…