To the best mother in the universe: Happy Mother’s Day! You deserve all the love, care and support that you’ve lovingly given every day of my life. I love you!

A Small Motivational Story for all of you: Paid in Full

A little boy came up to his mother in the kitchen one evening while she was fixing supper, and handed her a piece of paper that he had been writing on. After his Mom dried her hands on an apron, she read it, and this is what it said:

Baby-sitting my kid brother while you went shopping: $.25

Well, his mother looked at him standing…

Meridian Speedway LLC, a joint venture between Kansas City Southern and Norfolk Southern Railway, will invest $28 million in construction and improvements on the Vicksburg and Meridian subdivisions, KCS announced yesterday.

The upcoming work involves the replacement of 6 miles of rail and 83,000 cross ties; improvements to more than 90 road crossings between Gibsland, La., and Vicksburg, Miss.; and upgrades to bridges between Shreveport, La. and Meridian, Miss., KCS officials said in a press release.

The cross tie and road crossing projects will begin June 27 and continue through mid-August. The bridge work got underway earlier this year.

“KCS, through its U.S. and Mexican subsidiaries, continues to invest in capital projects to expand network capacity, keep maintenance in a regular and healthy cycle, and enhance the safety of our operation,” said KCS Chief Executive Officer David Starling. “These investments also help us be an economic growth partner to our customers and the communities through which we operate.”

An exuberant, optimistic look at the future, that’s how Downbeat Magazine introduced a  fantastic list of musicians for the future in its JULY issue.

Marcus Gilmore is Roy Haynes’ grandson – all is clear then – with no pressure but with lots of information – the grandfather helped to perfect Marcus’ musical pedigree.

The Port of New York and New Jersey will be able to accommodate ships with capacities of 14,000 twenty-foot-equivalent units at its Newark Bay terminals as soon as the Bayonne Bridge is raised in the latter part of 2017, the port said.

The port’s 20-year project to deepen its channel to 50 feet, allowing mega-ship access to four of its five largest marine terminals, is essentially finished. Once it is officially completed, the Bayonne Bridge spanning the channel leading into Newark Bay will be the only remaining obstacle to the port’s ability to accommodate ships of 14,000 TEUs. The Army Corps of Engineers and the Sandy Hook Pilots agree that the 14,000 TEU-ships — the largest vessels able to transit the expanded Panama Canal — will be able to reach the Newark Bay terminals after the project to raise the bridge is completed, although there could possibly be some draft restrictions.

Questions about the port’s ability to handle 14,000-TEU ships were raised in a JOC story last week that cited a study of the navigational capabilities of the 50-foot channel being undertaken by the Army Corps, and the fact that the ships carriers are planning to bring into the port are larger than the ones envisioned when the deepening project was initiated nearly 20 years ago. The article erroneously questioned whether the port would be able to accommodate 14,000-TEU ships after the Bayonne Bridge raising is completed late next year.

The Port Authority of New York and New Jersey requested that the corps undertake the study, which is known as a general reevaluation study and typically initiated at the conclusion of a deepening project, to determine what, if any, operational limitations the new channel and harbor configuration will have in accommodating vessels larger than 12,500 TEUs. Vessels of that size were the largest that were anticipated when the 50-foot deepening project was initially scoped out in the late 1990s. The study will take a few years to complete and evaluate such parameters as anchorages, channel width and turning basins. The study will also look at the feasibility of 18,000-TEU ships entering the port. It will be used to justify any additional work that may be necessary.

Given that the corps’ study will take a few years to be completed, the port authority is working with the New York Shipping Association, which represents marine terminals, and the Sandy Hook Pilots to conduct a post-Bayonne Bridge raising navigational simulation of 14,000- and 18,000-TEU ships. That simulation study and training of pilots “is being conducted to ensure that the pilots identify and perfect the best practices in safely handling the 14,000-TEU vessels and to provide training to all harbor and bar pilots,” and will be completed this year, port director Molly Campbell wrote in a recent letter to carriers.

“The simulation could reveal operational parameters that may be required such as the number of assist tugs or the need to get underway at a specified time before slack water,” she added.

However, the port stated that neither the corps project nor the simulation, being done at the Maritime Institute of Technology and Graduate Studies, better known as MITAGS, in Linthicum Heights, Maryland, will impact the port’s ability to handle 14,000-TEU ships at the Newark Bay terminals. The facilities in the bay include APM Terminals Elizabeth, New York Container Terminal, Maher Terminals and Port Newark Container Terminal.

“With the planned completion of the 50-foot harbor deepening project later this summer and the anticipated completion of the navigational clearance at the Bayonne Bridge late next year, I assure you the Port of New York and New Jersey will be able to handle 14,000-TEU vessels toward the end of 2017,” Campbell said.

The studies, however, leave open the question of 18,000-TEU ships, which carriers are not currently planning to bring to the New York-New Jersey port, but potentially could at a not-so-distant date in the future. Growing volumes, and a larger number of ships of that size, both in service and under construction, could motivate some container lines to bring them to the largest East Coast port and the gateway to one of the world’s largest consumer markets, if navigationally feasible.

Extending the GO Transit rail network by 12.4 miles and building four new stations will offer the region more transit options, as well as drive economic and job growth, according to a press release issued by Premier Kathleen Wynne.

Metrolinx and Canadian Pacific officials are working on infrastructure and service planning for the extension, a portion of which will use CP’s existing corridor north of Highway 401.

GO trains on the Lakeshore East corridor currently go as far as Oshawa. The new extension service is expected to begin in 2023 or 2024. 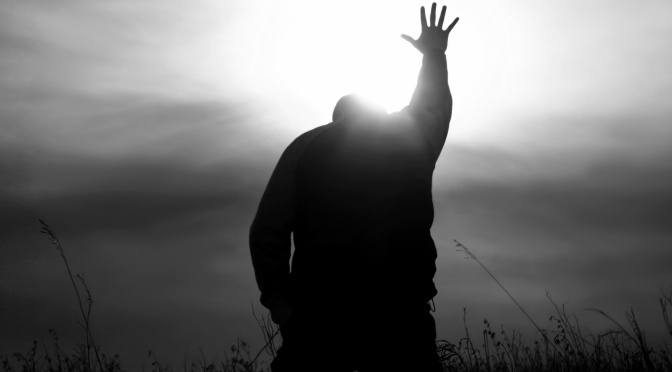 It might seem that the title indicates quite ‘flabby’ way to overcome the ‘power’ of the conspiracy Illuminati hybrid or not. This is the only way to successfully perform. Everything stems from the changing ourselves and override programs that we control and manipulate our behavior. I could say that we need to organize demonstrations by public discussions or that we need to organize armed resistance, as some suggest. If you intend to oppose the conspiracy while being in this fracture program, any hell, good can bring? We just adding oil to the fire, on a global level. “Force must be opposed by force, and fire with fire.” Really? What do you get in such
situations? Dual power and dual fire. “We have to stand up and fight.” Oh, great thoughtfully, now we have two sides that are fighting, and I think it’s called ‘war’. “We have to wage war in…