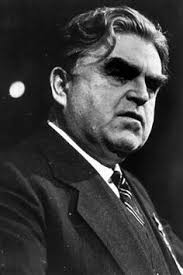 The French government and unions planning another demonstration against labor reforms were at loggerheads on Tuesday over how to address security fears following the violence that marred a protest last week. The unions are demanding permission to march in Paris on Thursday, but the Socialist government — which has mooted the idea of banning protests while the Euro football tournament is under way in France — insists that a stationary rally would be easier to control. Interior Minister Bernard Cazeneuve said in a letter to the head of the largest union, the CGT, on Monday that the June 14 unrest “for the first time clearly proved the role of some union activists in deliberate aggression against security forces.”

“Back in the Day” in US Local 301 of the AFL/CIO would close the giant manufacturing plant of the General Electric Company in Schenectady NY and not ask the President, Congress, New York Governor or anybody.

One thought on “French Labor Unrest On Thursday June 23???”