I thought all the stuff at the beginning was because I physically live in France, BUT SO PISSED OFF AT ALWAYS GETTING STUFF IN FRENCH

I was stupid.  I let a executable make changes to my hard drive without knowing what it was. Well to be honest, once the dialog box was running I wasn’t given much choice.  I couldn’t interrupt the process and close the dialog box.  In any case the ransomware did the nasty across my files encrypting almost all of them.  It’s frightening when your background goes black and you see this:

The proof that I haven’t been distracted – they all have been featured here every now and then!

Our HAND TOOL WebSite is intended in aiding you to locate HAND TOOL suppliers. You may search by product or by manufacturer. We add both products and manufacturers, so keep checking back.

In addition we are a full service MRO (Maintenance, Repair and Operational Supplies) supplier. If you are in the construction or farming business, we are your source. 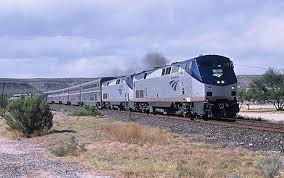 A hugely important Amtrak expansion that would reinstate passenger service between the Quad-Cities and Chicago is suddenly in doubt due to years of state inaction. The federal funds are still available, in no small part to the two-term Democrat’s work on the House Transportation and Infrastructure Committee. But Gov. Bruce Rauner’s freeze on state funds, amid the budgetary turmoil, could doom the project.

The economically significant rail expansion could be out $177 million in federal cash if the June 30 sunset comes and goes unless Illinois releases some of its $78 million share.

“As you know, the federal government has already provided an extension for the state to take advantage of the funds for this project,” Bustos, D-East Moline, wrote Wednesday in a blunt letter to the Republican governor. “… For the sake of our transportation system and economy, I hope you will not allow these funds to expire without bringing their benefit to bear in the state of Illinois.”

Rauner faces an immovable force among legislative leaders. Years of spineless neglect and massive budget deficits greeted him at the Governor’s mansion, and it’s easy for a Democratic federal official to take potshots at a freshman Republican governor.

But Rauner’s funding freeze lumps worthy projects — particularly the Quad-Cities passenger rail buildout — in with political gifts, like the proposed Illiana Expressway that was a politically motivated boondoggle. Former Gov. Pat Quinn was more concerned with shoring up support in central Illinois than good policy when he pushed that now-shelved interstate. Illinois taxpayers would have been on the hook for billions, funding a highway to nowhere that would most benefit Indiana.

Bustos correctly notes that the Quad-Cities is an economic and transportation hub. That fact is woven into the fiber of the river-side region’s identity.

Transportation options are a quality-of-life issue, a standard metric when new business eyes a potential location.

Rauner’s staff says they’re reviewing the many shelved projects. They claim the passenger rail expansion hasn’t been forgotten. And, surely, the administration has grappled with more pressing issues, such as higher education funding. The state pension continues to milk cash from state coffers.

Quinn’s administration made promises it couldn’t keep. Rauner’s across-the-board freeze now threatens a rail project that could transform the Quad-Cities position within the greater Midwestern economy. At the very least, it could substantially improve accessibility to the region’s financial and cultural hub.

Federal officials have waited six years for the state to hold up its end. Moline and area developers, banking on promises made years ago, are dumping cash into a shiny new train station. And Illinois faces a deadline. The federal cash could easily go elsewhere.

Everyone else is holding up their end of the bargain. Illinois should, for once, honor its portion of the deal.

Stage 2 of the light-rail project will add 18.6 miles of new rail and 19 new stations, extending the city’s light-rail network to the east, west and south. Ontario’s funding commitment also will help support the capital costs of two additional extensions: a spur to the Ottawa Macdonald-Cartier International Airport and an extension to Trim Road in Orleans. These will add 4 miles of new rail and three stations.

Construction on Stage 2 is expected to begin in 2018, following the completion of the Stage 1 Confederation Line. The project’s second stage is expected to enter service in 2023.

Ontario already has committed up to $600 million toward the $2.1 billion first phase of the project, which is jointly funded by the government of Canada and Ottawa.

“The province remains committed to working with the city of Ottawa as it moves forward with implementing its Stage 2 LRT project,” said Minister of Transportation Steven Del Duca. “We know how important public transit is to managing congestion, curbing emissions, creating jobs and building communities.”

Ontario’s funding for Stage 2 is part of the province’s $160 billion, 12-year investment in public infrastructure — the largest investment of its kind in Ontario’s history. The money will go toward improving transit, roads, bridges, schools and hospitals.

“ECGrid has proven to be the most reliable EDI Network over the last decade.” 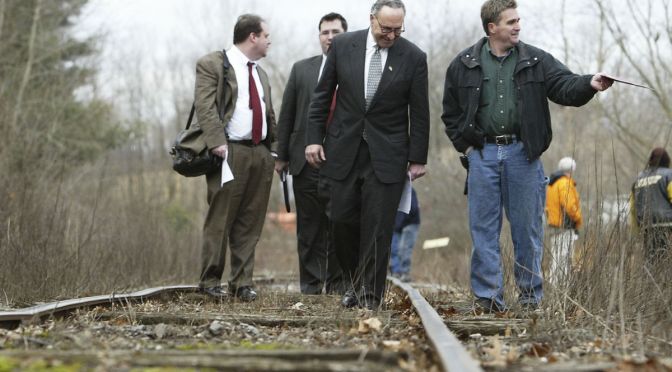 Pictured above. US Senator Charles Schumer inspects the Battenkill RR

GREENWICH — Since owner Bill Taber and his employees spend more than two-thirds of their time maintaining the Batten Kill Railroad’s 35 miles of track, Tuesday’s announcement that the company will be getting $1.3 million in state funding was very good news.

“We spend a lot of time keeping the track operational. I would say that between two-thirds and three-quarters of our time is spent working on the track,” Taber said. “That’s what we are doing today. The only time we stop is when our customers need us to run the trains in.”

This is the second time the Batten Kill has received similar funding. Ten years ago, Taber said, the company was able to repair 2.75 miles of track and a bridge with $1 million in funding.

The funding the Batten Kill is receiving is part of $16.3 million in state funding and $12.8 million in additional public and private investments and will rehabilitate three railroad bridges and more than 52 miles of rail track and facilities across the state.

The local work is focused on tracks around the village of Cambridge and requires Batten Kill to pay for work on 1,000 of the planned 8,000 cross ties.

“With the state grants, you need to fund some of the work yourself, and it needs to be focused on a specific geographic area,” Taber said. “The focus of the state grants is to keep the track sustainable, that is, in good repair.”

“We have products coming in from all over to country, and we’re the ones who move them to the destinations within Washington County,” Taber said. “And when we are not moving freight, we are working on the track.”

Read more about the Battenkill Railroad

We have a new name now! We still leave Chicago, cross Indiana and end up in Louisville. We are still promoting HYPERLOOP. But we are now named after Muhammad Ali, the most famous citizen of Louisville, Kentucky.

Pictured above driving Muhammad Ali is Mozell Axson, the Manager of the Financial Group for JWH Financial Services, LLC (our parent company).

We’re constantly seeing new uses for big data. So much so that it’s not even necessary to describe what the term means. Is the use of huge amounts of amorphous data making us better at our work, or is it adding layers of abstraction over the realities of the world?

Certainly there are valid uses for collecting data ad-infinitum but the most common reason I hear is the notion ‘why not?’ Data transfer and storage capacities have become exceedingly affordable to the point that the cost of a few additional terabytes is worth the gamble that the data stored will eventually be useful. In fact one of the uses often mentioned for analyzing big data is to discover patterns and answers we haven’t yet developed questions for.

I think we should be thinking about big data in 2 distinct categories. Category 1 can be seen as a collection of data that is part of a process, has known values (even if they don’t consist of structured data in tables and fields) and can provide business value within a known period of time. Category 2 consists of data that is a byproduct of the environment. This can be working documents, social media streams, video clips, and anything else that is not directly related to the process of getting specific tasks completed.

The Federal Railroad Administration (FRA) yesterday published its notice of intent to prepare an environmental impact statement with New Jersey Transit for the proposed Hudson tunnel project, according to the Federal Register.

The project involves the construction of a new rail tunnel beneath the Hudson River, including the railroad infrastructure in New Jersey and New York to connect the new tunnel to the Northeast Corridor (NEC), as well as rehabilitating the corridor’s existing tunnel known as the North River Tunnel, according to the notice.

As necessary, the FRA and NJ Transit will coordinate the statement with Amtrak — which owns the tunnel — and the Port Authority of New York and New Jersey.

The FRA is soliciting written comments on the scope of the statement by May 31. In addition, the FRA and NJ Transit will hold scoping meetings on May 17 in New York City and May 19 in New Jersey.

The tunnel system is a critical component of the NEC, as it is the only intercity passenger rail crossing into New York City from New Jersey. Amtrak and NJ Transit provide connections between the major cities of the Mid-Atlantic and Northeast states and commuter connections for people heading into and out of New York City.