Tiniest things can bring
truest contentment
look around, smile
don’t be a miser
do it for a while
relax, make bubbles
life can trouble
another day
and that’s ok 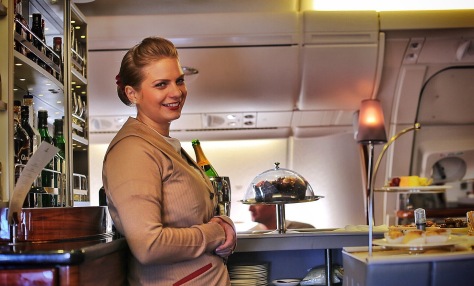 I prefer this live version of the tune,Brad Mehldau & Mark Guiliana, face to face, deliver an impressive performance – creativity and geniality! 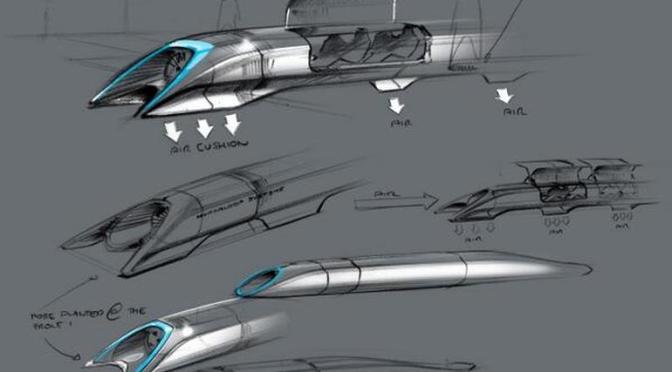 Russia is exploring the possibilities of implementing Elon Musk’s Hyperloop transport system to create a high-speed line between different parts of the country.

“In St. Petersburg Transport University two years ago, I became acquainted with the prototype. We can say that the technological principle has already been implemented,” Sokolov said.

The Hyperloop is the brainchild of billionaire Tesla entrepreneur Elon Musk. First discussed in 2013, the conceptual land-based transport system uses a propulsion system based on electromagnetism which could, in theory, propel pods forward in vacuum-sealed steel tunnel at speeds of up to 750mph.

Executives with XpressWest, the company franchised to build a high-speed rail line between Las Vegas and Southern California, have talked with officials with Hyperloop One, the high-tech, high-speed transport system under development in North Las Vegas.

But don’t expect any changes in the rail company’s strategy to build a steel-wheels-on-rails system that would link Las Vegas with Victorville, California, with future plans to expand to Palmdale, California, and downtown Los Angeles.

Responding to a question from a member of the Nevada High-Speed Rail Authority on Tuesday, XpressWest Chief Operating Officer Andrew Mack said company officials talked with the developers of Hyperloop, a technology that would use magnetically levitated pods to carry passengers and cargo at speeds of more than 600 mph through tubes.

“We’re not advocates of any one technology, but if it’s viable, we’d consider it,” Mack said.

But he also said that when XpressWest applied for and received the exclusive franchise to develop a high-speed system connecting Southern Nevada with Southern California, one requirement was to develop a system compatible with and interoperable with existing high-speed rail technology, such as the one proposed for the California High-Speed Rail System.

The Oklahoma Department of Transportation (ODOT) has issued a request for proposals to seek buyers or operators for two state-owned rail routes: the Cowboy Substation and Blackwell Northern lines. Proposals are due Aug. 17.

The 22-mile Cowboy Substation Line runs between Pawnee Junction and Stillwater, Okla. In 1998, the state of Oklahoma purchased the route from BNSF Railway Co. as part of an asset preservation effort to save as many rail lines as possible from being abandoned and dismantled after several Class Is went bankrupt or merged.

ODOT then sought short-line operators to lease the line to keep it operational and eventually entered into a lease agreement with Stillwater Central Railroad Inc. The department amended the agreement with Stillwater Central — which is owned by Watco Cos. LLC — in January 2013, and the pact is scheduled to expire on Dec. 31, 2017, unless it’s terminated earlier or extended.

The 17-mile Blackwell Northern Line runs between Hunnewell, Kan., and Blackwell, Okla. The Blackwell Industrial Authority (BIA) and ODOT acquired the line from Central Kansas Railway LLC in 1997. ODOT then entered into a lease agreement with the South Kansas and Oklahoma Railroad Inc., which in 2002 subsequently assigned all of its lease and operating rights to Blackwell & Northern Railway Co. Inc. (BNGR).

In December 2010, ODOT, BIA and BNGR renewed the lease agreement, which expired in November 2015. Owned by US Rail Partners Ltd., BNGR continues to operate the line under the terms of the expired pact, currently using the route primarily for rail-car storage.

Amtrak and the Michigan Department of Transportation (MDOT) yesterday announced a modified schedule for the Wolverine schedule through Sept. 23 as state-owned railroad infrastructure improvements are made as part of Michigan’s Accelerated Rail program.

The temporary changes went into effect  so that crews can perform track and signal work along the route, Amtrak and MDOT officials said in a joint press release.

The projects are aimed at improving service reliability and creating a smoother ride for passengers, as well as preparing for an expansion of the Midwest’s first 110 mph service.

Although all Wolverine trains will operate on adjusted schedules, the biggest change affects Trains 352 and 353, which will operate across the full Pontiac-Chicago route on Sundays only. Normal service of three Wolverine round-trips between Battle Creek and Chicago are now operating on the modified schedule, officials said.