Been here before and always loved it. This year a little different: Thunderstorms rolling through the region. Ceremony moved to high school gym. But still impressive. Congratulations to Mrs. Alison Libersa who manages the cemetary for the American Battle Monuments Commission. It still was a roaring success.

It is a bi-lingual event. Some speakers are more bi-lingual than others. Mr. Richard Strambio, Mayor of Draguignan, is one. Besides his staff serves a great lunch.

Highlight of the event is United States of America participation. This year was General Arlan M. DeBlieck who is the “mission support” guy for US in Europe. He brought the Navy European Band with him. A great choice!

Like most ceremonies, all kinds of presentations. For instance, the Riviera Chapter of Democrats Abroad France lays a memorial wreath.

Thank you also to the French Ministries of Defense, Foreign Affairs and Interior, including regional, departmental and communal governments.

A Note From Abroad

Our hostess pouring the tea, proudly wearing her pearls

Finally the stop I had been most intrigued about and what had tipped me over the edge to go on todays optional excursion – visiting the small town where the Black Teeth Women reside.

We were very warmly welcomed into a community home, and greeted by two women who were both in their 80’s. Initially neither one wanted to show off her blackened teeth, yet wanted to make us feel at home. First tea was placed in small cups for us, then rice wine was poured into shot glasses, and finally a milk colored liquor was offered. 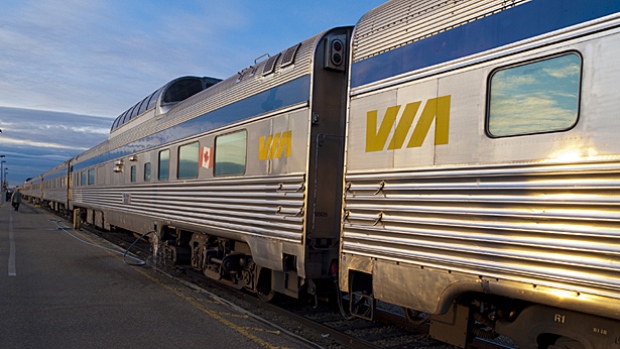 It’s been called a game-­changer that would transform London’s economy, but if high-speed rail is to come to the region, it would do so over the efforts of the company with a near-monopoly: taxpayer-supported Via Rail.

Via said this week it will ask the federal government to reject calls for high-speed rail and instead embrace what Via wants — its own dedicated track between Toronto and Montreal that would not be high-speed or extend immediately to London.

Gerry Macartney, of the London Chamber of Commerce, said that though Via should look after its business, London and Ontario need a jolt only high-speed rail gives. Americans are building high-speed lines, some on states that border Ontario. “If we don’t find a way to have high-speed rail, they will eat our lunch,” Macartney said Friday.

Momentum for high-speed rail received a boost 19 months ago when the Ontario government commissioned an environmental assessment — a project called a “game-changer” by London MPP and Deputy Premier Deb Matthews. Matthews couldn’t be reached Friday to respond to Via’s plans.

High-speed rail would halve travel times and make London a shorter commute to and from big-city Toronto and tech-centre Waterloo, Macartney said. “London has to get that connection to the rest of the province.”

But Via president and chief executive Yves Desjardins-Siciliano sees it differently, attacking high-speed rail and arguing that conventional trains are better.

“Less than 10 per cent of rail travellers (in Europe) travel by high-speed train,” he told The Canadian Press. “Why? Because conventional-speed rail stops every 50 to 100 kilometres and therefore is an alternative to the car,” he said.

But Via is selfishly pursuing it own interests at the expense of Londoners and Ontarians, said Paul Langan, who formed High-Speed Rail Canada to advocate for speedy trains that first entered the world stage in 1964 in Japan and are now in virtually every developed country but Canada.

Via is afraid of competition that would come with high-speed rail because it wouldn’t win a competitive bid for the service, Langan said.

In the absence of competition, train service has suffered, he said: It took 15 fewer minutes in 1976 to travel from Toronto to Montreal than the four hours and 30 minutes it takes now.

No one questions the need for a dedicated rail line for passenger trains, he said, as Canada alone makes passenger trains wait for slow-moving but lucrative freight trains that get priority on CN tracks.

But what Via wants — to spend $4 billion on a dedicated line that supports trains no faster than the ones used today — is absurd, Langan said. “No other country in the world would think like that.”

The Via head has dubbed his plan “high-frequency trains,” because the company says it would increase the number of runs. In Southwestern Ontario, that would partly mean restoring service that Via previously eliminated.

Via’s proposal appears out of sync with the Ontario government’s appetite for faster train service. In October, the province appointed former federal cabinet minister David Collenette as a special adviser on “high-speed” rail, with a mandate to make a business case for building a rail link from Windsor through communities in Southwestern Ontario to Toronto.

The varied pitches and plans come with a Liberal government in Ottawa that has promised to spend massively on infrastructure projects.

Last month’s federal budget set aside $3.3 million over three years to study the viability of Via’s dedicated rail line proposal, but made no commitments to pay for construction.

Even if Via gets its own line, that shouldn’t derail the high-speed option, said London Coun. Maureen Cassidy. London has struggled to keep its millennials, an effort that would be boosted if the GTA were little more than 70 minutes away, she said.

“We have to focus on what’s good for the region and for Ontario and high-speed rail can be a game-changer,” she said.

Tesla has a problem we wish we all had: too much demand. On the supply side, the hot car company is fighting to crank up its supplier base. Bob Ferrari, on the Supply Chain Matters site, examines Tesla‘s challenges with its supply chain and expresses admiration for their candor about why they’ve fallen behind. Check it out HERE.