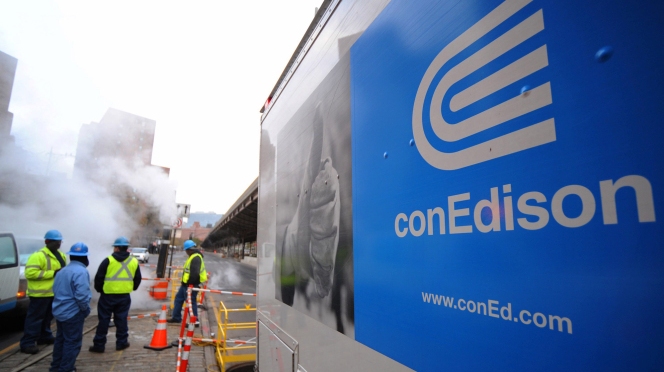 Con Edison, KeySpan and Brooklyn Union Gas are balking at state and MTA pressure to pony up millions of dollars for work on the Second Avenue Subway.

The utility companies are already asking for rate hikes they believe are crucial to maintain an aging infrastructure — and they have no interest in shouldering the $375 million the MTA says is needed to move underground lines as it continues to build the long-awaited subway, Crain’s New York reported.

“Our customers’ bills should be funding energy-related programs and infrastructure projects, not MTA work,” a Con Ed spokesman said.

A representative for National Grid — the parent company of Brooklyn Union Gas and KeySpan — said paying for the MTA’s work would lead to more rate hikes.

“The impact would cause bills to rise to fund nonutility work and take money away from energy projects,” the rep said.

But Albany insisted that utilities have always kicked in for the greater good.

“Utilities typically bear the cost of relocation work for other public construction projects in New York City,” a spokesman for the state Division of the Budget said. “Why should the MTA’s projects be treated any differently?”

The 8.5-mile-long stretch of subway is planned to run from 125th Street in Harlem to Hanover Square in lower Manhattan.

The MTA hopes to open the line by the end of this year.