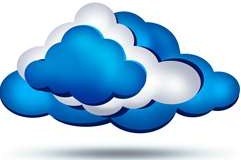 What are our collective perceptions of SaaS, Cloud computing, and Hosted solutions. Of course we are mainly interested in supply chain solutions, but the definitions appliy to any application. If you’re not completely certain, here is a primmer on the major differences and some discussion of the advantages of each. This falls far short of a full detailed explanation, but the basic concepts are accurate.

These are generally accepted definitions of the three types of services. That said, there is always some room for variance and exception based on the provider and the application. We are interested in your experience with these services, so please comment if you have something to add.

SaaS – Software as a Service

SaaS has been around for several years, and its most often cited example is Salesforce.com.

Cloud platforms are relatively newer than SaaS systems, and they are not entirely the same. Clouds are computing resources (computer CPUs, disk drives, database engines) linked together via network connections. They may or may not be in the same location, and the users may never know the exact location of their data.
Hosted systems are typically single instance applications. They are likely to be the same applications that would be installed on computers within the enterprise.
Read more: http://www.ec-bp.com/index.php/articles/industry-updates/11513-what-s-the-difference-sass-cloud-or-hosted#ixzz44ypydMGh