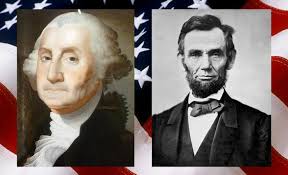 I do not give much credit to other bloggers, especially if they are women; but my favorite blogger is Phyllis Zimmerman.

Her blog yesterday was all about the United States “Holiday”.

According to my son’s school calendar, today is Famous Americans Day.

When I was attending Rome’s Fort Stanwix Elementary School during the 1960s, we had Feb. 9 off for Lincoln’s Birthday and Feb. 22 off for Washington’s Birthday. Then something happened. The two were combined into a single holiday on the third Monday of each February known by many as President’s Day. That’s what I’ve always thought, anyway. However, after doing a brief search on the internet, even that no longer appears as concrete fact to me. Different online sources offer different opinions. Some say that legally, today really is Washington Birthday, but it’s only called that in some states. Other states call it President’s Day. Some reportedly don’t bother with the possessive apostrophe and call it Presidents Day.

Now I’m really confused, but if I have to make a choice, I’d go with Presidents Day as that could honor both Washington and Lincoln. President’s Day is a singular possessive, which means that it would honor only one President. That could be Nixon for all we know.

Oh, what a minute. Richard Nixon was born on Jan. 9. I hope they don’t consider lumping his birthday in with Martin Luther King, Jr. Day on the third Monday of each January. You never know.

Forget that Lincoln’s Birthday was February 12, 1809. As usual she got the important stuff right.

I read Phyllis in the UTICA OD. She is a Rome, NY native now living in Harrisburg, She currently works as a freelance journalist for the PA Media Group, which publishes PennLive.com and The Patriot-News in Pennsylvania’s Capital region. She also is the author of a novel, All Things Must Pass, which is set in Utica, New York.

3 thoughts on “What Happened to Presidents Day, Never Mind Abe and George”