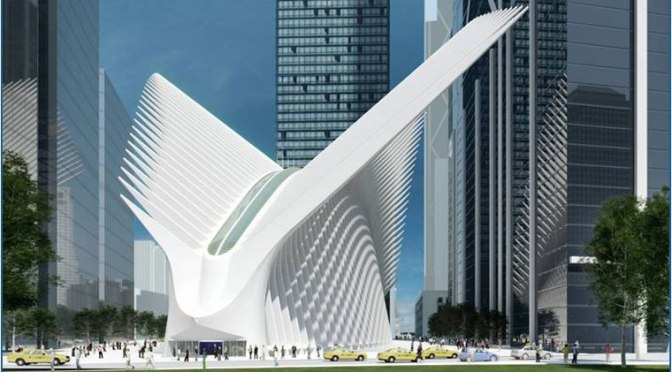 The hub replaces the World Trade Center terminal that was destroyed in the Sept. 11, 2001, terror attacks on New York City. Although PATH trains have been using the new transportation hub since May of last year, the facility has not been fully operational.

The hub’s centerpiece is the Oculus, a soaring wing-shaped steel structure designed by renowned architect Santiago Calatrava. When it opens, the hub will enhance the commute of 100,000 weekday PATH commuters who travel through the station with quicker access to the Wall Street area and other destinations north and south of the site, PANYNJ officials said in a press release.

In addition to access to PATH trains, the hub will provide travelers with a seamless connection to 11 New York City subway lines and the East River Ferries, they said.

Retail shops, which will be located throughout the Oculus and adjoining passageways, will open in phases starting in spring.

“More than a decade ago, planners envisioned a rebuilt transportation complex on the World Trade Center site that would provide critical links between various modes of transit for the first time. By later this year, this vision will become reality,” said PANYNJ Chairman John Degnan. “When the Oculus opens, commuters, visitors and residents of Lower Manhattan will have a greatly enhanced commute to and from the site for the first time.” 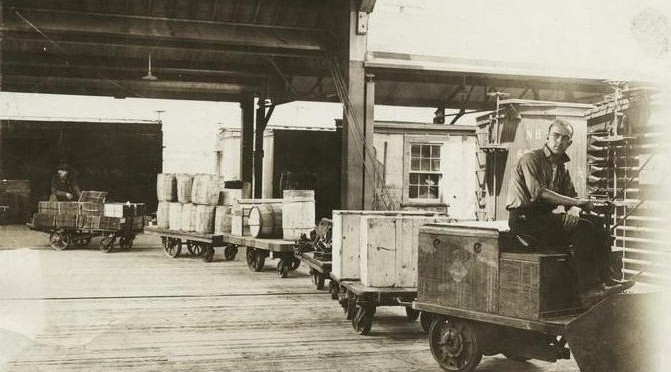 Always a lot of controversary about NY Central and Pennsysvania joining up as Penn Central. What if there had been no Penn Central?
Yes, my NYC bias shows in what I write. Here is a different opinion.
Interesting would be if the PRR had made the decision to stick with their own system verses merging with the NYC. The PRR had a strategic system prior to the merger that if properly managed would have been able to make it to deregulation using dividends from its stock in the N&W and Buckeye Pipeline. James Symes should have gone to the N&W and recruited John Fishwick to run the PRR instead of Stuart Saunders to lead the PRR. Fishwick would have avoided building Buckeye Yard in Columbus, instead focusing finances to modernize the three major segments of system with track improvements and CTC: NYC to Pittsburgh; Pittsburgh to St. Louis; Pittsburgh to Chicago, and to purchase the Reading Railroad for a direct connection from its own system in Harrisburg to the Lehigh Valley. The Reading purchase would have allowed the PRR to sell all of the electrified segments of the system to include the Northeast Corridor from Washington to New York and the Philadelphia to Harrisburg line to the U.S. Government, ridding the PRR of the large expense of running expensive passenger trains on those lines, retaining freight rights, and concentrate on running the freight portion of the railroad. For traffic bound for Potomac Yard and points south, sister railroad N&W could have worked out a haulage agreement with the PRR to move their cars via the Hagerstown gateway and Front Royal for access to both the Southern Railway and the RF&P and New England bound freight could have been interchanged with the N&W subsidiary Delaware & Hudson. By 1980 the PRR and the N&W could have worked on a merger of their own similar to the merger that the C&O and the B&O put together saving the northeastern rail system from the bankruptcy of the Penn Central.
That is true. Could Pearl man have rolled the dice with saying that he could make better returns by staying independent? The MTA took the LIRR out of Penney’s hands by then. Could he have cried for a similar remedy for the Harlem, and southern Hudson Div.?

The fact still remains that there were so many choices in the NYC-Buffalo corridor, and a cutting was necessary. What if he did something like what was done by C&NW, and buy a parallel line, then kill it? Northwestern was no money machine either. The Chicago-Omaha, Chi-Twin, St. Louis, and KC corridors were just as over saturated.

I’m just looking at possible ways that Pearlman could have held things together long enough, and make enough improvements to become an attractive bride.

The Utica Comets jumped out to an early 2-0 lead and never let up as they steamrolled the Lehigh Valley Phantoms 5-2 on Saturday night the PPL Center. The Comets outshot the home team 40-23 en route to their sixth win in their last seven games. In that stretch the Comets have collected 13 out of 14 possible points as their lone loss came in overtime.

David Shields (1-1-2), Michael Zalewski (0-2-2), Ronalds Kenins (1-1-2), and Darren Archibald (1-1-2) all posted multi-point games in the victory. The multi-point game was Kenins second consecutive night with multiple points and his first period tally was his first of the season. Cole Cassels (1-0-1) chipped in his second goal of the season, while Hunter Shinkaruk (1-0-1) added an empty-net goal as he inches closer to the franchise’s record for goals in a single-season.

The first goal on the night came from Shields as he fired a hard shot into the back of the net just about midway through the first period of play. Zalewski won an offensive zone draw to Archibald, who quickly connected with Kenins, before Kenins slid the puck over to Shields for him to put the finishing touch on.

Minutes later Kenins unleashed a wrist shot from the slot that whizzed past Stolarz’s glove to stake the Comets to a 2-0 lead just 12:44 into the game.

The Phantoms cut the Comets lead to 2-1 when Phil DeSimone slipped a shot past Bachman in the waning minutes of the first period.

From there the Comets scored the game’s next four goals to put the game on ice. The scoring started just 3:57 into the second period when Darren Archibald sniped a shot over the shoulder of Stolarz from the right face-off dot. Zalewski and Shields recorded assists on the goal.

The goal chased the Phantoms’ all-star netminder from the game, as Jason LaBarbera took over relief duties.

The new goaltender did not slow down the Comets, as Cole Cassels scored his second of the season on a one-timer from the slot. Ashton Sautner set the goal up with a perfect pass through two Phantoms’ defenders.

Down 4-1, the Phantoms took a risk and pulled LaBarbera in favor of an extra attacker with seven minutes left in the third period. All-Star forward Hunter Shinkaruk put the game away for good with his 20th of the season. The goal makes him just the third 20-goal scorer for the Comets and puts him just two shy of the franchise record set by Pascal Pelletier back during the 2013-14 season.

Danick Martel added a goal with four minutes left to set-up the final score of 5-2.

The Comets return home for a weekday game against the Portland Pirates on Wednesday. Puck drop is scheduled for 7 p.m. The game is sold out and will be the 38th consecutive sellout for the team.