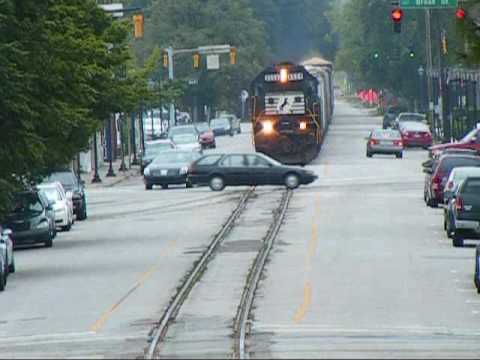 A partnership between the National Aeronautics and Space Administration (NASA) and the FRA, the Confidential Close Call Reporting System (C3RS) is designed to encourage workers to report any potential safety hazards or breaches of procedures they see, MTA officials said in a press release.

Through the system, NASA receives the details of an incident through an online form. The agency then removes identifying information before sharing news of the safety preach with a peer review team comprising FRA representatives, Metro-North and labor unions.

“This program confirms how much we depend on our employees to detect potential risks to our operations,” said Metro-North President Joseph Giulietti. “They are the eyes and ears of Metro-North and we appreciate their contribution to making the system run safely and efficiently.”

In April 2015, Metra’s management signed a similar memorandum of understanding committing to implementing the new system.

Metro-North is the first commuter railroad to implement the system with all operations workers throughout its entire network, MTA officials said.

Future subway cars may have an open design that lets riders walk from car to car — as well as electronic chargers, Wi-Fi and security cameras, the MTA said Monday.

New renderings were revealed to the public that illustrated the open design of the R211 subway cars the MTA is designing on the lettered lines. Officials also gave an update on timelines for different subway cars and their amenities.

The MTA will test the door-free design in just 10 of the 940 new cars for which it hopes to award a more than $3 billion contract early next year. The other amenities would be built into all 940 cars.

Currently, no subway cars have security cameras, though the MTA tried them out in a previous pilot project.

MTA officials, during a presentation, touted the open design as a means to guiding passenger flow away from the doors while fitting more people on the trains.

The high-tech future R211 cars will replace the A and R lines’ current R46 cars, which hit the rails in the 1970s. However, there might be a shuffle that means the new cars go on lines other than the A and R, according to an MTA spokesman.

Subway rider Joanna Oltman Smith, 45, of Park Slope, checked out the open-car rendering, which the MTA said could be altered during the design process. She said she supports the physical separation currently between cars and was concerned the MTA would run fewer trains if it could fit more people in them.

“I appreciate the freedom to switch cars given the lawlessness of trains,” Smith said. “From over-amplified shows to aggressive panhandlers and preachers, to fellow travelers with poor hygiene, I sometimes like a door between me and the next car.”

The MTA has budgeted $3.2 billion for all of the new cars and is spending four years designing them. That design work began in 2012 and is scheduled to finish early this year.

Other passengers supported nixing doors and said the design would make it easier to walk through the train until they were exactly at the spot closest to their destination station’s exit.

“I like it! The subway in Berlin has the same open concept,” said Evan Radigan, 29, a logistics manager from Greenpoint. “You can get where you need to be.”

Elliot Santiago, 29, a Bronx assistant chef who lives near Yankee Stadium, said he appreciated that people couldn’t engage in mischief between cars anymore with the new design — but worried the lack of doors would make it harder to get away from creeping vomit and funky-smelling passengers.

“I just hope they can have a special fan to take out all the bad odors,” he suggested.

The MTA has been struggling with delays on production of new subway cars called the R179, which are being constructed upstate by Canadian company Bombardier. They are expected to be on the C, A, J, M and Z lines in the summer of 2018.

The C trains have the oldest cars in the transit system, dating back to 1964. A spokesman said the final determination on which lines the R179 cars will run on isn’t set in stone.

The MTA has purchased 300 of the R179s, which are 60 feet long and will make up about 36 new trains. Some of the trains will have eight cars, others will have 10.

The No. 7 train is also getting new train cars this year, which will use the more modern signal system that is being installed on the Queens line. That new system will let the MTA run more trains on the jam-packed line and relieve overcrowding.

Called the R188 cars, they all are expected to be delivered by the end of July. Some have already been added to the No. 7 line. The 126 new cars, and the conversion of 380 older cars so that they can use the new signal system, cost the MTA almost $646 million, according to documents.

Taylor Fedun, Darren Archibald and Alex Grenier scored third-period goals to help push the Comets past the Binghamton Senators 5-2 before another sold-out crowd at Utica Memorial Auditorium. Utica is 23-17-4-3 for 53 points and in third place in the North Division.

Gaunce, who played on a line with Shinkaruk and Grenier on Friday, also added a pair of assists. The line combined for three goals and four assists Friday.

Joe Cannata made 27 saves, including a few key stops in the second period, for his 13th win of the season.

The Comets travel to play the Lehigh Valley Phantoms at 7:05 p.m. Saturday. The teams have split two games this season in Utica, with the Comets earning a 7-1 win on Nov. 25 and the Phantoms winning 3-1 on Dec. 2.