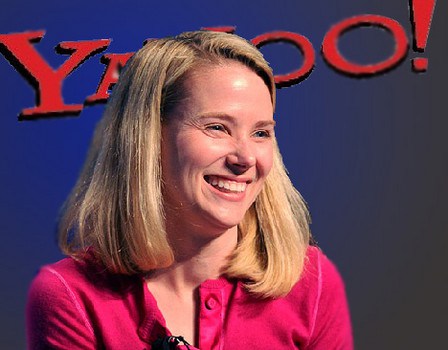 Marissa. Too bad things did not work out for you.

I have tried to give you advice and you never even listen to me.

I have talked as to why if I must be “branded” as French because I sign-in from a French Internet Service Provider. Yes, I know, it is about advertising revenue.   Well, in my case it is 0%. I want to shop, I will go to TRAVELOCITY.COM and book a flight (in English) to New York and shop. I used to enjoy looking at your news items IN ENGLISH. I would get off your mail system, but it is a nitemare to change mail.

The pact marks the final major contract for MTA’s $10 billion East Side Access project, which is aimed at providing a faster commute from Long Island and Queens into the east side of Manhattan, agency officials said in a press release.

The contract calls for transforming two 1,143-foot-long caverns into a terminal station, with more than 12 miles of track work from Queens to Manhattan. Tutor Perini also will build elevators, escalators and staircases to and from the underground station and perform all architectural finishes through the caverns, MTA officials said.

Last month, Tutor Perini was awarded a contract worth up to $79 million to build a tunnel approach and rebuild a bridge in Sunnyside, Queens.

“With the award of these contracts, the eventual completion of East Side Access is starting to come into view, said Michael Horodniceanu, president of MTA Capital Construction Co., which is building the project. “This is the next chapter in the long history of Grand Central Terminal and the growth and development of New York City.”

The work to be performed in Sunnyside includes excavation and construction of an approach structure that will allow the LIRR’s existing tracks to connect to one of the four rail tunnels build below the Sunnyside Yard.

Scheduled for completion in December 2022, the East Side Access project also is expected to reduce crowding at Penn Station and nearby subway stations.

All Aboard Florida on Monday began construction on a rail repair facility that will service its Brightline trains when they begin shuttling passengers between South Florida and Orlando next year.

The facility, just north of downtown West Palm Beach, will be used to repair, maintain, clean and store Brightline’s trains, All Aboard officials said. About 50 people will work out of the 12-are site at 601 15th Street, which is also expected to serve as an office for the company’s conductors, engineers, and on-board service staff.

Initially, five Brightline trains will be housed at the site, officials said.

“Every morning when the train services begin, the train will be leaving from this area,” said Adrian Share, Brightline’s executive vice president of rail infrastructure.

Crews for Archer Western, the firm selected to build the facility, started preliminary work at the site this fall. On Monday, the construction team poured the first batch of concrete in what will become a “maintenance pit.” The pit will allow Brightline crews to work underneath trains to perform required inspections and other daily service.

As part of the project, a warehouse on the site, which had previously been used by the Florida East Coast Railway, is being converted to offices, crew quarters and training rooms.

Brightline officials said they plan to have several full-time employees working at the site. Siemens, the company contracted to build and to perform maintenance work on the trains, will also have employees at the repair facility, officials said.

The repair facility is expected to be completed in July and ready for use in August, Share said.

Monday’s work marks another milestone for the company, which plans to run 32 trains a day along the Florida East Coast Railway tracks with stops in Miami, Fort Lauderdale, West Palm Beach and Orlando. The company plans to launch service between Miami and West Palm Beach in 2017. The West Palm Beach-to-Orlando span is expected to begin by the end of 2017.

“This is a transformative transportation project and it really does change the way people live,” said Adrian Share, Brightline’s executive vice president of rail infrastructure. “Everything we are doing here is state of the art in terms of design and construction.”

Construction has started on the company’s four stations in Miami, Fort Lauderdale, West Palm Beach and Orlando, and crews in South Florida have begun work needed to add a second track to the Florida East Coast Railway line.

Brightline’s trains are under construction at Siemens’ solar-powered plant in Sacramento, Calif. The shell of the first passenger coach is expected to be completed next week, Brightline officials said.

For over 58 minutes the Utica Comets and St. John’s IceCaps engaged in a goaltender’s duel at the Mile One Centre. After that, Brendan Gaunce exploded for two goals to tie, and then win, the game by the score of 3-2 for the Comets in overtime. Gaunce’s overtime tally came just five seconds into the period which tied an American Hockey League record for fastest goal at the start of overtime.

Jon Landry (1-0-1), and Brendan Gaunce (2-0-2) accounted for all the Comets scoring in this one. Landrys goal was his fifth point in the last four games. Michael Zalewski (0-1-1) kept his torrid pace up with an assist. He has now collected seven points (4-3-7) in four games since returning from a two-game stint with the Vancouver Canucks.

The IceCaps opened up the game’s scoring 15:17 into the game when Jacob de la Rose rang a shot off of the post and then cleaned up his own rebound for his second goal in as many nights.

The IceCaps lead would be short-lived, however, as Jon Landry and the Comets knotted the game at 1-1 just four minutes later. With sustained pressure thanks to a power play, Jordan Subban and Michael Zalewski played pitch-and-catch with the puck near the left point. With a defender out of position, Zalewski sauced a pass across the entire zone to Jon Landry who was positioned at the top of the circle to Pasquale’s left. Landry collected the puck and wired a slapshot over the shoulder of the IceCaps’ goaltender for his fifth goal of the season.

The second period went scoreless, but not for a lack of excitement. The goaltenders, Joe Cannata and Edward Pasquale, exchanged highlight-reel worthy saves throughout the middle twenty minutes.

The IceCaps once again regained the lead after Gabriel Dumont jammed a rebound past Cannata with 10:16 left in the game.

It took just five seconds of overtime hockey for Gaunce to strike again. Gaunce took the draw and won it forward. After sidestepping the center, and a defenseman, Gaunce ripped a wrist shot from the top of the circle that screamed past Pasquale’s glove to complete the weekend sweep.

The Comets return home for a rare Tuesday night game when the Wilkes-Barre/Scranton Penguins visit The AUD for the first time this season. Puck drop is slated for 7pm.