Amtrak talks service suspension. Canadian Pacific seeks to acquire Norfolk Southern. A governor/presidential candidate vetoes the repeal of a state’s railroad trespass law. The shuffling of a railroad’s executive deck and the trimming of another. The 2015 class of Rising Stars. A crude-oil train derailment that got congressional attention and an Amtrak derailment that got everybody’s attention. Angst about the 2015 positive train control (PTC) deadline, angst about the subsequent PTC deadline extension bills and the relief/disappointment surrounding the eventual PTC deadline extension. The political football that is transportation bill funding and a late-in-the-second-half story about same. States and cities landing TIGER VII grants. Your news interests were all over the transportation map in 2015. Here are 20 for 2015 — the 20 Progressive Railroading Daily News stories you clicked on most often in 2015:

ould I approve waterboarding,” Donald Trump asked his supporters back in November. “You bet your ass I would. In a heartbeat. I would approve more than that. It works.”

And, he added, “if it doesn’t work, they deserve it anyway for what they do to us.”

Had Dick Cheney returned from the near dead, reborn as a know-nothing carnival barker rattling the bones of American Exceptionalism without the Biblical bullshit? Demagogue for a new day, Trump brings to life our ancestors who stole a continent from Native Americans and then plucked Cuba, Puerto Rico, and the Philippines from a rotting Spanish Empire. He gives voice to white supremacists, killer cops, and ballot-riggers who do not want the lives of black people to matter and do not want their votes to count. He panders to the growing ranks of nativists, each and every one the seed of earlier immigrants, who now despise the “huddled masses” from other parts of the world. And he speaks to the anxieties of white working-class underdogs whom he would inevitably betray.

Trump’s Republican competitors are no less toxic, and Ted Cruz could be worse with his loose talk about using nuclear weapons against Islamic State (ISIS) to see “if sand can glow in the dark.” But let’s not duck the more telling comparison. The nuanced and diplomatic Hillary Clinton could also be extremely dangerous on foreign policy, and much harder for the anti-war movement to fight against.

“This is a time for American leadership,” she told the Council on Foreign Relations (CFR) in November, just after the bloody massacre in Paris. “No other country can rally the world to defeat ISIS and win the generational struggle against radical jihadism. Only the United States can mobilize common action on a global scale, and that’s exactly what we need. The entire world must be part of this fight, but we must lead it.”

Hillary gave a brilliant speech that day, a masterful mix of detail and determination to establish herself as the have-gun, will-travel paladin of liberal intervention. She avoided the old-fashioned conservative nationalism of Dick Cheney and Donald Rumsfeld, for whom might makes right. She sidestepped the neoconservative imperialism of Paul Wolfowitz and William Kristol, who tie themselves to the needs of the military-industrial complex far more than to the desires of right-wing Israeli governments.

Hillary, ever the idealist, takes up arms for the good of others. It’s an old stance that harks back to FDR’s liberal internationalism and the earliest days of the Cold War, and now finds a modern-day echo in historian Robert Kagan’s 2012 book The World America Made, a favorite at the Obama White House. Co-founder of the two neocon flagships – the Project for a New American Century (PNAC) and the Foreign Policy Initiative – and husband of Victoria Nuland, a major player in the US-led coup in Ukraine, Kagan now shuns the neocon label and calls himself a liberal interventionist.

With Hillary as with Kagan, it’s staggering how much they fail to learn from mistakes of the past, whether personal or historic. Re-read Hillary’s speech to the CFR. For all her talk of relying on local troops, she believes with Cheney that the American military hammer should remain our prime response to every terrorist nail in the Middle East. She continues to think Washington should step in when local clients like the Iraqis fail to do our bidding. And she still wants the US to promote regime change.

Just remember. Hillary voted to overthrow Saddam Hussein in Iraq. She helped organize the civil war against Muammar Kadhafi in Libya. She played a cameo role in the second Orange Revolution against the Russian-backed Viktor Yanukovych in Ukraine, and she is again talking up regime change against Bashar al-Assad in Syria. So many mistakes. So little learning.

“I worry,” warned Bernie Sanders, “that Secretary Clinton is too much into regime change and a little bit too aggressive without knowing what the unintended consequences might be.”

How kind Uncle Bernie was being! Among the consequences we know to expect is that a US-led war to drive ISIS out of Syria and Iraq may well succeed in the short-term, but would likely keep us tied down in the region for thirty to fifty years to come. As Mr. Rogers might ask, “Boys and girls, how do you spell neo-colonialism?”

Committed to American Exceptionalism and seeing America as the “indispensable nation,” Hillary’s experience and her ties to the rich and powerful make her deaf, dumb, and blind to the essential truth. American leadership in the Middle East is a big part of the problem, not of the solution.

Worse, she now wants to stir up even more trouble with her “comprehensive plan,” introduced in September, to counter Iranian influence across the region and bolster the confidence of our Arab partners, by which she means Sunni Arabs.

What could be more stupid than getting even more mired down in the middle of a historic sectarian war between Sunni and Shi’a Islam? You might well ask the same question of those who pretend to be part of the anti-war movement but now beat the drums to join with Russian and Iranian imperialism to fight against the Sunnis.

Special teams ruled the Ricoh Coliseum Saturday afternoon as both the Utica Comets and Toronto Marlies recorded multiple power-play goals in the Marlies 4-2 win. The Comets snapped an 0-for-10 skid on the power play and converted on their last two power plays of the evening.

Hunter Shinkaruk (1-0-1), and Jordan Subban (1-0-1) handled the scoring for the Comets, while Joe Cannata recorded the loss. Chris Higgins, in his first game as a Comet, recorded an assist on Subban’s third period goal.

In just his second game as a member of the Marlies, Rylan Schwartz jammed home a rebound from a Viktor Loov slapshot from the point to open the game’s scoring just 2:38 into the game.

Just a minute into the second period Mark Arcobello skated along the goal line and slipped a shot over the short-side shoulder of Joe Cannata to extend the Marlies lead to 2-0.

The Comets cut the lead to one when Hunter Shinkaruk buried his team-leading 16th goal of the season. From the point, Alex Friesen drove a slap shot on net that Garret Sparks was there for. The rebound kicked right back out to the slot to a waiting Brendan Gaunce who quickly one-touched a pass over to Shinkaruk who immediately, and easily buried the puck into the yawning cage. The power-play goal was Shinkaruk’s ninth power-play goal, which leads the team.

The Marlies regained their two-goal lead when Kasperi Kapanen forced a rebound past Cannata as he scrambled in the crease.

Late in the third period the Comets clawed back to within one when Jordan Subban walked into the high slot and ripped a wrist shot past the glove of Sparks. Chris Higgins recorded the secondary assist on the play, his first point as a member of the Comets.

The Comets finish the weekend with another 3 p.m. afternoon game against the Toronto Marlies tomorrow at the Ricoh Coliseum. 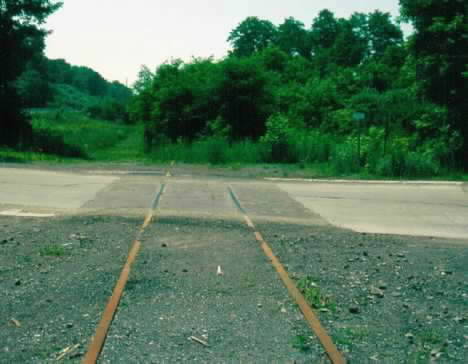 The folks over at the Abandoned Railroads At YAHOO Groups  found something for you.

They know how much our readers are entranced and mystified by abandoned railroads so they have put together a MUST SEE list for you.

THE GEOGRAPHY OF TRANSPORT SYSTEMS

Exploring 6000 miles of abandoned rail lines in a converted pickup

Abandoned Railroads Of The US

The Johnson Canyon Abandoned Railroad Grade: A History of 9.3 Miles of TreacherousRailroading in Northern Arizona.