We have been covering Oregon beer because it is so WILD and popular. Now, even our Oregon friends who vacation in Nice, France at La Canne à Sucre are giving us more and more ideas about beer and beer festivals.

One of the highlights of our year is the Little Woody Barrel Aged Brew Festival!  It’s held every year over Labor Day weekend, and it’s just a blast. Craft breweries from all over the state age some of their brew in bourbon barrels, wine casks, or whiskey barrels, and the results are delicious! The bourbon-aged blacks are usually my favorite, but there are always new yummy tastes. They have a bigger festival in Portland (appropriately called the Big Woody) 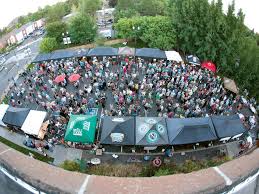 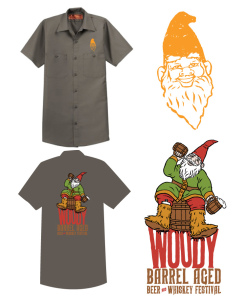 Find out about Fun and Fair Promise

All Aboard Florida will begin early next year pouring the concrete that will form the foundation of its $29 million train station and rail platform under construction near CityPlace.

Construction crews are in the process of preparing the site for the foundation work, which is expected to begin in the coming weeks, the company said.

The first concrete foundations are expected to be poured along the western side of the rail line. The foundation work will ultimately form the base of the structure that will hold the station’s escalator and elevator.

The concrete foundation that will support the station’s lobby is expected to be poured during the first quarter of 2016, the company said.

All Aboard Florida’s Brightline rail service plans to run 32 trains a day along the Florida East Coast Railway tracks with stops in Miami, Fort Lauderdale, West Palm Beach and Orlando. The company plans to launch service between Miami and West Palm Beach in 2017. The West Palm Beach-to-Orlando span is expected to begin by the end of 2017.

In February, crews in West Palm Beach will begin working on the 40-foot and 70-foot V-shaped columns that will be dominant structural pieces at Brightline’s stations.

Meanwhile, the company said it expects a third delivery of rail beams to arrive early next month. The material will be used to add a second track to the FEC line as part of the company’s cross-state rail system.

In Palm Beach County, crews earlier this year began preparing land along the FEC corridor to make way for the new track. All Aboard said roughly 40 rail crossings between Miami and West Palm Beach have been upgraded as part of the rail project.

The West Palm Beach station is one of four the company is building as part of the express passenger rail line planned between Miami and Orlando.

Vertical construction is already underway at the company’s station in downtown Miami, known as MiamiCentral, and an adjacent office and retail building slated to become Brightline’s future headquarters.

Foundation work on the company’s station near downtown Fort Lauderdale is expected to start next month.

After a flurry of construction news last summer, All Aboard Florida’s focus in recent months has been on marketing.

In November, the company unveiled the name of the passenger rail service, Brightline, and the look of its trains.

The week before, it sent a team to an international tourism trade show to tout its service. All Aboard has also asked for an extension on the sale of its bonds.

The Utica Comets didn’t start the new year off like they had hoped. The Comets suffered their third consecutive loss when they fell to the St. John’s IceCaps 3-1 at the Utica Memorial Auditorium on Saturday night.

Joseph LaBate (1-0-1) was the only Comets player to successfully find the back of the net. Defenseman Jordan Subban (0-1-1) picked up a helper on the goal, running his point streak to five games.

The Comets applied heavy pressure early and fired the game’s first three shots on goal before an offensive zone turnover resulted in the IceCaps first goal just 90 seconds into the game. A mishandled puck at the blue line sprung Lucas Lessio on a breakaway. Lessio faked a shot which brought Bachman to the ice, and swooped around the goaltender’s extended pad for the unassisted tally.

Just a few minutes later it looked like the Comets had tied the game thanks to Carter Bancks. However, all the excitement was for naught, as the referee waved the goal off due to a high stick after a short meeting with his linesmen.

Just a few minutes later the IceCaps scored their second goal in just as many shots. Jeremy Gregoire received a cross crease pass from Markus Eisenschmid, and buried the eventual game-winning goal.

With nearly ten minutes gone by in the first period, the Comets were able to cut the IceCaps 2-0 lead in half. LaBate got behind the IceCaps defense, walked in all alone on Tokarski, and ripped a shot over the goaltender’s shoulder for his second goal of the season.

The game remained locked at 2-1 until four minutes into the third. Brandon McNally added an insurance goal when his shot from the blue line somehow slipped through the pads of Bachman and into the net.

With the loss the Comets record falls to 16-12-3-2. The Comets penalty unit came in strong once again, successfully killing all four of the penalties called on them, and running their penalty-killing streak to 12 straight.

The Comets will look to snap their three game losing streak when they hit the road next week for a three-in-three. The road trip starts off in Binghamton on Friday where the boys in blue will face the Senators. Puck drop is scheduled for 7 p.m.