Is the Federal Reserve nothing but a tool for big banks? According to an op-ed by Sen Bernie Sanders (I-VT), it sure looks that way. The presidential candidate and hero to millions of progressives made the case for an audit, tighter controls, and other measures to rein in the nation’s central banking system.

There are clearly problems with the Fed and it’s very mixed charters to tame inflation, encourage full employment, maintain the value of the US Dollar, and regulate banks. The more presence and power the Fed gains the more this is an important issue. But today’s “progressives” aren’t in a mood for just reform – many are in a mood to “End the Fed!”

While that position is understandable it’s horribly misguided. But it’s a great highlight for the tension inherent in not-that-subtle difference between a “liberal” and a “progressive”.  And it’s ultimately a rather irresponsible position that… 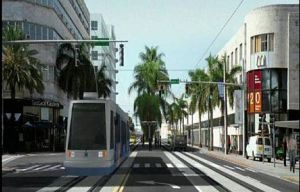 Previously known as the ‘Baylink’, the project was first proposed in 1988 and presented again in 2002.

No doubt you’ve all heard about the proposed merger of NS and CP.  As of now most observers feel there’s less than a 50-50 chance it would happen.  But if it did, it would give the merged railroad control of Indiana Harbor Belt Railroad since it would own 74.5% of the common stock.  Hunter Harrison, CEO of CP, has for several  years indicated he wanted control of IHB, saying he could run it more efficiently and in a way that would reduce rail congestion in the Chicago area.

He has at least twice before tried to acquire IHB, and each time he was refused by both NS and CSX, who jointly own 51% of the Harbor.

NS has not yet said yes to CP’s merger proposal, but even if they were to say no, CP would probably launch a hostile bid.  If (and that’s a big “if”) CP succeeds in acquiring NS, the Harbor’s independent existence would be threatened.  It may well disappear as a separate entity.