Then came the battle of Bakri where the 19th and 29th held the road for several days although they were being attacked on all sides.  The men who survived fought their way back…destroyed their equipment and tried to filter back in small parties.

Next, the Japanese concentrated on the Batu Pahat…they landed men in sampans.  Troops had just arrived from England and were quite unused to Malayan conditions and they were unsuccessful in landing at Batu Pahat.  This meant our force at Gemas was almost cut off.  Our withdrawal from the Gemas area was one of the saddest events of the campaign from the Australian point of view.  During the next week the whole force was gradually withdrawn.

Sadly the men crossed the causeway to Singapore Island.  Our position was strengthened by the arrival of the 4th (W.A.) Machine Gun Battalion…

this is it and

this is what I

then let me leave

let me walk away

back to this place 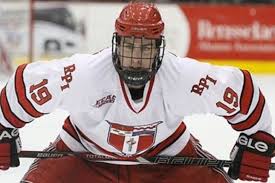 Despite outshooting the Syracuse Crunch 48-28, the Utica Comets lost 2-1 Saturday night at the War Memorial at the OnCenter. The Galaxy Cup series is now knotted at two points apiece.

Michael Zalewski (1-0-1) scored his third goal in four games, while Joe Cannata made 26 saves in the loss for the Comets.

It took over 30 minutes of game time for the scoreless tie to be broken. Syracuse Crunch’s Nikita Nesterov let loose a slap shot from the point that Cannata gathered up. A split-second later the puck trickled out from the goaltender’s equipment and behind him. Joel Vermin pounced on the loose puck to stake the Crunch to an early 1-0 lead.

90 seconds later Zalewski erased the Crunch’s lead with his third goal of the season. From just inside the blue line, Zalewski unleashed a slap shot that whizzed by Kristers Gudlevskis before the goaltender even had a chance to move. Andrey Pedan, and Taylor Fedun recorded assists on the goal.

The Crunch regained their lead just a minute into the third period when Matthew Peca walked the puck out from the corner, weaved around a Comets defender and slipped a wrist shot under the glove of Cannata.

With the loss the Comets record fell to 5-6-1-1 on the season, while the win improved the Crunch’s record to 7-4-0-1 this season. The Comets power play failed to convert on four chances, and the penalty-killing unit was successful four out of five times.