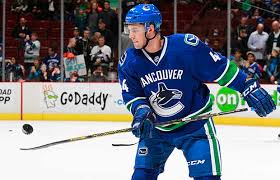 In as dramatic fashion as a game could possibly get, the Utica Comets defeated the Chicago Wolves 2-1 Wednesday night in Game 3 of the Western Conference Quarterfinals at The Utica Memorial Auditorium. In the process, the Comets now have the advantage in the series by taking the 2-1 lead.

Darren Archibald (1-0-1) and Adam Clendening (1-0-1) each scored a goal for the Comets, and Jacob Markstrom stopped 26 of the Wolves’ 27 shots en route to their second overtime victory of the series. Wolves’ goaltender Jordan Binnington put on a performance to remember but the 50 shots he stopped wasn’t enough to stall the Comets.

The Comets had a 17-3 shot advantage at the 17:27 mark in the first period but that didn’t make a difference as the Wolves found the back of the net first after a turnover at center ice just a minute later. Center Colin Fraser pursued the puck and raced down the right wing only to release a slap shot from the boards snuck past Markstrom for the 1-0 lead.

After a shot-riddled second period where the Comets racked up another 15 shots the next goal wasn’t discovered until the 6:58 mark in the third. Luckily for them, it was Clendening who found the Comets their equalizer on the power play. After receiving a feed just above the slot from Alex Friesen, Clendening let loose a slapper that hit the back bar behind Binnington for the power-play goal. Cal O’Reilly was credited with the secondary assist.

After punishing Binnington with 44 shots on net through three periods, overtime was still a necessity.

At 10:58 in the first and only overtime period, Darren Archibald was on the receiving end of a heads-up play by Travis Ehrhardt. As Archibald sped into the Wolves’ zone, he lifted a shot towards the far side and finally beat Binnington on the 52nd and final shot of the game for the 2-1 game-winning goal.

Two out of the three games played in this series have now gone to overtime with a total of 214:08 minutes played through three games.

Game 4 of the Western Conference Quarterfinal between the Comets and Wolves is set for this Friday, May 1st at The Utica Memorial Auditorium. Puck drop is scheduled for 7 p.m. Tickets for Game 5 will be on sale Thursday but the game will only be played if necessary.