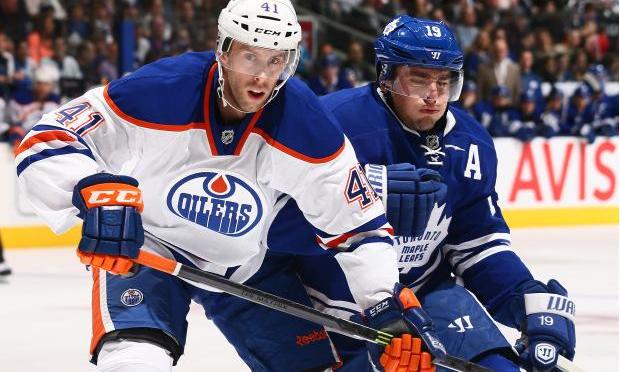 Will Acton (above), recently traded in from the Oilers, scored the lone Comets goal.

Joe Whitney scored on a power play midway through the third period and the Albany Devils edged the Utica Comets 2-1 in an American Hockey League game Saturday at the Times-Union Center.
The Comets, who had won their previous two games, are 14-5-2-0 and still in first place in the North Division. The Devils, who have defeated the Comets in all five meetings since Utica returned to the league last season, are 10-6-1-4 and in second place in the Northeast Division.
Graham Black scored the other goal for the Devils, and Keith Kinkaid made 28 saves to pump his record up to 6-1-2.

, making his first start for the Comets this season after spending most of it with the California Reign in the East Coast Hockey League, made 22 saves.

The game was the third in four nights for the Comets, who will do the same thing on their upcoming trip to the West, playing at Oklahoma City Tuesday, Texas Wednesday and San Antonio Friday. It was the 14th one-goal decision in 21 games and fourth in a row for Utica, which is 9-3-2-0 in those games.
The Comets will not return to the Utica Memorial Auditorium until the Rochester Americans visit Wednesday, Dec. 10.


Find out about Goals and Fair Promise